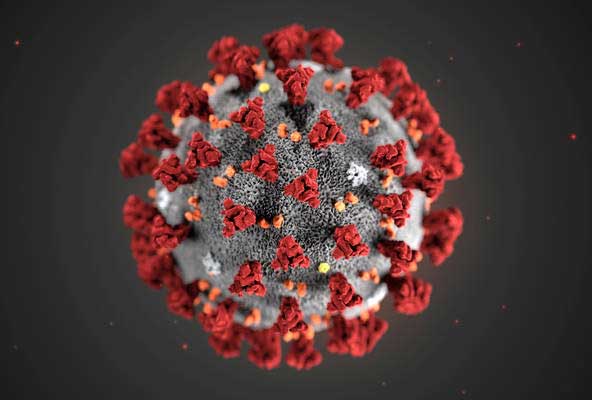 HAVANA TIMES – When the COVID-19 virus travelled from Wuhan, China halfway across the world through Europe, the Americas and beyond in the space of a few weeks, it gave us proof, if one was ever needed, of how tightly interconnected we all are. Not only are our globalized economies interdepended, but also we ourselves are one with the environment around us, and with one another.

We are one humankind sharing one planet. And yet, all too often we seem to forget it, as we carelessly revert to misguiding differences between “us” and “them.” Take, for example, the distinction between rich and poor countries, or as economists put it, between advanced economies and least developed countries. In the face of COVID-19, the only difference that matters is if we are sick or healthy. Other than that, we are all the same, regardless of economic status or geographic location.

Or are we really? Clearly we do not mean to say that differences do not exist. Indeed, the virus has shown us that, far from being the great leveler and equalizer that it was initially purported to be, it matters who you are and where you are. It matters if you are an African American in Chicago, a member of the First Nations in Northern Canada, a Rohingya refugee in Myanmar, a Dharavidweller in Mumbai, an informal worker in Nigeria, an older person in a residential home in the UK, an inmate in a South American prison, a meat processor in America, an immigrant labourer in a dormitory in Singapore, a female healthcare professional in any hospital around the world, or someone on a low income just about anywhere. It matters a lot.

It makes the difference between being infected or not; between having access to testing or not; between health and illness, life and death. COVID-19 may be a challenge we all face, but it is our ability to respond to it that differswhether within or between countries.

People in the developing world are most at risk. Take, for example, the first line of defense against the virus, as recommended by the WHO: frequent hand-washing. While this is part of daily life for all of us in the North, the latest UN SDGs Progress Report reminds us that 2 out of 5 people worldwide do not have a basic hand-washing facility with soap and water at home. In the least developed countries, it is less than one out of three people (28 per cent). This means that, globally, an estimated 3 billion people are still unable to properly wash their hands at home, and are therefore deprived of the most basic and effective prevention measure against COVID-19.

Or look at extreme poverty, a scourge that burdens the developing world most. According to the World Bank, COVID-19 has the potential of pushing an additional 40-60 million people back into extreme poverty. This would be an unfortunate reverse in decades of progress against global poverty.

To make things worse, developing countries risk being hit by COVID-19 at the time when their economies are already weakened by the effects of low commodity prices, fleeing foreign capital and weakening currencies. In some instances, this volatility impacts the prices of food, with potential deleterious effects on the nutrition of the most vulnerable.

In the face of COVID-19, the advanced economies cannot afford to leave the developing world to fend for itself. After all, developing nations now suffer the impact of the pandemic through no faults of their own, the virus having reached their shores from the North, in the form of international travel.

There is a real possibility, even likelihood, of major fiscal and financial crises in several large emerging economies and perhaps dozens of smaller ones. This would hamper our efforts to bring the pandemic under control.  It would trigger social instability that is hard to reverse, and compound existing humanitarian crises.

Even without invoking the moral imperatives dictated by our common humanity, it is in the political and economic interest of every country that the developing world is protected and spared the worst of this crisis.

The good news is that we know how to do this. Our multilateral system is designed to face multidimensional challenges and has decades of experience: the WHO to help keep the pandemics under control, the FAO to help identify the food import needs and food supply bottlenecks, the IMF to promptly fund what is needed, the World Bank to help rebuild, etc.

What is now needed is adequate urgent international financing coupled with unequivocal political support. We need a “pandemic Marshall plan” for the developing countries, possibly in the form of a massive open spigot from the IMF, to do what the Fed did in the U.S., or the ECB in Europe, to inject liquidity, help orchestrate a rollover of sovereign debts and avoid the risk of a financial crisis.

It is true that COVID-19 knows no borders and makes no distinctions when it strikes. In that sense it is the ultimate global challenge. But countries are not equally equipped to deal with it, and it would be bad for the world if differences between nations blunt the collective response.

The world needs the multilateral system like never before: budgets should be increased and not cut, and political support should be undivided. Our world is tightly interconnected: we are only as strong as the weakest amongst us.

2 thoughts on “With Covid-19, We Are Only as Strong as the Weakest of Us”