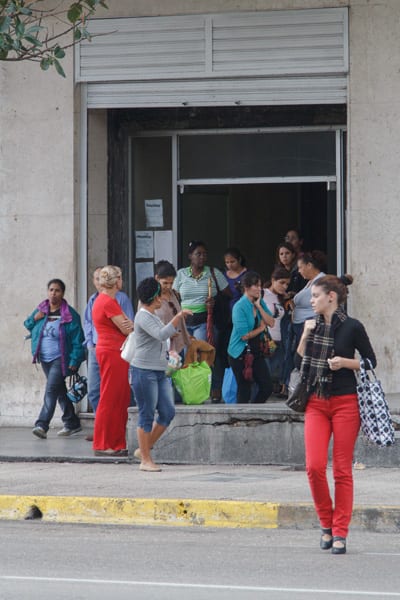 HAVANA TIMES — Amarilis always tells me the story of how she finished her doctorate: “with my heart”. She used to come home from work and have to help her kids with their homework, cook, wash up, leave something prepared for the next day… It would already be 11 PM by that time. It was only at this hour, when everything else had been done, that she could sit down in front of the computer. “I wouldn’t have managed it without coffee,” she jokes.

On the same block, two doors down on the right, Carmen complains: “I’m fed up…”. Sometimes, she doesn’t say it, but she thinks it; she thinks this quite a lot. Because it seems that everybody needs her: her husband, her children, her parents… This, plus having to “invent” what she can put on the table at dinner, taking on the thousand things that need to be done around the house,  which bleed her of her talent, her vision, this “something more” that life should be.

Women make up 66% of the country’s technical and professional workforce, 53% of employees in non-agricultural cooperatives, 60% of medical staff and 80% of judges. However, these figures speak “outside the home”.

Inside the home, like some of Henrik Ibsen’s heroines, most Cuban women become the key pillar. The providers, peacekeepers, cleaners, feeders, responsible for the family’s elders and young ones… This implies an “overload” which makes them more vulnerable and limits their opportunities.

According to statistics from the National Statistics and Information Office (ONEI), men were the “heads” of 53.8% of Cuban households in 2015. Predictions calculate that by 2024, the levels of male and female leadership will be even more equal; and female supremacy as leaders in their homes will reach 52.5% by 2030.

This will be influenced by the consistently high level of divorces and separations in Cuba. Taking Cuban women’s social and professional achievements into account, maintaining a household by themselves is becoming the normal thing to do. “I am mommy and daddy,” I’ve heard lots of them say, summing up their circumstances. Although fathers pay child support, this contribution established by law is merely symbolic. [Since their salaries are symbolic too.] In any case, they need more than money. 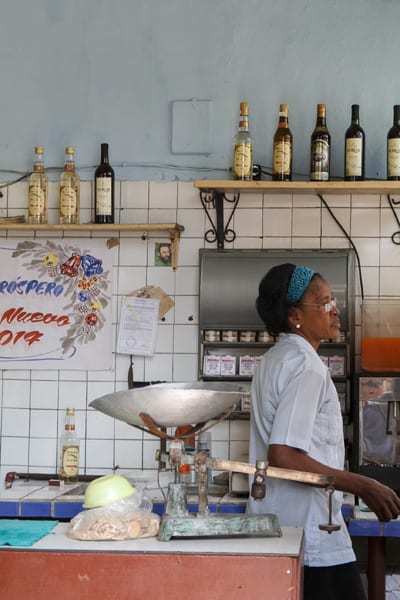 It’s not exclusive to being married or not neither. Article 27 of the Family Code states: “Partners are obliged to contribute to satisfying their family’s needs (…). Nevertheless, if one of them only contributes to this subsistence with their work in the home and looking after the children, the other partner should fully contribute to said subsistence, without prejudice of having to help out with this housework and care.”

According to Amarilis, this clause confirms the saying that “you can say what you like on paper”. In her opinion, women’s empowerment has a bitter aftertaste: “we have gained rights, but we haven’t lost our duties.”

For example, in many households, when women are unable to carry out their chores – because of sickness or other reasons -, the responsibility of doing these doesn’t pass onto the fathers, but daughters who are “old enough” to take this responsibility on.

Researchers Dayma Echevarria and Teresa Lara note that the roles the majority of women are assigned and take on even include a wage gap because of their gender. “Gender division in the workplace, they are given the role of looking after their children, parents, in-laws and other relatives, and this has a direct impact on absenteeism rates among female employees. Therefore, work absences contribute to them receiving less wages.”

Up with the times?

At the end of December, the Ministry of Labor and Social Security estimated that there were over 535,000 people who were self-employed in Cuba, out of which only 32% were women.

Their incorporation into the private sector has been marked by prejudice and inequality and comes as no surprise. Government media and officials have recognized the fact that small business owners specifically choose young and beautiful female employees. Those outside of the common standards of “good physical appearance” don’t make the cut.

“It’s true that everything isn’t rosy and that negative phenomena do exist, such as the exploitation and discrimination of women, but these are greater social problems that can be found in every space,” remarks Gilberto Valladares (Papito), the owner who manages the Arte Corte project. 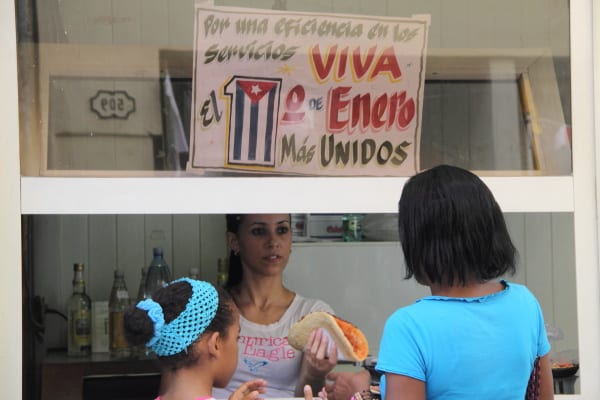 The majority of these 32% of self-employed women are hired help – not owners -, especially in rental and food processing businesses, and aren’t employed in areas that relate to the skills and knowledge they have, in spite of the fact that they make up the country’s most important technical workforce.

“While self-employed women have been identified as having a greater level of empowerment and reveal a change in their family, social and community roles, this isn’t such a widespread phenomenon among all the women who work for business owners as salaried workers and in supporting roles,” Echevarria explains.

On the other hand, new taxes in the State-run business sector were introduced last October: those who earn over 500 Cuban pesos (approx. 25 USD) and receive an additional income relating to performance, managerial improvement or distribution of profit, have to now pay a special contribution to social security: 5% of their wages. Those who receive 2500 Cuban pesos or more will have to pay a tax on personal incomes, laid out at 3%.

However, these tax contributions are “blind”: the difference between a woman with three children and another woman with no children isn’t taken into account, looking after old people or not isn’t distinguished either; if your salary is the only one in the household or whether there is somebody else to share the bills with.

According to an old axiom, treating unequals equally creates more inequality. “Even when the new Tax Law declares equal distribution of income as the main objective, the unequal treatment of men and women within this system isn’t taken into account,” economist Saira Pons points out.

Teresa Amarelle, the general secretary of the officially recognized Cuban Women’s Federation (FMC), claims that “there isn’t a single public policy which has been approved without taking the FMC’s opinion, and therefore that of Cuban women, into account. As our organization is set up across the country, it allows us to if confirm that these policies are being met and to also push for change if necessary.” Well, in this case it seems pretty necessary for them to push for change. 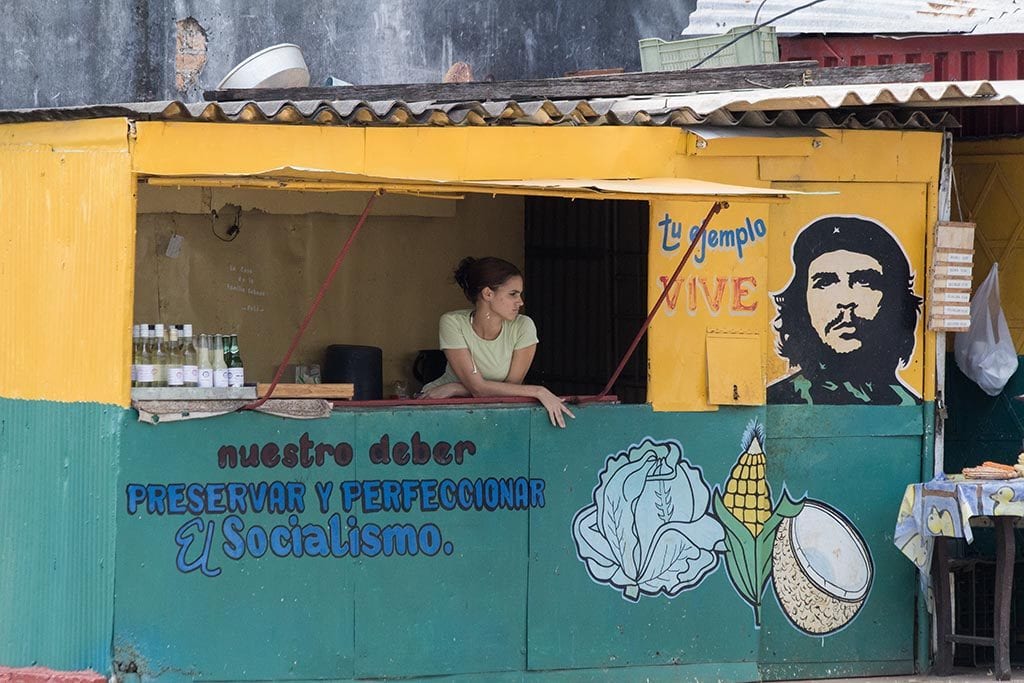 It’s a fact: a patriarchal culture and machismo still persist. However, while the mentality here doesn’t change, we can and should do something. In Echevarria and Lara’s opinion, recognizing domestic chores and caring for others needs to be recognized as work, this “invisible productivity which is created at home.”

“While paid work has laws, advocates and associations, unpaid work is unrecognized. Unpaid work needs to be seen so that it can be incorporated into public policies and daily life, as today’s situation calls for there to be a greater conciliation between family and work.”

The Spanish writer Almudena Grandes describes it like this: being a woman is having the skin of a woman, two X chromosomes, and the chance to feed the children which the macho of our species creates. The rest is culture.

In order for Cuba to really catch up with the modern day, the concept has to include gender-focused laws, public policies which take our differences into account and create opportunities. A philosophy professor at Havana University returns to the wider perspective: “Socialism seeks the complete fulfillment of man… and woman.”

One thought on “Cuban Women without a Man”