HAVANA TIMES — During 2015, a total of 2174 Cuban children and teenagers suffered reported acts of physical abuse, grooming, rape, sexual abuse, pedophilia, statutory rape and incest. Such cruelty is an offense which should make us all ashamed.

Cuba isn’t the only country in the world where these atrocities take place. According to a World Health Organizations report, “150 million girls and 73 million boys under 18 years old, had forced sexual relations or suffered other forms of sexual abuse.”

In the US, almost 25% of teenage girls and 10% of boys have suffered some kind of sexual assault, abuse, robbery or attack, and is also the country which holds the cruelest of records: the highest child murder rate.

An Australian government committee determined that 4,444 minors suffered reported sexual abuse at the hands of members of the Catholic Church in this country. The criminals of these crimes were 597 monks, 572 priests, 543 laymen and 96 nuns”.

The statistics above give us some kind of context for analyzing what is happening here in Cuba, however, in this case the problem being greater somewhere else doesn’t provide any relief. If this continues at the pace of 2015, in a decade we could have a line of abused minors which would cover the Havana Malecon’s 5 miles!

We can think of a thousand excuses, tell ourselves that there will always be sexually perverted adults in any society, that it is impossible to know what happens behind everyone’s closed doors or that the number of minors who suffer this abuse is much smaller than that in other countries.

However, we shouldn’t be thinking about what is out of our reach and control but rather about how much still needs to be done at home. If we were able to stop even one of these 2,174 minors from being abused, we would have made a huge difference.

Just recently, a former teacher in Miami was accused of taking young Cuban women to the US to prostitute them. Likewise, some tourists believe that they can have sex with girls in Cuba regardless of their age; some of them are even paying for this mistake in Cuban jails.

Immigration officials warn private hostels and large hotels to always make a note of the ID of any Cuban escort who stays with a foreigner and that they should never allow them to enter if they are under 18 years old, under no condition.

However, what most concerns Cuban authorities are private apartment rentals, where the landlord has no control over who enters. And there is nothing that warns the tourist about the severity of the crime they are committing when they have sexual relations with a minor.

What can we do?

Cuban society has the framework which can prevent this kind of child abuse but its first essential that they are put to the task at hand 100%, it’s of the utmost importance that those involved are trained to pick up on early signs of these kinds of abuse. 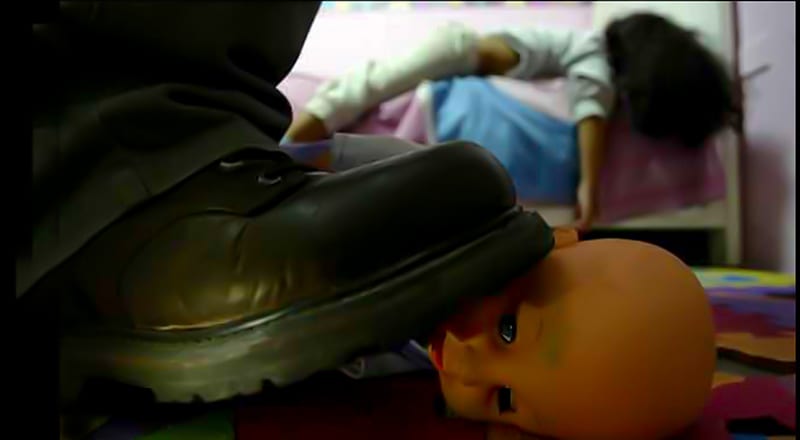 The Ministry informed us that 300 officials at the Cuban Attorney General’s Office, Courts, Public Health and the Federation of Cuban Women have received training in preventing and detecting cases of sexual exploitation, as well as child sexual abuse within the community.

Clearly, things are being done with regard to this matter but even so, the problem isn’t of public knowledge to the millions of people who make up social organizations, especially at a grassroots level, where it is easier to pick up on this kind of abuse.

Cuban media hardly talk about this issue; they don’t publish news articles about child abuse nor about the sentences given to those guilty, in spite of the fact that informing the general public would help in giving the problem, which greatly affects the most vulnerable within our society, visibility.

Due to this lack of awareness, this issue doesn’t concern most Cubans, it’s almost as if it doesn’t exist and nobody is suspicious of relatives and friends, without suspecting that in the majority of cases, abusers belong to children and teenagers’ inner circle.

This isn’t about the fact that little has been done up until now, it’s rather about the fact that we can always and should always do more and give visibility to such an important issue, both to those who can help victims as well as to the abusers, who need to know that they will be delivered a harsh sentence.

Cuban society doesn’t tolerate child abuse, many ask for the death penalty and the police have had to intervene on more than one occasion to prevent people from lynching abusers. Cubans and foreigners who serve sentences for these crimes even need to be protected from other prisoners.

This social spirit of rejection and punishment, if put into practice within a greater prevention strategy, could be decisive in reducing the number of abused Cuban minors. Every child or teenager who is saved is our greatest victory.

2 thoughts on “The Child Abuse Situation in Cuba”