HAVANA TIMES — Having finished recording her most recent album with an African label, Cuban musician Lindiana Murphy treats us to a wholly new experience and pieces that have already earned acclaim among listeners on the island. “The women in Angola were the ones who taught me the most,” said Lindiana in her interview with HT.

HT: How did the idea of approaching Angola’s music market come about?

Lindiana Murphy: Life is a bundle of beautiful surprises. Angola actually came to us, through a businessman named Higinio Carneiro. During a visit to Cuba, he heard our music and invited us to participate at the 23 de Marzo Festival, which was going to be held for the first time in Angola’s province of Cubango. That’s how we had the privilege of playing in front of 45,000 Angolans the night of our performance, and to make this audience dance for 30 minutes during the concert. That is how the idea of recording there with the Letras y Sons label arose.

HT: What is the essence of this album, titled Terras?

LM: Terras means “Lands” in Portuguese. The central aim of the album was to bring Cuban and Angolan culture together, their languages and nostalgia for their common history and struggle. That’s why you come across a number of oddities in the album, such as a danzon in Portuguese, or a Kisomba in Spanish. You’ll also find a mix of Afro-Cuban rhythms and son in a wonderful Angolan classic, sung in a Quimbundo dialect known as Muxima. It’s a melody with a life of its own which manages to reach even Cuban audiences.

HT: You sing in your native language, but there are pieces written in Portuguese also.

LM: When I spoke about how gratifying life can be, I should also have mentioned that conceiving such a daring album was also very challenging, for I had to sing in other languages and write songs in Portuguese in the short term of three months. It was very difficult and daring. Of the album’s 10 tracks, 7 are mine. You’ll also find a piece written by Adelino Moreira, made popular by Cesaria Evora, the “Barefoot Goddess.” The name of the piece is Beijo Roubado. The album also includes Acontece, one of the many pieces written by the executive producer of the album, Higinio Careiro, and the classic folkloric piece whose author is unknown, Muxima.

HT: What can you tell us about the most upbeat piece in the album, Maria quere danzar?

LM: Getting started is always the hardest thing, and the empty page stares at you while you’re looking to find your muse. I had the perfect muse to start writing the pieces for this album. The song Maria quiere danzar was inspired by my mother, whom I consider a Cuban independence fighter of the 21st century, for, despite all of the difficulties that a Cuban woman faces in life, she’s still like a child, always dancing to music on the radio. Feeling nostalgic for Cuba and very much under pressure, I started to miss my mother and pictured her doing what I knew she was doing across the ocean, dancing non-stop. So I decided to combine Semba, an Angolan genre, with our merengue, and to mix the two languages, Spanish and Portuguese, in a single piece. I believe they call that mix “Portuñol.”

HT: Did the concerts held prior to recording the album in Angola, the land that inspired your music, have a great impact? 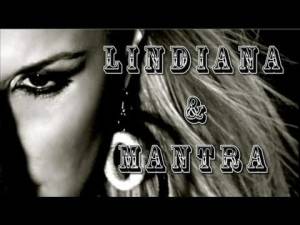 LM: I could say they did. The concerts we held in many of Angola’s provinces were a success. Some were documented by TPA, Angola’s national television. In each of the concerts, we put the music we would later record for the album to the test, gaging the public’s reaction. The album will be officially launched in Angola, but only after we finish recording the third Mantra album, which we are working on now. It is entirely focused on Cuba today, and is titled “Isla.”

HT: How did getting to know the African continent up close affect you as a person?

LM: That’s a great question you ask. I had the opportunity to see how the locals live. They lack many things, but they don’t feel the obsessive need to have more, nor do they feel upset over this. They are grateful for what they have and you always see them dancing. The women in Angola were the ones who taught me the most. They carry their children on their chests or backs, and I never once heard any of the hundreds of children I saw on their laps cry. They have many children but none of the stress of not having the ideal conditions to raise them in. I noticed much more happiness and humanity there. I haven’t felt anything similar in many of the First World countries I’ve been to.

HT: Will you record any other albums with this Angolan label?

LM: I leave the answer to life, for it was life that brought us this experience and this album. We’ll have to wait and see what paths Terras follows. It was very gratifying for me to record the album with Letras y Sons, I hope I have the pleasure another time.

LM: From the start, our project, Mantra, risked doing a kind of music that was entirely new to our country, where we have a lot of musical tradition and the impulse to pigeonhole everything. We’ve had to pay the price of making slow progress, gradually exposing Cuban audiences to our art, and we have achieved this thanks to the sincerity of our work.

I am from a generation that saw the triumph of globalization and had the privilege of listening to folkloric music from many corners of the planet. I was spellbound and marked for life by all this diversity. Of course, when one writes music, all of this comes out spontaneously, and I am being honest when I say, like Jose Marti, that, for me, “my country is humanity.” For me, music is simply creation. I don’t like sticking to rigid structures, but I do study and respect the foundations of each tradition in order to mix them and avail myself of the best of each. In addition, I can mold this entire musical universe to make it the basis of the messages I need to express, which are ultimately what matter most to me.

HT: Tell us about your participation at the Les Voix Humaines Festival (Sept. 25 – Oct 18), organized by Maestro Leo Brouwer.

LM: See, these are the kinds of surprises that life miraculously brings to us. Through one of those souls that come into our lives or cross our paths, we were put in touch with the office of Leo Brouwer and, after listening to Terras, he invited us to participate at his prestigious festival. And we will be there, giving it all, as we always do, proud to be taking part in the island’s most important music event.