By Dmitri Prieto and Yusimi Rodriguez

HAVANA TIMES — We bring you part two of our interview with Isidro Estrada, a Cuban who has spent the last 15 years living in China. He gives us insight on the country often looked on as a model by the Cuban government, trying to kick-start a stagnated economy while at the same time maintain power.   (See part one of this interview)

Dmitri: How does the social behavior of the Chinese differ from ours? Do they coincide with us in their judgments when they have to categorize someone as good or bad?

Isidro: There are different shades of belief marked by Confucianism and by Maoism, but in general they have very rigid standards.  As Latinos, we are very given to forgiveness.  Although Confucianism promotes this, it’s difficult for them to pardon someone.  The government’s argument, when the international organizations criticize the death penalty, is that the entire country supports it, so it would be antidemocratic to eliminate it; that’s true.  There are now fewer criminals sentenced to capital punishment.  But corruption, for example, almost automatically brings the death penalty.

Dmitri: Is it only the Han who perceive China as the country in the “center of the world”?

Isidro: The government dedicates a great deal of propaganda to the goal of having every Chinese citizen share this concept of China as a country, regardless of their background.  However, in day to day affairs, the Han exercise greater weight numerically.  This generates tensions despite the efforts of the Central Administration to promote other minorities through a series of favorable measures, like special consideration for University for example, and to identify themselves with the entire Chinese population.

Yusimi: A little while ago you told us that in general the Chinese don’t want to talk about politics.

Isidro: Yes, among other things because they’re mainly interested in improving their personal economy.  And the lesson of Tiananmen is still fresh in their minds.  It’s easier to look for money to emigrate to another country, or to start a business and assure oneself of a high standard of living.  Why should one stand up to a machine against which they can do nothing?

Dmitri: How are the major events of the twentieth century remembered in China?

Isidro: I showed my mother-in-law the data regarding the hunger generated by Mao’s “Great Leap Forward”.  She answered: “That may be true, but we don’t speak of this because the Party doesn’t want us to: you could lose your job.”

Dmitri: Would a young person say the same thing? 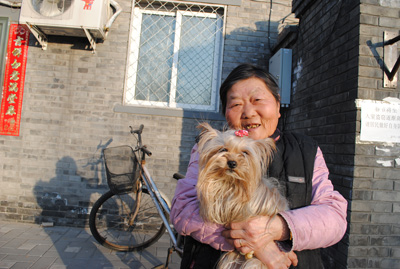 Isidro: In the newspapers many people go beyond the official position.  The People’s Daily (Chinese version of Granma) had to create a kind of tabloid so that the less official sectors could express themselves.

The recently graduated university students know nothing of the Great Leap Forward or the Cultural Revolution, nor are they interested, but I studied those events and know about them.

What they are interested in is karaoke and video games, and the officials prefer it that way.  They want the Chinese youth to support the Chinese political cause, rather than be in solidarity with other countries or anti-imperialist.  China has no practical participation in the World Youth and Student Festivals.

Yusimi: How was homosexuality treated under Mao, and how has this evolved with the reforms?

Isidro: This topic could be an article in itself.  Under Mao it was a crime.  It has been difficult for the Chinese to leap forward on this issue because there was a lot of backwardness in comparison with other countries.  The perception of homosexuality today is more positive.  There are organizations of gays and lesbians.

Dmitri: Are they legal? Does the government promote them as a reality?

Isidro: At least it accepts them.

Dmitri: But are they projected as a feature of society in the Chinese international press?

Isidro: The tabloid that I mentioned before publishes items like: “Such and such a person had a gender change”….

Yusimi: Does the Chinese version of Granma, the People’s Daily publish these items too?

Isidro: For the Chinese family, the preservation of the family name is important and when there are no children, this is lost.  Many gays marry women to please their parents, and later look for a homosexual partner.

Dmitri: Can’t they adopt?  When there’s an adopted son, isn’t the family name and lineage maintained?

Isidro: Adoption by gay couples is still not viable.  Adoption in heterosexual couples is seen in extreme cases, such as when the woman is infertile, but passing on the last name is fundamental.

Dmitri: What’s happening on the topic of abortion and the one child policy?  Are there any opposing groups?

Isidro: That policy of demographic control has avoided more than 300 million births, which helped in the struggle against poverty.  But now there’s a gender imbalance. The birth of males is favored and they selectively interrupt the birth of females.  This has resulted in rural zones where only single men live.  They frequently “buy” and even kidnap women to find a mate.  Also, the aging population has increased. 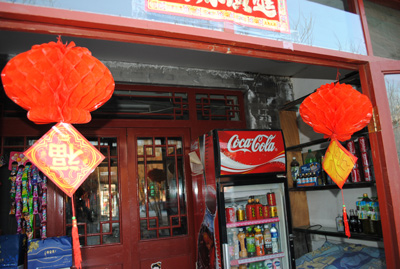 Individual groups and activists have denounced the forced abortions through the official or semi-official mass media, and they are more and more critical.  For that reason, the State revisited the current policy during the recent 18th Central Committee meeting, and eventually pronounced in favor of making it more flexible.  Now we have to wait and see how this change of ideas will be reflected concretely in practice.

Dmitri: The Cuban view that is promoted “from above” projects socialism as nothing more than free education and health care, a view that has little relation to the concept of de-alienation put forth by Marx, and less still to libertarian socialism.  Did this view exist in China?  And, if so, what is left of that socialism today?

Isidro: They say that they’ve reached a stopping point in the construction of socialism, because it can’t be done in a state of extreme poverty.  Extreme poverty that was in reality produced by Maoist policies that threatened to destroy the country altogether.  But the Chinese, in contrast to the Soviets with Stalin, haven’t wanted to condemn Mao, who – according to official sources – erred 30% of the time and was correct the other 70%.  Since they prioritize stability, they calculated that it would be catastrophic to unseat him totally.  For many of the Chinese new left, “leftist” means “Maoist.”  Recently, in Tiananmen Square, a young man wounded an older man by beating him with a placard saying “Long live Mao-Zedong”.  The older man was “guilty” of suggesting to him that Mao wasn’t perfect.  The police had to intervene. But that kind of fanaticism isn’t very common.

The halt in the construction of socialism permits certain sectors to gain wealth; they can then serve as locomotives to the country, bringing economic development and a place in the world concert.

They say that they haven’t renounced the construction of a society that distributes resources according to socialist principles, but first they need – according to the Chinese Communist Party – solid economic bases from which to launch the social transformation.

With respect to the working class, they don’t have power.  Power is held by the elite and all of that cream that have been developing their resources over the past thirty years.

But we are living through some interesting moments. A China of cheap labor which filled the world with cut-rate trinkets and brought that country into development, is ending.  Today they must pay their workers more for their work.  And those who rule know that.

China has an immense mass of workers who are demanding new rights; over time they will become a large group who are aware of their real power.  They will make demands of bosses and rulers, creating unions to defend themselves.  That’s currently in process.

As in Cuba, it’s impossible for the alliance between unions and management (which has in turn been criticized by our own Lázaro Peña) to last during the economic reforms, when inequalities flourish.

In the legal arena, there are Chinese lawyers who are in jail for defending groups of workers who organized among themselves to resist management, or who were hurt by layoffs, or the closing of factories.

In extreme cases, workers facing violations of their basic rights have threatened to kill themselves publicly by throwing themselves off the roof of a building.

Isidro: As of yet none have done so.  Once, one appeared, but the police and firefighters arrived, there were a lot of people filming, and in the end they convinced him to desist.

Dmitri: Are there still any free services?

There are very few free public services left.  Primary school is free, but if you add on what you have to buy (uniform, art supplies) the cost goes up.  Prices are also rising: previously, it cost 20 dollars to go to the doctor: today it’s thirty. 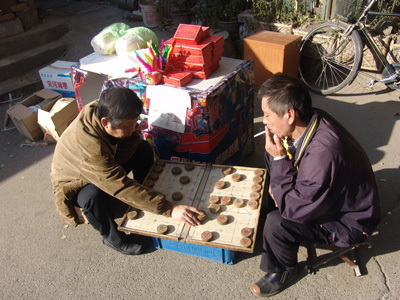 The middle class trap also exists.  There are subsidies for the poor (for example, cheap housing) and the rich are already rich. But in the middle life is more complex, because you don’t have enough nor do you receive any help.

It goes largely unmentioned that the Gini index – a measure of inequality – is very high in China.  To humanize society somewhat, the last Chinese Communist Party Congress approved a five-year plan (China still plans their economy) with the overall objective of avoiding – insofar as possible – social traumas that will result if the Gini index continues to grow.

They aim to reduce the huge inequalities generated in the last years, the differences between rich and poor, to bring social programs to the least favored regions, and to better the conditions of those who work.  Also they want to generalize social rights: education in all of the country’s territories, minimum social security pensions, health care, elder clubs, etc.

It’s no longer like the first years of the Reform and Opening.

The current government says that it is interested in placing the human being in the center of society; not creating more or less socialism, but becoming more humane.  They are trying to shed the ideological terminology of the past.  Everything is possible, but all within the culture and uniqueness of China.