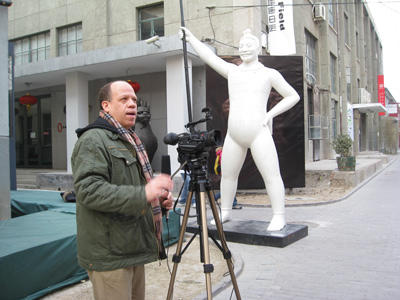 HAVANA TIMES — This is the third and final part of our interview with Isidro Estrada, a Cuban who has lived for 15 years in China. After discussing the evolution of today’s China he expresses his hope for Cuba: “What I want for Cuba is the positive part of the Chinese changes: more prosperity and development, more freedom and options in general, so that the citizens can once again become protagonists.”

See part one and part two of this interview.

Yusumi: I want to ask about the 8 legally accredited parties in China[1]. What real power do they have and what possibility of competing with the Chinese Communist Party (ChCP)?  Also, why is this never mentioned in Cuba?

Isidro: In Cuba, we are generally unaware of the fact that China has a Chinese People’s Political Consultative Conference, which functions parallel to the Parliament.  Both meet once a year.  The Conference provides political consultation to the government and the ChCP leadership regarding the future course of the country.  Theoretically, according to the party functionaries, the participants of that Conference are “old friends or fellow soldiers.”

Among them are remnants of the 8 parties that participated in the Revolution. They aren’t communists, but the government of the ChCP accepts them; they advise on specific problems that affect certain sectors of society.  In theory, the ChCP never makes any decisions without them; for this reason they dialogue periodically.

The possibility of one of them obtaining power has not been raised for the moment.  In China, indirect elections are the norm.  The President of the People’s Republic of China is chosen by a secret meeting of top leadership.  We don’t fully know what influence the Consultative Conference might have in this decision-making framework, but we do know that the minority parties meet between themselves and come to an agreement on what they will later suggest to the Chinese leadership. 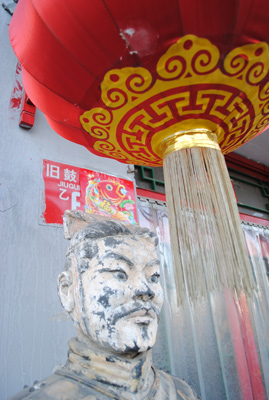 Dmitri: Do the Chinese people, perceive the cultural differences that exist between the “West” (Europe and North America) and “Our America” (Latin, Indigenous, Afro-Caribbean America)?

Isidro: Historically, a large part of the Chinese perception of Latin America was filtered through the lens of the United States, like what happened in postwar Japan. To a certain extent, this is still the case.

In Shanghai, known in the 1930’s as the “Paris of the East”, they used to dance to the ballroom rumbas of Ernest Lecuona and the Argentine tango, together with the then omnipresent fox trot.

That brief contact with Latin American cultural expression ended with the Japanese invasion and after 1949 with the successive revolutionary campaigns.

Beginning in the 60’s, Chinese translations of Latin American literary works were encouraged, as long as they reflected what was then conceived of as the “left”. The Cultural Revolution initiated by Mao in 1966 brought a lengthy pause to such cultural exchanges. However, since 1979 ties of all kinds have flourished.

Nonetheless, the United States imprint has weighed very strongly on these ties.  So much so, that currently the Chinese Foreign Ministry maintains a forum of analysis and discussion with the US called the “US-China Dialogue on Latin America.” This is one specific chapter in the larger “US-China Dialogue on Security and Economic Affairs”.  As a Latin American, this occurrence doesn’t make me very happy; I believe that it serves to preserve the image of our America as the United States’ back yard.

Dmitri: In general, what’s your view of the process of reform and opening, and its results?

Isidro: Speaking simply, China before the reform and opening (begun in 1978) and China now are two different countries in every conceivable way.

The first and most notable result is the transformation in mentality.  The world views of my in-laws, my wife and my Chinese stepson illustrate the accelerated pace of change for average citizens over the last 35 years. 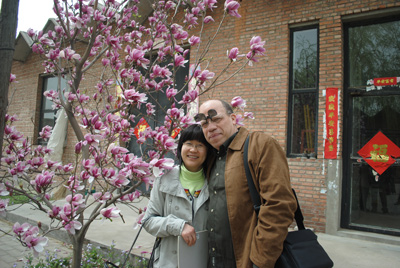 The former live shut in to their own little boxes, assuming that the only acceptable behavior is that which the supreme authorities have “oriented”, with no questions asked; the second are in the middle of the road between this kind of acceptance and resignation, and the desire to procure some opening of individuality; the youngest is completely unheeding of politics or ideology, taking the highest pleasure from the multiple hedonistic sparkle of the new consumer society, and always on the alert for ways to work more and better, and to excel, because they can glimpse at the end of the tunnel the sweet rewards of personal success.

Deng Xiaoping, the architect of the reform process, had it right when he affirmed that when a window is opened on a closed room, some pesky insects will enter along with the fresh air.

Dmitri: Can we speak of a Chinese world expansion, or even colonization? Is the West ready for China? And us Cubans? How prejudiced are we regarding China?

Isidro: The Chinese world expansion is a fact.  Who could imagine that the Chinese would buy the Volvo Corporation, an emblem of Swedish capitalism? They did it with a lot of pragmatism, choosing to maintain the principal European management so that the firm never loses its local flavor, while Peking calls the shots.

Who could imagine the US owing China some 1.2 trillion dollars, used by the Pentagon in Iraq and Afghanistan?

However, in contrast to traditional powers, China hasn’t arrived anywhere with its bayonets at the ready; instead they are fulfilling their own prophecy of a “peaceful take-off.”  It’s enough for them to just display their checkbook.  If Peking fulfills its vision, we will be witnessing the first bloodless birth of a world power. 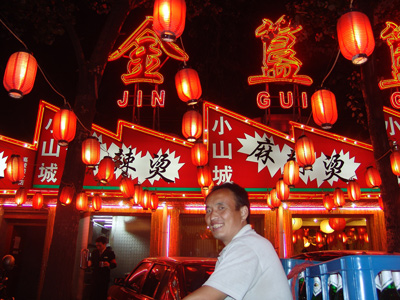 But – although Chinese business leaders don’t impose themselves by force, they have displayed certain practices in places like the African mines that haven’t been exactly praiseworthy.

For that reason, in the case of Latin America, mechanisms like CELAC (the Community of Latin American and Caribbean States) would constitute ideal vehicles to negotiate in a bloc with Peking, to obtain better conditions than from bilateral negotiations.

In barely a year, China has had a substantial role in avoiding three conflicts, each potentially involving thousands of victims and millions of dollars in damages: North Korea, Syria and Iran.  In all three cases, the United States – and not only the US – was close to implementing some “surgical operation” or preventive attack at the very least.

However China was able to call the North Koreans to order and put them in their place. Together with Russia, they opposed belligerent reprisals against Damascus, and at the same time succeeded in getting Assad to agree to the elimination of his chemical weapons arsenal.

China also negotiated to the point of exhaustion with Iranians and the West, ending in the recent agreement whereby Iran would allow UN inspection of their nuclear arsenal and give up enriching uranium at their own whim in exchange for a relaxation of the sanctions that up until today have weighed so heavily on Teheran.  All of this reduced the possibility of war in the zone.

Yusumi: As a Cuban who lives in China, how do you see the future of Cuba? 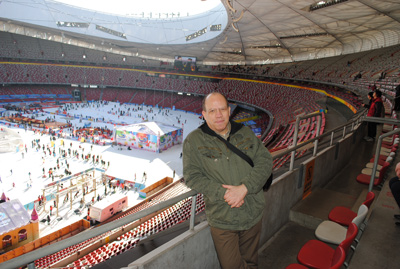 Isidro: Judging from what I know of China, I would like to remind you that more than 60 years ago, Chinese Communists and Chinese Nationalists (the current government of Taiwan) were killing each other by the hundreds of thousands on the battlefields.  They later lived through decades of a Cold War.

Today, leaders from both parties negotiate in civilized and even friendly terms.  The key premise for this gradual understanding between former sworn enemies has been to keep all foreign powers out of their dialogue.  In this way they have made it very clear – first to Japan, and later to the US – that the matter belongs only to the Chinese. We Cubans should take careful note of this.

In simple terms, maybe even ingenuous ones, what I want for Cuba is the positive part of the Chinese changes: more prosperity and development, more freedom and options in general, so that the citizens can once again become protagonists.  It’s the moment to inject ourselves with a high dose of pragmatism.  The time has come to shake off our blinders.