HAVANA TIMES – Migration isn’t a new phenomenon in Cuba. Improving one’s economic and social conditions has an unpredictable cost sometimes. Marelis Galves Quesada (31 years old) was born in the province of Guantanamo. She has been living in the Bahia campo neighborhood in the Habana del Este municipality for six years now.

HT: Was living in Havana an important dream for you?

Marelis Galves: I’ve always wanted to come here. The living conditions are very different in Guantanamo. Most young people leave looking for new horizons. It isn’t easy to study and then not find a job, or find yourself forced to work on sugar or coffee plantations, fishing… you have to work magic. I never got my hopes up too much, but I did always dream about having a nice restaurant when I got to the capital. Life here made sure to clear the wool from my eyes.

HT: Did the capital scare you?

MG: Central Havana and Old Havana especially. I think me believing things would be better here was just an illusion. While I was still in Guantanamo, I never stopped to think how so many of us coming to the capital would limit opportunities here. Of course there isn’t a great deal of work, much less housing, but the dream of those of us who live in the eastern provinces is like the dream some Havana residents have with making it to Miami.

HT: Do you have any relatives in the capital? 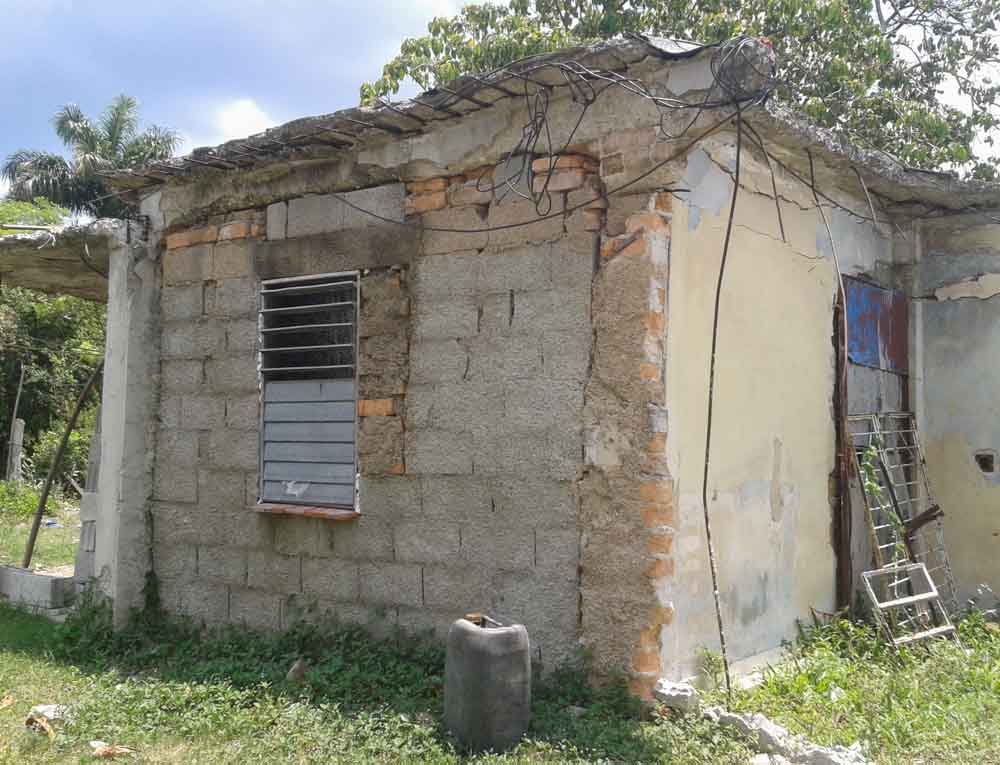 MG: I have an aunt, my mother’s sister, who lives in La Lisa, who had always offered us her home. She had a smile on her face the first few days after I arrived. She told me that I could stay as long as I needed to. I began to help her with her errands, cleaning around the house, cooking and anything else that popped up.

But, her happiness soon disappeared. No matter how hard I tried to help out, it was clear that I couldn’t stay like I had planned to. I never knew whether some neighbor said something and got her shook or whether it was my pregnancy. Havana locals tend to sympathize with people from other provinces, they even say that guajiros (country folk) are kind people, but they aren’t talking about orientales (from Oriente). In their eyes, a person from Oriente is like picking up the last card from the deck.

HT: Do you believe that this attitude relates to the mass exodus of Cubans from eastern provinces?

MG: I can’t make a sweeping statement, but lots of them have got caught up in criminal activities. We are famous for arriving and then the rest of the family coming in turn. They say we are drinkers, that we don’t like to work, that we only set up shady businesses and that we live within our community. I also know some people from the East who have prosperous businesses, a nice home. I believe we are all Cubans, so we have the right to migrate to the capital just like any other Cuban.

HT: What happened when your aunt told you you had to leave? 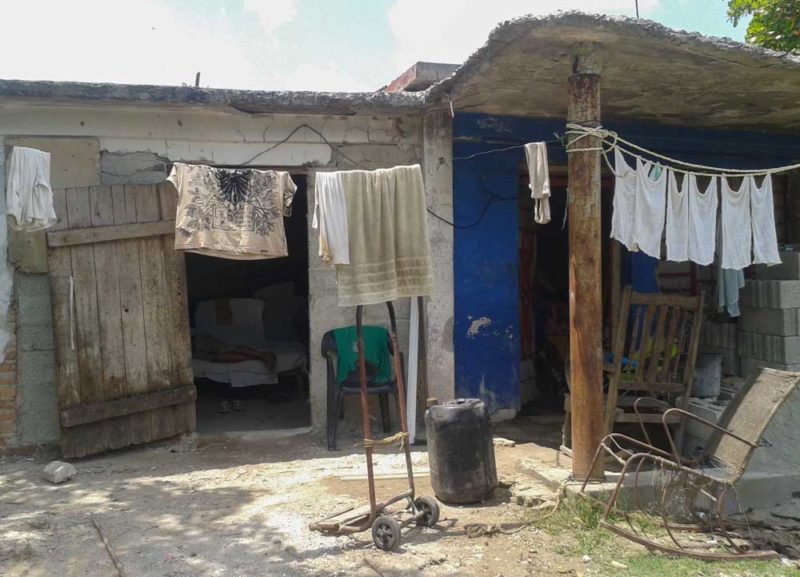 MG: Things happened over time. It started off with her being unhappy with everything I did; the plates were still dirty according to her, clothes were stained, the floor not shiny enough. She would get annoyed when I went out on the balcony or if I left the door open. She found it very strange that I was always willing to go to the bodega store, and she was right about that because I did like Roberto, the bodega store manager, not because he was the manager, but because he was always very attentive and gave me very charming compliments.

When I started secretly seeing him, I didn’t know he was a married man. Unfortunately, my aunt didn’t find out from me, and that contributed to her feeling deceived by me. My pregnancy came as a complete surprise, I had been very careful. Then my aunt began to accuse me of wanting to give birth in the house so that I would have a right over it. Things became very difficult. Roberto took me to live in his grandfather’s home.

HT: Did you feel better in the new place?

MG: More or less. I started doing the household chores again. I would spend a lot of time in silence because the grandfather hardly spoke to me. Roberto didn’t come very often. My family in Guantanamo knew nothing about me and my situation. A year after my son was born, the grandfather put us both out on the street, not thinking about whether we had somewhere else to go.

HT: I imagine being out on the street with a child was very hard. How did you come out of that situation? 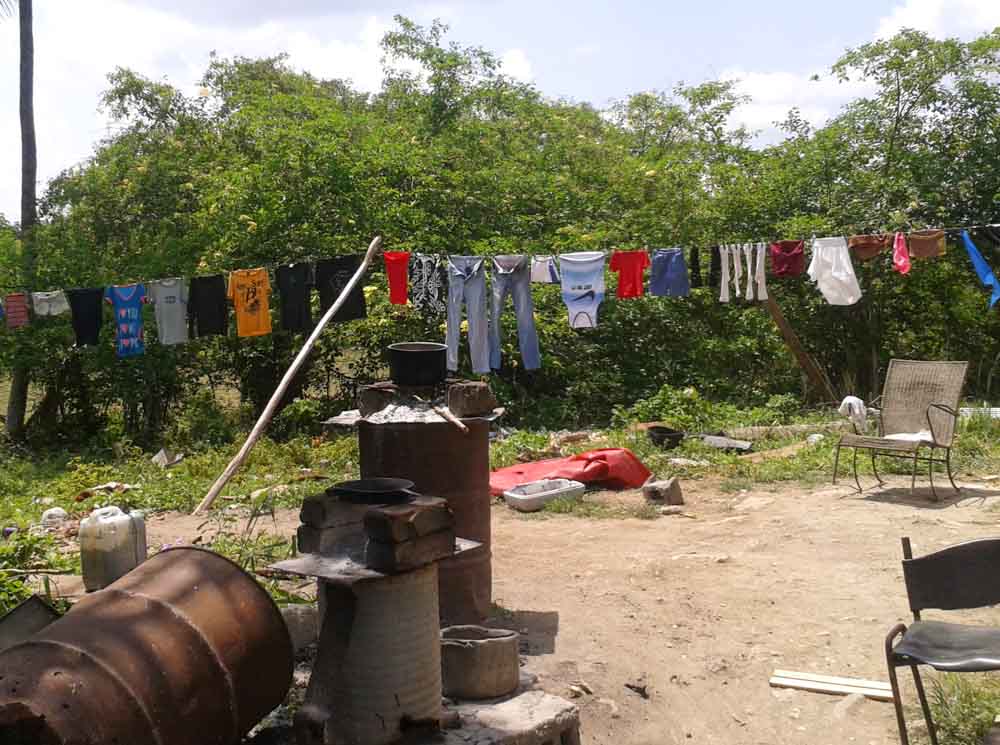 MG: My aunt was the only family I had in Havana and when I called her, she hung up. I had no other choice but to stay at a covered bus stop, near the grandfather’s home. I lived there for a week. A neighbor would let me shower and wash our clothes at her house. She was from Guantanamo, of course.

Some people from the neighborhood came to see me and they advised me to go to social security, but I couldn’t; I was also afraid they’d take my son away. I couldn’t think clearly at the time, if I had I would have gone back to Oriente. I was barely eating; that shameless Roberto would bring me food but it wasn’t enough. It was really hot and I was dehydrated and I didn’t want to go around begging for a bit of water, whatever I got hold of was for my son. In hindsight, maybe my delirious state in those days was also due to this dehydration, I never hoped for charity from somebody else like many people believe. I really was on the brink of a nervous breakdown.

HT: But, you were able to turn things around.

MG: I believe it was a miracle. The neighbor who let me shower in her home told me that it was time to put my life in God’s hands. I was an atheist, even though everyone in my house was Catholic. I don’t know where I found the strength to pray to God, but I did. Three days later, this neighbor’s cousin came to visit. She had a great-uncle who lived in a small house that was half-built in Naranjito, Bahia neighborhood, and was looking for someone to help him finish the house, and offered to take me.

The house is at the end of a long embankment which has houses on both sides, some made of wood with tin roofs and others made out of fiber-cement. The house was in a critical state. The owner was really happy to receive us. The agreement was that I would finish building the house and I would be paid with a room (I had to build the bathroom and kitchen). I’ve been living here for six years now.

HT: How did you manage to fulfill your end of the deal?

MG: It hasn’t been easy. I’ve had to sell everything in order to get by and save some money to carry on doing up the house. I’m still doing this, slowly. Before, it was my dream to work in a restaurant but I know that’s impossible now; I’d have to have an address in Havana. My dream is to get by from one day to the next now, to put food on the table for my children and to make enough money. It’s the only way I can have my own place.

HT: Do you think you made a mistake by coming to Havana?

MG: I don’t think so. My mistake was more to do with blindly choosing my partners. I was a young guajarita when I first came here, who let herself be sweet talked. I was naive. I like to think that things would have been different had I not met Roberto.

Then I made the same mistake choosing another partner and my daughter was born, but my children are the only reason I get out of bed in the morning. I can’t promise I won’t fall in love again, but I know that no well-intentioned man will ever come close to me now that I have two children and no papers. I have faith in God and that faith is what keeps me going. I know that this house will belong to my children one day, who have been born in Havana. At least their lives will be easier.

6 thoughts on “A Guantanamo Woman Struggling in Havana”