Express yourself! I can see you without ink.

HAVANA TIMES — This invitation appears in the digital magazine Apulpso, which can be downloaded from its website www.apulpso.com or obtained via the Weekly Package. It is a project created by five young enthusiasts who “wanted to do” more rather than go after money.

Its director, Junior Fonseca (the only male in the group), graduated in Accounting, but he is a cartoonist and fan of the animated world by vocation. In astronomy, “Apulso” describes the imaginary line between a star and the eye that observes it via a telescope. With an additional “p” and using cyberspace as a foundation, it rescues from the darkness or the non-existence of animated dreams that cartoonists in Havana and the island’s interior harbor.

HT: How did the idea of the magazine come about?

Junior Fonseca: I had been thinking about this project for about 5 years. However, it was only after I started going out with Elisa, Apulpso’s current organizer, when we were at home one day talking about the idea, that she said: “Let’s do it!” The idea in the beginning was to refute this myth that cartoons are only for children, when they have great worth just as much as science fiction. 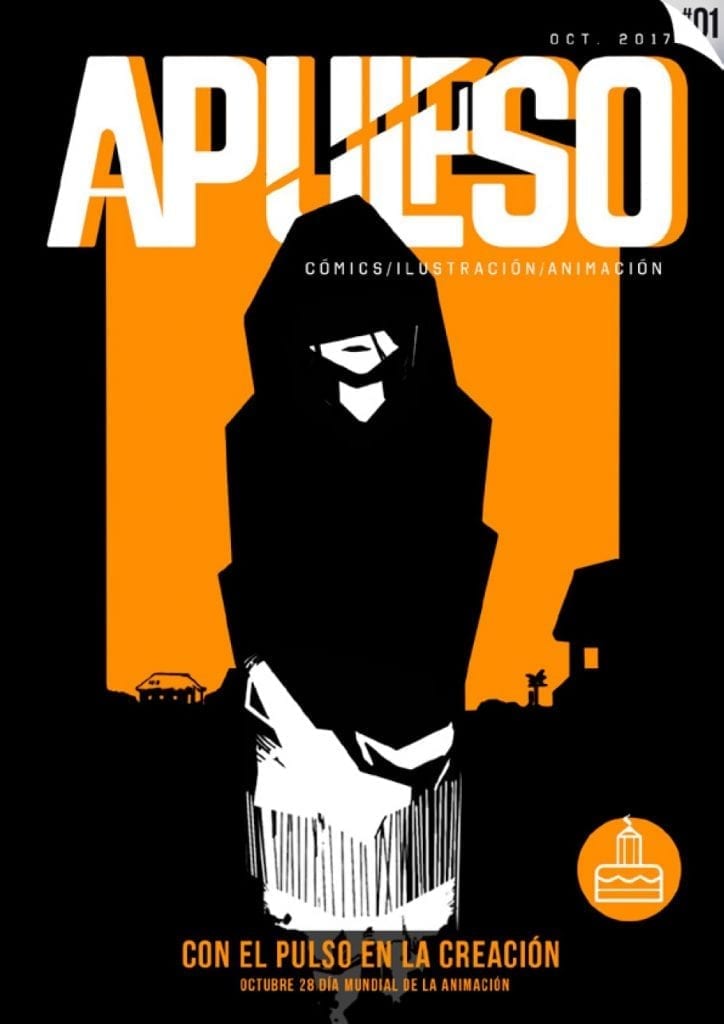 HT: What made you believe that you could carry out this project?

JF: The girls told me we could do it, that we could make this magazine. With a background in animation and my training in seeing how publishing and production companies work, I knew that it would be impossible to bring it out quickly and most importantly: keep it going. So, it’s always been me to break the ground while they give me inspiration and encouragement. And in the end we did get it going. However, it’s hard to keep this kind of magazine going in Cuba. You need a lot of cartoonists to be producing material and the problem is trying to convince them that the magazine has a following and, even harder still, a future.

The other problem we have is trying to reach cartoonists who live in the country’s interior provinces. Those who are now collaborating with us are a group from Pinar del Rio, who are called Gato Negro. We also have another project in Matanzas and very good strip cartoonists in Sancti Spiritus and Villa Clara. The other group is formed by friendships we have here in Havana.

HT: Have you received support from any institution?

JF: Not until now we haven’t and we have already published four editions.

HT: Do you know if institutions know about this magazine?

HT: Would you be interested in receiving institutional support?

JF: Personally-speaking, yes, because no matter how you want the project to be, you still want it to feed off of what is being produced in the country and in Cuba there are only two places that make animations: the ICAIC (Film Institute) and the ICRT (Radio and TV Institute). When it comes to publications, there are very few that publish cartoon strips. Let me repeat, I am interested in receiving institutional support but it’s up to them to make the first step. 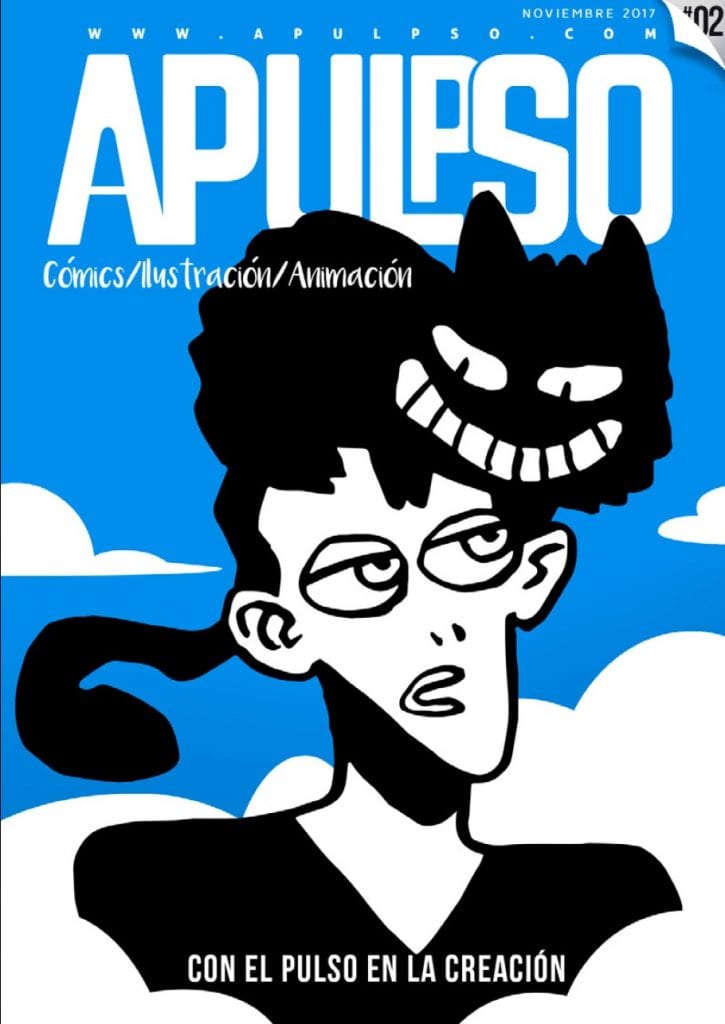 HT: How do you receive funding?

JF: We started out without any money and by convincing people to collaborate with us for their love of art, as we say, but we realized that everyone needs to eat and support their families, which is very difficult to do today in Cuba. There were people who valued the idea, but they didn’t feel motivated enough to get seriously involved. Luckily, we learnt about the “El Toque” project, which then supported us and still does today.

However, it isn’t profitable, just imagine how hard it is to keep a group of cartoonists going who give us their work and we aren’t earning anything. I have friends who when I tell them, say: “but have you lost your mind? how are you not going to earn anything?” They don’t understand that I do this because it really does interest me. And the magazine is poor in comparison to what we wanted to produce. There are more than enough cartoonists to create an even bigger magazine. We would like to improve the website and even distribution channels, but funding continues to be a problem.

JF: We buy a card, sit in a park and then we program what we need to upload to Facebook or Instagram. We don’t even charge for the publication because people download it in PDF, and it can be downloaded for free. Just imagine the support it would mean if an institution were to give it to us, even if it were just Internet access.

HT: Are all the collaborators young?

JF: No. They are all different ages. And this has to do with our intention to bring the community together, to create a dialogue. Because we know a character, a drawing but not the face of the illustrator. And this is less painful when you look at it from a spectator’s view, but it’s unusual for cartoonists not to know each other. I believe that we don’t need someone to come from abroad to present us. I understand that in the ‘80s, all the strip cartoonists here in Cuba knew each other. Today, it is even more difficult because publishers rarely publish comics.

HT: And why are they discriminated against?

JF:  I believe that publishers have rules to follow and they publish what is in the country’s best interests, not what we are interested in being published.

JF: Exactly. That’s why I say I would like to see a Superhero who has a Cuban flag on his chest. Why not? But, he doesn’t exist. Yes, we have Elpidio Valdes and he was really well done, but he got old, he reached a limit. Either we rescue him and we do things with him that will attract new generations or we will wait and see what happens: young people aren’t interested. You have to move with the wind. It’s hard to create a quality product and entertain at the same time, but it isn’t impossible.

HT: What would you say the most important influences in Cuban strip cartoons are?

JF: Right now, anime. And I’m not against manga, but I don’t believe that this is what we should hold onto. There are a lot more rich and innovative influences out there. The thing is that manga marketing has been very effective, they have known how to inject it into every part of the world. On the other hand, at least today, there is nothing that competes with it in terms of production and entertainment.

HT: Is there a lot of under-utilized talent in Cuba?

JF: I would say that there is a lot, a great deal. In fact, I know cartoonists who only publish abroad, even if it’s only once or twice a year, but they aren’t interested in publishing here. And I am becoming more and more convinced of the potential we have with the cartoonists we have met via this project. How many kids are graduating in design, from San Alejandro, how many…? In the same animation, there are a lot of really talented people involved, with their projects saved, that they haven’t been able to publish because there isn’t any space for them. According to international opinion, there isn’t any animation in Cuba, there aren’t strip cartoons, but we are like a diamond in the rough. We have a lot of talent, but we haven’t known how to show it to the rest of the world.

HT: What does the future of Apulpso look like to you?

As well as linking up with cartoonists all over the country, our dream is to convert it into a printed magazine and sell it at kiosks. For people to follow it and go looking for the latest instalment of a character that was born in the magazine.