HAVANA TIMES — During the current Cuban electoral process, 650 dissidents and opponents attempted to become district representative candidates, exercising their due right as recognized in the Constitution and Electoral Law, as Cuban citizens residing in the country with full use of their political rights.

None of them were successful. Independent media platforms have published complaints about the legal trials, police subpoenas and threats to these citizens in order to stop them from taking part in the nomination assemblies.

One of these so-called independent candidates is Abdel Legra Pacheco, a graduate from an Technical School in the Design and Construction of Molds and Dies and he is currently an independent worker.

Abdel: I have always looked for a way within the law, without disobeying or altering the order. In 2015, I saw that Hildebrando Chaviano and Yunier Lopez who were put forward and nominated representative candidates (even though none of them won, they received a significant number of votes). Until then, I didn’t understand our electoral system. I traced my course as an independent candidate, even though I knew they wouldn’t let us win.

I have ideas about how to build our country, respecting the already established laws; but it’s almost impossible because it’s the government itself who is violating them.

For me, the important thing was to take part

Abdel states that he was threatened by State Security agents on September 4th. He reported this to the Attorney General’s office. He still hasn’t received a response.

Abdel: Two plainclothes agents threatened to forcibly disappear me and my family if I continued with this “election business”.

Days beforehand, I was called to get my Identity Card. When I got there, Lieutenant Colonel David, Head of Plaza Municipality’s Intelligence, was there and he interviewed me for two hours. He asked me not to tell anyone, but I also reported him for threatening me, coercion and violating the Electoral Law. I had heard stories of people being threatened, but I had a hard time believing them before.

As well as reporting to the Attorney General. he also told his neighbors. He thinks that it was thanks to this that he was able to attend the nomination assembly in his neighborhood.

Abdel: However, it took place in the theater at Plaza’s Cultural Center with TV cameras, lights… I asked to be able to speak from the beginning and they didn’t let me. When I could speak, I didn’t request nomination; a neighbor was nominated instead, a Party secretary. 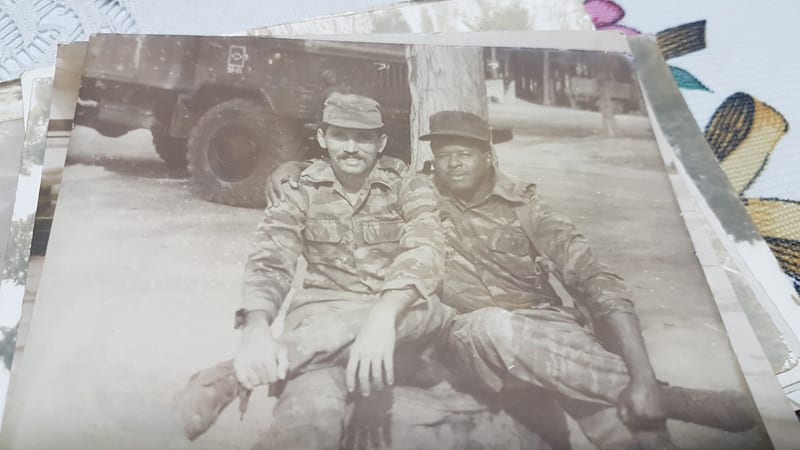 Abdel: Although he isn’t a bad person, I don’t believe he has the conditions to take on the social challenge of resolving the community’s problems. He awaits orders. A representative needs to be ready to come to blows in order to resolve people’s problems. However, he has experience and he is retired; he was more viable than the other candidate, a Major from State Security, lawyer, who nobody knows and will have less time to dedicate to the community’s problems.

The stage had been set so that I wouldn’t have a chance and for her win, to say that there had been an overwhelming victory. I didn’t give them the pleasure of making a fool out of myself getting 0 votes, because nobody would have dared to vote for me. Some neighbors had already told me that. I don’t aspire to be president or to have a career in politics; I just want to work for my community. There are proposals that have been in the works for twenty years. A former representative once told me: “I was never able to resolve anything because this has all been made so nothing can be resolved.”

Personally, taking part was the important thing, using my voice and getting people to know me.

Some neighbors told Abdel that a lot of people present at the meeting weren’t from the neighborhood, that they had been brought in on a bus. He noticed that a lot of attendees didn’t hand in the summons for the Nomination Assembly.

“A counter-revolutionary wants to be put forward”

Abdel: I haven’t missed a single local neighborhood meeting. People don’t go and this is a problem for the opposition and residents. I have sent my national, community etc. projects to the State Council. I have also handed them in writing at these neighborhood meetings. I believe that it’s the most legal channel we have to set our ideas out. The representative would pick them up, nervous, and a State Security agent took care of them. This started creating an idea about me.

The Party, State Security and mass organizations began to say in the neighborhood that “a counter-revolutionary wants to be put forward.”

One day, I heard a bread deliveryman say: “there’s someone who wants to be put forward in this building, and there’s a great deal of commotion.”

Despite having many “revolutionary merits” which are normally used by people to promote their candidacies, and in fact having more than the others proposed at the neighborhood assembly, Abel didn’t refer to these because he doesn’t think they are grounds to be a good representative.

This isn’t the first hubbub sparked by Abdel Legra

Abdel: After the hurricane in September, the CDR called for volunteers. I don’t belong to the CDR, although they came to call on me, ironically. Normally, I clear up the front of the building and I clean the roof. I went down to work because it was necessary. Then a neighbor told me that another had gone to the Communists’ houses to tell them: “You’re being robbed of your initiative.”

They said that I was on the Empire’s payroll. I’m not criticizing anyone who receives funding for a project. I don’t have any; I don’t receive anything. When Diaz-Canel said. “when they stop sending money, the counter-revolution will end,” I thought: “what are they going to stop sending me if they think I’m a counter-revolutionary?”

With the elections around the corner, I was summoned by the Police (PNR); they tried to accuse me of illegal financial activity. Then, two inspectors tried to take away my license.

Who is this “counter-revolutionary”?

Abdel Legra belonged to the UJC (Young Communist League), he went on an internationalist mission in Angola, between 1988 and 1990, where he received the honor of being a First Class Internationalist Fighter, Vanguard of the FAR (Revolutionary Armed Forces) and Communist Party militant. (“In Cuba, I was never made a member because I never took part in the ‘acts of repudiation’ and criticized them”). He became a member of the Party for a few months.

How did a former UJC and PCC militant and internationalist soldier become an opponent?

Abdel: I consider myself a democrat, more than an opponent. I was always questioned for my beliefs. In 1984, the country’s leadership decided to create a fencing weapons factory. I was the metal expert in the group in charge of the project. We analyzed the situation and saw that it was completely impractical: there wasn’t a market, the competition were well ahead of us, the CAME gave us enough swords; here fencing isn’t a crowd-gathering sport like baseball. We presented our written report. We had a meeting and they told us that this was “a mission” and we would need to complete it. In 1985, there was the Rectification of Errors process. I was the UJC secretary of the sports industry and I raised the issue of the factory at a meeting. It almost cost me my militancy and job.

I went to Angola to help a sister nation; I didn’t know the essence of the cause back then just like the majority of Cubans still don’t know. There, I worked with satellite equipment. I saw what had happened in Eastern Europe. Then there was the Ochoa Trial. Abrantes’ trial wasn’t seen in Cuba, but I could see it. I asked myself lots of questions.

According to the news here, which was seen there, all of our production targets had been met; when I returned, there was nothing. Even the famous SEARS market had disappeared.

I had been here for five months when I was summoned for an operation in Jejenes. I refused. I believed that other soldiers who hadn’t gone to Angola should go, because they needed housing. I was also in need, but I didn’t go. We had the needs that the government had created for us, which is the reason so many people go on missions. Back then, they didn’t give you any of this to go to Angola. I brought back a digitial watch and some neckerchiefs for my mother and wife.

A party member told me that my unwillingness to defend the country should be analyzed. The people responsible for that analysis were two of my friends. I didn’t want to be put in a position of having to doubt them; I preferred to hand over my membership card and to keep my friendships.

They have showed they are afraid

Even though none of the 650 independent candidates were elected, Abdel doesn’t consider this a defeat.

Abdel: We have pushed the vice-president of this country to flagrantly violate the Electoral Law verbally. They threatened and intimidated us. They have showed they are afraid. They know that the silence weighs heavy, and that the people aren’t on their side.

Even the Communists have realized that the Foreign Minister’s speech at the UN saying that our elections are transparent, is a lie; they have seen everything that has happened to the independent candidates.

Abdel: I believe that our work is just beginning. People know me and can have a better idea of me, even though I don’t believe that this idea will help us win the elections in two years time. Society is very intimidated. People don’t know the Electoral Law.

I am a revolutionary, not a fake like so many. I’m just not a communist or socialist revolutionary. My vision for the Revolution is different from that was upheld by Comandante Fidel Castro.

We have to build this country with all Cubans, including the Communists. My vision doesn’t include the communists having to leave tomorrow, like what happened to those who weren’t Communists in the years after the Revolution triumphed.

3 thoughts on “Abdel Legra, a Democrat More Than an Opponent”