HAVANA TIMES – Pigeon rearing has more detractors than followers in Cuba, yet it’s pretty normal to find young people and adults who dedicate themselves to looking after this bird in different municipalities across Matanzas. Aleido Urrutia has been an enthusiast for 35 years.

HT – When did you begin to rear pigeons?

Aleido Urrutia: There’s a famous saying: like father, like son. My father used to dedicate himself to pigeon rearing. As a child, my mother never let me go up to the pigeon loft, she would always be sweeping the sidewalk with a broom, I guess she wanted to avoid the old man running into any problems with the neighbors. I used to watch her and slink off to the pigeon loft. Looking up at the sky and seeing them flap their wings was the most beautiful thing in the world, in my eyes. I always knew that I would do the same as my father at some point. When he passed away, I spent all my time with them. Many people say I’m obsessed, they might be right.

HT: Do you think the way you look after them is normal?

AU: I guess so, you have to look after them as if they were little children. When they are squabs, I feed them and give them water when it’s time and I remove their parasites. I write everything down, as if they were medical records; if people do it with cats and dogs, why can’t you do it for a pigeon? I keep the squabs separate until they are two months and a bit old, or three months even sometimes. They are so intelligent that they know when they’re ready to fly themselves.

HT: Do you let them fly regularly?

HT: So, do you think they have topographic memory?

AU: There are many know-it-alls about these matters. There are some people who say that pigeons fly depending on the position of the sun, and that’s how they find their nest; others say they recognize terrain and that’s where topographic memory comes into play. The only thing I can say is that I had one pigeon who was kidnapped for 10 years and when she had the chance, she came back.

HT: I have heard that pigeon rearing is an expensive hobby.

AU: I don’t believe you have to be rich to look after pigeons, but you do have to have a large heart. Of course, if you do have money, you can feed them better, look after them better and keep a nicer pigeon loft.

HT: What do you feed them?

AU: If I manage to get a hold of corn, corn. If not, rice. One day, somebody gave me wheat and they absolutely loved it. They normally eat split chickpeas, although it’s hard to find right now because people have their eyes on it. I have a relative in Havana who sends me split chickpeas, but in these times of shortages, it’s been really hard. However, I always make it a priority to feed them, they depend on me.

HT: What notes do you make to monitor their health?

AU: I am always checking to see if they have diarrhea, whether they are underweight, if they have swollen joints, I check their wings, if they’ve fallen, or something is looking up, or whether they don’t feel like flying. I have to always be on the lookout because there are pesky bugs that do away with them, although parasites or intoxication are also reasons for their diarrhea. I write all of this down, plus anything extra, to know if I have to call a vet or whether I can help them to get better on my own.

HT: Over all these years, have your pigeons ever suffered a serious disease?

AU: I’ve never had to put a pigeon down, thank God. I have a friend who bought two who were already sick, although they didn’t have any symptoms. He had cured them, but they had the bacteria still inside them. Him disinfecting the entire pigeon loft, giving them antibiotics and vitamins in water, cleaning out the cages, nests and excrement, was worth nothing in the end. He had to put them all down.

HT: How do you know when pigeons are in heat?

AU: You never ask a breeder that question. It’s assumed that people who breed them for meat or some religious ritual know the answer. I’m sure that trappers keep this in mind. Male pigeons are lovebirds, when they feel like singing and running this way and that behind a female, it’s a clear sign that they will mate, although I always keep an eye on them from the moment they start caressing each other.

HT: What do you think about traps?

AU: Trappers are murderers. Whether they’re using nets or sawhorses, pigeons always come out hurt. I believe trappers only want pigeons to make money. God made birds to fill the world with flowers and plants. Unfortunately, there are very few people who look at flowers, you think they’re going to worry about pigeons? There are lots of people who want to wipe them out with the excuse that they cause disease, diseases that dogs and cats also transmit, as well as people, garbage, dirt, etc.

Pigeons have given a lot to humanity. If you look after your pigeon loft, neither you nor your neighbors will ever have any health problems. This is why I always tell young breeders, you have to do your reading, not only about how to look after them, but also about the diseases they can cause others.

Everybody knows about “pigeon disease”, and how harmful it can be to humans. I have heard stories of people who go to visit a pigeon loft and touch something they shouldn’t and then they get sick, while others live in the same building as a pigeon loft and they splash water or excrement and get sick.

I know breeders who have been doing this for over 40 years and they have never had any problems. Yes, I know this disease causes inflammation on the inside, but it’s been a while since I’ve heard of any case. There are many people without any feelings who hate them, I wonder if these people have a heart. When I hear people talking about exterminating pigeons in cities, they can go hide all of their pets because they’re in danger too. The only thing I can tell you is that when I see my pigeons fly home, I’m a new man. 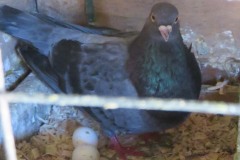 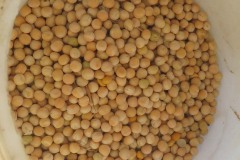 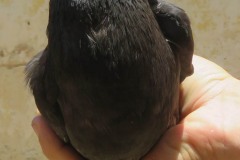 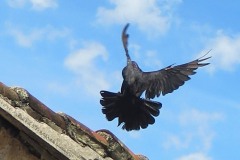 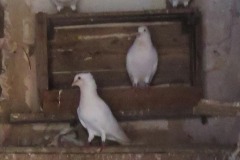 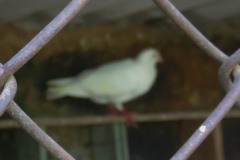 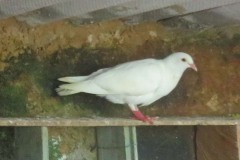 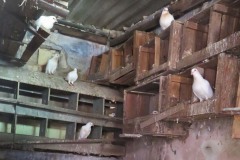 2 thoughts on “Aleido’s Love for his Pigeons in Matanzas, Cuba”