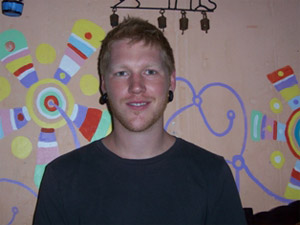 HAVANA TIMES — We bring you part two of our interview with Easton, a native of Salt Lake City, Utah who lives in New York City studying at Sarah Lawrence University.

Easton has participated actively with the Occupy Wall Street movement. He spent four months last year in Cuba and tells us about his return to the United States.  See part one….

On returning to the United States and I wanted to organize more with the Brandworkers workers center. And also do all that I can to work with Occupy Wall Street.

The economic situation doesn’t look good to me. The crisis isn’t going to disappear, and because of this we’re going to have a movement that is bigger and stronger…this movement or a new stage of this movement, or a completely new movement.

We spent New Year’s trying to “liberate” Zuccotti Park – even if for only a few hours.  It was a success. What a nice way to begin 2012. We sang: “ah, anti-, anti-capitalist!”

We also had a very strong action against the “NDAA” [The National Defense Authorization Act], a law that authorizes the US military to arrest any person and hold them indefinitely without charges.

The movement is different than I thought in some ways. There’s more unity and power than I thought. It’s more organized than I thought. Still I’m not sure what it’s going to do in the coming months, but I know that it will continue to fight hard. This spring and summer will be very important.

Three years ago, the workers at the cafeteria at my university wanted to organize in a union. There was a lot of repression against their campaign, because in the United States there are many laws that work against the organization of unions and it’s very difficult to have just elections. So, some students organized to support the workers in their struggle.

The administration of the university has a very open rhetoric, more or less to the left, alternative, but when it’s a question of money and they have to pay more to the workers, it’s completely different.

It was a pretty big struggle and…we won, with luck. This taught me to see how relations of power really function.

After this I began to explore the left in New York City with my activist friends, because we didn’t know very much about politics or the movement.

In New York there are many organizations. Many people identify themselves as anarchists or communists. There are NGOs and other organizations. I discovered many new ideas. And it’s interesting how in the left there are so many divisions and conflicts. Almost no one worked together, but one thing is clear, the communists and the anarchists weren’t working together, and I didn’t like this because the left is so small. You go to a meeting and everyone is fighting, and it’s not attractive.

But still we were together, starting to organize with different organizations, continuing to organize on campus to create more democratic relations between the union and the workers.

I organized with a campaign, about two years ago, called the “Jobs for All Campaign,” because there’s a big crisis of unemployment. The government says that it’s about 15 percent, but they don’t count all those who have been out of work for too long or aren’t actively looking for work.

These are not the true numbers, in reality it’s almost 25 percent. I know my brother and many friends who have gone years without finding work. Or, if they do find work it’s not good, they’re paid very little.

We’re all thousands of dollars in debt, especially students, because college costs a lot. There’s a whole generation that doesn’t have jobs and are heavily in debt.

So, this campaign tried to organize people to demand that the government create jobs – like in the 30s with the Works Progress Administration, which gave jobs to almost all of the unemployed and was also a way to help the economy recover.

There’s a lot of work that could be done, like manufacturing green energy and fixing our terrible infrastructure. But this campaign was not very successful and eventually most of us as people moved on to other organizing.

I work and still organize with Brandworkers, for two years now. It’s like a union, but it’s a workers center. We provide legal and social services to workers, and we also organize union campaigns. 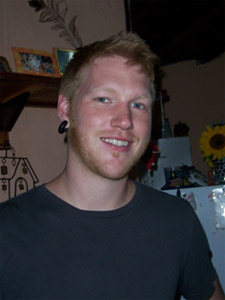 I like its philosophy. We work with a lot of democracy. We ask the workers “what do you want to do in this situation?” Almost all of the workers are Latin American immigrants – from Mexico, Paraguay, Peru, Bolivia…

The group is multi-racial, and of different ages and languages. In every meeting there’s translation for everyone. Sometimes there are fifty of us when we meet, but sometimes only five. It’s difficult.

There are volunteers, activists, students who have graduated and others who haven’t. Some people work full-time and are paid.

Almost none of the immigrant workers speak English and they’re exploited a lot. Sometimes they make about $5 an hour though the minimum wage is $7.25. In New York you can’t live on that kind of a wage. Almost all of them have families. Sometimes they work 80 or 90 hours a week, under poor conditions and without protections. The bosses in these factories violate the laws. These wages are illegal.

We try to build solidarity between white activists from more privileged places and Latino immigrant workers. This is quite rare. There’s division between the people who work for a better world.

We go out to talk to workers daily, trying to organize them. Also, we have actions we can take when there’s a problem with a worker.

For example: This last summer a worker took his boss to court, and in this sector in New York the laws aren’t very strong. The bosses violate them and the police, the administration and the courts don’t do anything. They let them off easily, with a fine and nothing more. They’re not afraid to intimidate workers.

This boss intimidated the worker to end the lawsuit, calling his family, his house, talking about immigration laws. This is very strong and dangerous repression, because these workers can lose their families, their entire lives — in our country — over problems with immigration.

We organized a delegation of workers and volunteers, because the courts don’t do anything, but we do. We went to the factory without authorization and said “here we are, friends of this worker, why are you doing this to him?” We let him know that we have tactics to fight back.

It was interesting. This shows the necessity of organizing together, between races. The boss asked us: “Why is he part of your organization, he doesn’t speak English?” This boss couldn’t imagine that there was solidarity between the white volunteers who speak English and immigrant workers who only speak Spanish. It surprised him.

After that, everything changed and he stopped his retaliation. These workers are usually alone. They are always fearful of the laws, and therefore they’re easy to exploit. But, as we see, a lot is possible if there are people working in solidarity. The worker’s court case is still going.

They work in the hardest jobs, with very low salaries and it’s very sad because the system couldn’t function without them. No one sees this class of workers, they are well below the surface and there’s no news about these conditions. We’re trying to change this situation.

I have studied a lot about Cuba’s economy and its revolution, as well as the revolutions in Russia, in China and the whole world. I’m very curious about how this system functions. I wanted to see for myself how the government and the people manage to live and how they handle changes. But I didn’t have enough time.

I wanted to share ideas, culture and experiences with people in Cuba because I think that — especially in the US — we have to try to be more internationalist and to understand more about how our own struggles are connected in order to create a new world.

I’m sure that I learned a lot about my life and Cuba, but it was more difficult to understand the lessons I wanted to learn than I had thought.

I studied economics, Spanish and visual arts at ISA [El Instituto Superior de Arte] without having a “major.”

Some problems that I had with my efforts to learn in Cuba were structural, like the rules and functioning of the Sarah Lawrence program (like having to stay in private rental house where we lived only with other US citizens, and our very “touristy” excursions) as well as the difficulties of being a US citizen in Cuba due to the embargo and everything.

Some problems were more personal, like my low level of Spanish and my tendency to be introverted when I’m not very comfortable.

However, now I believe that I’m more of an internationalist. I have sharper thoughts about revolution and socialism, I can relate better with different people than before because of the knowledge of the language and my daily experiences in Cuba. I think that the lessons from my time in Cuba are going to become clearer with time.

The experience changed me. All of the actions I do in my life are going to be reflections of my experience in Cuba. But also, in a more organized way, I want to have conversations about my experience here, to teach and to process them.

I loved the time that I spent in the community projects in Cuba. The spirit of the people who organize to make a better life for their neighbors and their country really inspired me. I felt very welcome in these kinds of places.

It seems to me that these projects continue to develop the culture, the community and even the revolution in Cuba. They construct and develop the idea that “to be cultured or educated in the only way to be free” [Jose Marti].

This saying is true in the US, and I’ve learned a lot from these projects, which I’m going to apply to my life and struggles over there.

There are no “majors” in a traditional sense. We take whatever class, at whatever level, in whatever year. I have chosen to focus on economics for the majority of my classes. However, I prefer to call it “studies for being a more effective organizer/activist.” I don’t want to be a big economist or anything.

In this sense and in others, I’m a student of Paulo Freire. I like, I’m inspired, by the theory of “praxis,” or the idea that there’s a very important dialectic between thought and action. I hope to use my privileged education to change my own life and actions and the world in which I live.
—–

In the last I heard from Easton, he wrote:

“I was just released from jail. I was arrested for a direct action. But everything is OK now. I’m safe and without charges. The struggle here continues with a lot of strength. The spring will bring a lot of action and, with luck, much change. Stay in contact. In solidarity, Easton”

I hope that Easton’s experiences give him the tools to make his contribution to this world in crisis. From here in Havana, I say to him: Keep moving forward man, give it your best. You are encouragement for the 99%.

One thought on “An Occupier from NYC in Havana (Part 2)”