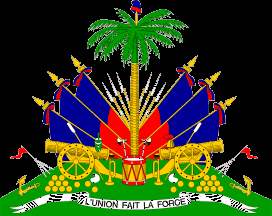 HAVANA TIMES, July 10 – “I seek a history that is much less colonized, with a very special place for those African groups that contributed most to the formation of Cuba. It should also be an unbiased history, free of myths about those peoples, who also practiced oppression and slavery,” commented Dmitri Prieto in Part One of his interview with HT

HT: The Communist Party of Cuba recently held its Congress. What do you think of the fact that 45 or 46 years after the founding of the party …?

DMITRI PRIETO: “Fifty, because technically it was founded by declaring the socialist character of the Revolution, but the founding document is nowhere to be seen.”

HT: Fifty then. What do you think about the President and former President of the country realizing, now, the need to increase the number of African descendants in the Politburo and Central Committee of the only political party that exists in the country, that is, the Communist Party of Cuba?

DMITRI PRIETO: “Well, this must be recognized as a necessary step and it’s great that more people, even those who run such important institutions as the Party and the Cuban government are becoming aware of the lingering racism still present in our society. This awareness is good, but I insist, we have to wait and see who are these people of African descent? Being of African descent does not guarantee anything. Earlier in the interview I mentioned Batista and there is also Mr. Obama. We could fall into another kind of racism.”

DMITRI PRIETO: “It’s nothing new. It exists in countries that practice affirmative action proportionality sought. Look, let’s not assume anything. The new Central Committee is just beginning and I don’t think I know any of the members, black or white. I would have to know these people and have a clear idea of their performance to praise or criticize. They may have splendid ideas and be really committed to the people, or be bureaucrats, as often happens, and that applies to blacks and whites.

Color does not ensure anything more than image, which is important, that is, the image of a race and gender composition that resembles the make-up of the country. Now, remember that in ancient Greece, which was where the term Democracy emerged, there were no elections and women, slaves and foreigners were excluded from governance.

The selection of the governing bodies was made at random, because it was the only way to ensure the “demos” had access to “cracia” or power. The ancient Greeks would say that in any modern system, both in Cuba and the United States, there is an oligarchy, because there is a group of persons presumed to be better or “more capable” than others and therefore they are chosen. That has much to do with how institutions are organized in modern times.

To some extent, the concept of what a political party is or what the State and modern institutions are is what hampers us. Visual representation is not enough to end racial and the other types of discrimination that exist, and or to mend the rupture between the people and the governing institutions. A political overhaul is needed that fights against racism and all forms of discrimination. We must go beyond ensuring black or female faces.”

HT: Returning to Haiti. It has been over a year since the earthquake and Haiti is no longer among the most important international issues. We could say it has dropped off the Hit Parade. At more than a year after of earthquakes and after the election of a new president, how do you see the future of Haiti?

DMITRI PRIETO: “Unfortunately, although I have written about Haiti, I have never been there and that is a handicap to some degree, but not a demerit. All researchers in Cuba know how difficult it is to do field work, while for developed countries it is elemental. It is very expensive and a luxury of the First World, whose prosperity was historically guaranteed by the exploitation of the Third World.

Unfortunately, I don’t know much about this new president, nor the current situation in Haiti enough to review it in a competent manner. We know that there has been great political tension since the last elections, and a cholera epidemic … Cuban doctors are working there … two controversial rivals have returned: “Baby Doc” Duvalier and former President Aristide.

“Communist author Jacques Roumain wrote a wonderful novel about Haiti that is as indispensible to understand Haiti as Carpentier’s “The kingdom of this world.”  His novel is called “The Dew Governors.” This author, a communist -and I never tire of repeating the word because it is very important to rethink what it means to be far left today and to recognize all the good in such projects- gives a tremendously poetic description of the life of the Haitian people facing nothing less than climate change.

We’re talking about the 1940s, the man predicted climate change almost sixty years ago, because in Haiti it was a reality. There is tremendous deforestation that has lead to water scarcity, which is a vital resource for producing food and eliminating hunger. The novel tells about a community’s struggle for water led by a young couple.

The man, who having returned from Cuba, where he experienced the strikes, came up with a way of working together, cooperatively, to bring water to his village. This cooperative form is called “convite” cumbite in Creole, coming from the word “convite” which means social get-together. This popular form of self-organization was able to secure the water this small town needed to return to farming without any need for participation from the State or even religious institutions.

“So I think that a bright future for Haiti will be determined by the possibility of popular self-organization. It’s also what I want in Cuba. It must be said that at a time as painful as the earthquake, the international aid agencies and the states that were sending aid to Haiti were expecting barbaric acts, robberies, massacres and everything you would expect from uncivilized people.

However there are reports by independent bloggers who were there that the people are self-organized, as happened in the U.S. when Katrina hit. They set up camps and spontaneous rescue brigades. And above all there was much caring, unlike the stereotype that the mass media created to impose regimes of law and order, as happened later, but not because of the people but because of the way aid is delivered by the U.S. troops, for example.

This teaches us a lot about how racism and authoritarianism use the same logic of contempt toward outside protagonists. That is the argument of authoritarianism: there are barbarian people who must be dealt with by force and strength because if not, they won’t fit in the mold. Sexism works exactly the same. That was what was shown in a wonderful and terrible way after earthquakes in Haiti.

The people responded to the disaster before the agencies reached them, and this is what theoretically should not have happened from the logic of racism or authoritarianism. So the future of Haiti, and Cuba and the rest of America too, God willing, is self-organization in the new social movements, in the struggle against all the discrimination that is still hanging over us and in creating a friendly environment through popular and supportive action.”

In addition to the Social Sciences Essay New Pines Award 2010, Dmitri Prieto has received other awards and citations for research on transdomination such as:  Isaac Shapera Award 2008 for Best Masters Thesis in Legal Anthropology at the London School of Economics (LSE), Special Mention in Social Sciences Essay Contest 2009, and has authored various lectures and journal articles for digital and print publications.