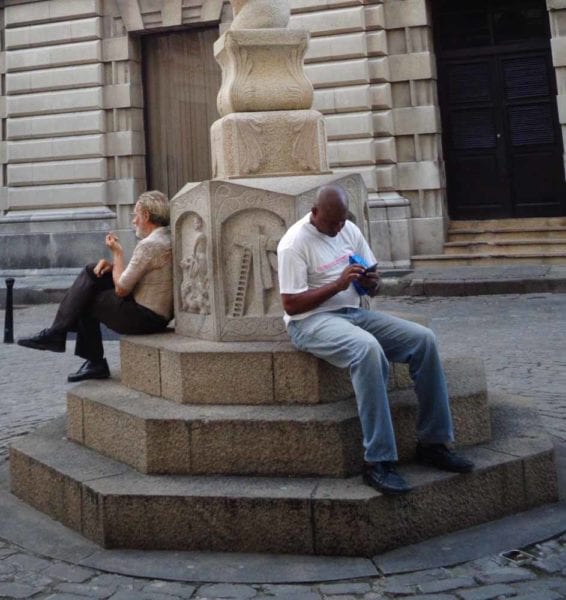 HAVANA TIMES – Talking about racism here is like opening Pandora’s box. Antonio Morales (45 years old), economist at a budget office, believes that in Cuba there are many racist displays, like in any other country, some of which are covered up in subtlety while others are completely stark. Levels of culture and education influence this, just like they do in everything.

Antonio Morales: There are derogatory remarks that are a clear sign: “it had to be a black person” or “then they say that white people…”. The latter phrase has been articulated quite consciously, whereas the first is more genetically spontaneous. It’s like when a black man walks by a white woman and she unconsciously touches her purse or necklace around her neck.

HT: Who do you think is blame for this?

AM: I’m no expert on the matter, I’m just giving my opinion; I believe racism is a situation we’ve inherited. I believe that this situation has come from the time of slavery. I read somewhere that when black people were given their freedom, they didn’t know what to do with it… can you imagine anything more racist than this line of thought! Don’t you think that these rants we are exposed to have a touch of white supremacy? In the Caribbean, everything links back to colonial times, whether it was the French, English or Spanish, the outcome was the same. Although there once being an intellectual circle with black origins, it was never allowed to spread (for obvious reasons).

HT: A lot of the time, racism is a sociocultural phenomenon. There is the myth, for example, that black people are only good for playing sports, or for being good lovers.

AM: I believe what I said before answers this question. Up until very recently, it was said that black people were less intelligent than white people. How can you explain the vast number of black musicians in the world? Especially when everybody knows how intelligent you have to be to be able to play a musical instrument.

HT: How do you explain this phenomenon in Cuba, with a revolution?

AM: I think the Revolution did the unspeakable in the beginning, giving black people a space in every sector. However, over the years and with the economic landscape becoming more bleak, these spaces became displaced. Whether that was because the need to survive meant that they had to seek out non-conventional jobs, where they could earn more, or because many were moved to lower-paid jobs, even if they had studied a university degree. The reality is that it is very rare to see a black person today, unless it’s in the cultural, medicine, retail sector and People’s Power bodies. 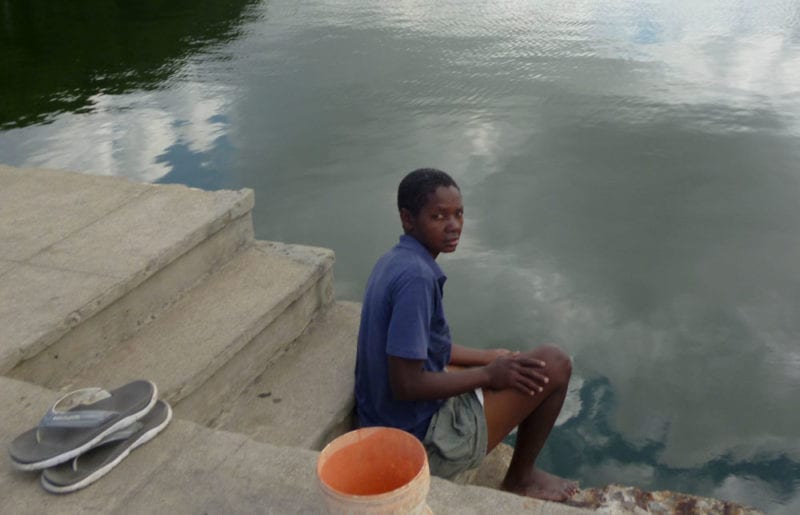 The other thing, which is just as important, is that when the revolution came for black people, they were at a complete disadvantage in every way, as they hadn’t had the same opportunities as white people until then. And, even though racial equality came to form part of our Constitution, it didn’t manage to make their quality of life equal. In other words, equality stemmed from a situation of inequality. Of course, this is just the way I see it, I don’t have access to any data to back this up. But, I’m aware of what’s going on, I’ve had my own fair share of experiences. I am black and I am proud.

HT: Do you mean to say that there are black people here who aren’t proud to be black?

AM: That is a very interesting question, and I will tell you how I am raising my children so you can come to your own conclusion. For me, being proud to be black means accepting my hair, my nose, my mouth, and the color of my skin of course, my culture and history. I have been teaching this to my children in many ways, but like almost all young people today, they have wanted to straighten their hair or get a keratin treatment done, which I haven’t opposed; however, they have managed to accept the attributes of being black by themselves.

HT: You mentioned your own life experience, can you tell me about situations in which you’ve been a victim of racism?

AM: I was just a child when I had my first experiences. I had white friends at school. One day, I decided to go and get one from his house to go and play and I clearly heard his mom when she told him that if he hung out with black kids, he’d become a hustler.

As you can imagine, I frequently heard things like “every sheep with their own partner”, “black people always do it”, then I would hear “black people can be friends but aren’t marriage material”, “he’s black but he’s an economist”, and plenty of other things.

When I began working as an economist, I could feel people looking down on me, and I saw how the group became whiter in some workplaces. I had to change jobs on more than one occasion, until I decided to face up to what was going on. I never thought that my children would have to go through this. Right now, my daughter is in an interracial relationship, which has caused her a lot of suffering. 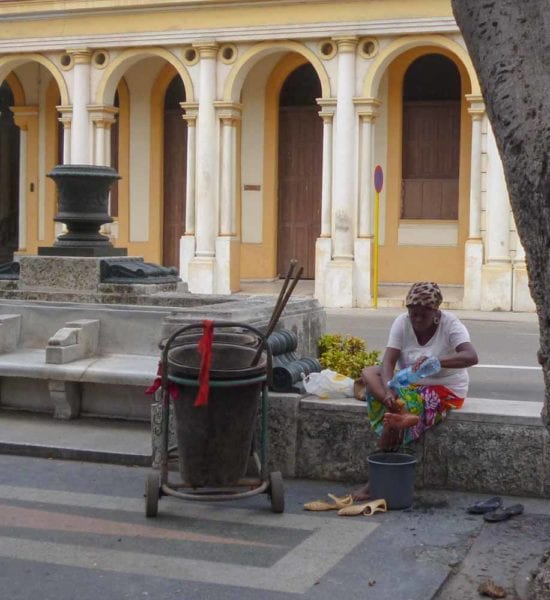 HT: So, the mix of races that we see so often on TV and everywhere isn’t widely accepted?

AM: I imagine there are families who manage to get on and accept one another, but I don’t know of any. I can tell you, from my own experience, that the new member in a white family is always an intruder: “that black one”. Even when “that black one” has money and is who financially supports the wife’s mother, father and even her siblings.

HT: Do you think that interracial marriages are because of money, then?

AM: No, not always, but I have seen what happens, and there a lot more family problems in these situations than between couples of the same color. There is the belief that black people have their own lifestyle, habits and traditions, even different values to white people. I believe that a lot still has to be done so that black people are accepted as equals, even the so-called “almost white” because they are engineers, doctors, or lawyers or have a lot of money. That is the real myth.

3 thoughts on “Another Take on Racism in Cuba”