HAVANA TIMES – Armando Chaguaceda is a political scientist and historian with a long career studying civil societies under authoritarian control in Latin America and Russia.

This is the second interview that I have done regarding different strokes within the Cuban opposition. I had held off from using the term “opposition”, but the persistence of certain groups with proposals for a Cuba which has space for every Cuba, like Ramon Garcia Guerra proposes, may be the closest way to understand its existence.

SARS-CoV-2 has sent me a very clear message, Humans must rethink their relationship with their surroundings. People are talking about the danger Western democracies are facing.

In Cuba, do you believe this new panorama will allow for a dialogue with the government, or will the government take advantage of this situation to take up its authoritarianism a notch?

Armando Chaguaceda: The global trend, today, is to provide solutions that restrict our rights, but this also allows us to rethink traditional models. How do you govern a country? Who do you govern for? So yes, there is a general trend to limit people’s rights across the globe. It’s different in dictatorships and in democracies, but it’s happening in all of them. However, there are also good practices and especially new ways of rethinking democracy, like South Korea, Taiwan and other countries have done, insisting on offering their citizens a combination of safety and freedom.

In recent years, a group of artists, intellectuals and independent journalists has emerged, which doesn’t directly link to the opposition who are aligned with Florida’s politicians, or with the Cuban government. Do you think this freedom could raise suspicions amongst more conservative groups?

Armando Chaguaceda: These independent movements have been around the past 30 years. They are the offspring of a post-Soviet Cuba, with a regime that has remained unchanging in its fundamental pillars – one-Party state, political police, State ideology – but it coexists with a society and economy that is changing: more dynamic, more diverse, more unequal.

Some of these movements aren’t traditionally political in nature – they represent individual causes, business owners, poor neighbors, environmental activists – and others are post-political, and more comprehensive in this sense: advocating for sexual diversity linked to human rights, the promotion of a participatory democracy.

These are movements that have to do with old identities that are reemerging, alongside new demands. This always leads to distrust among traditional players – from one side of the political spectrum or the other-, although it isn’t fair or analytically correct to compare the impact of punitive actions a State takes, which normally bans the existence of these independent movements, who also suffer suspicion because of ideological differences mainly, with conservative groups within the old exile community who can attack them through the media. 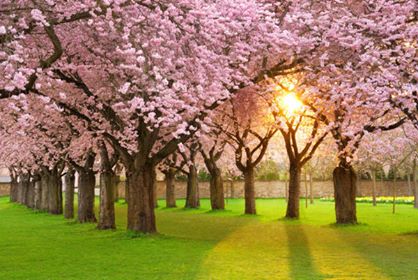 Our reality today is most similar to a post-war scenario. In Colombia, for example, there is a reparations program for victims of the armed conflict. Do you believe this experience could be applicable in our context?

Armando Chaguaceda: In terms of reconciliation, I believe that this has already been achieved from the base of society. Cuban families have reconciled in a society that is becoming ever more international, and they depend on eating three meals a day thanks to the remittances their emigre relatives send back.

One feature of the Cuban government is that it is the only enemy of liberal democracy that depends upon its money: China, Russia and Iran, are just some of the countries that economically sustain their political regimes. However, the Cuban government gets by thanks to the enemy’s money for the most part, just like the Cuban people do.

Getting back to the reconciliation issue there are conflicting stances within the most extreme circles of the Communist Party and the exile community. Experiences that are linked to personal experiences, such as victims of the political stand-off of past decades; but I believe that this reconciliation is achieved from the bottom up.

There are decent studies about the issue such as the ones carried out by the Cuban Research Institute at Florida International University. Assuming a sound approach, they have argued that reconciliation is the key to changing Cuba, a community that is in fact international and, I insist, has reconciliated in what is important.

It’s important for me to find different strokes within the opposition. I feel like it helps that we aren’t taking blind swipes at each other, and especially to know how we want to change and the way to do that. What do you think about this diversity?

Armando Chaguaceda: The opposition has been ideologically diverse, for years. From the very beginning. The opposition began to organize in the late ‘70s, fifteen years after the forces who opposed the Revolution’s victory in 1959 – forces that came from within the Revolution itself – were defeated.

Groups that weren’t all pro-Batista, not even in their majority, but instead came from nationalist, Catholic and populist movements, not Communist in nature, who stood up to the Communists and their dominance of the Revolution, since the ‘60s.

The rearticulating of the “opposition” or “dissidence” began in the late ‘70s and early ‘80s, with many officials from the government itself, from the old Popular Socialist Party, people who even had Communist backgrounds. This is when the first human rights groups emerged, which is important to note.

So, ideological diversity has always existed, that’s a fact; and that’s because breakaway groups emerge with Leftist leaders who have become disillusioned with the path the regime has taken, and so this diversity has always been a constant. There is ideological diversity: there are liberals, Christian democrats, Social democrats, people of different stripes with a mixed variety of ideologies.

Identities are also diverse within the opposition. There are groups who work on racial, labor, community issues, etc. Many books have been written about this. I recommend the book written by Ariel Hidalgo – the Leftist intellectual and activist from the first opposition movement – which he called “Dissidence”, which is a good eye-witness account, and it also has an analysis. Marie L.Geoffray has also written some analytical books about sociological issues, about opposition groups and members, and more recent activism, which is also an important read.

Now, I want to say something: as the opposition is a heterogeneous and dynamic movement, the monopoly of representation of interests or the virtue of Cuban society doesn’t depend on one person, from breakaway groups or critical sectors.

Although some people have made more sacrifices than others, it is very difficult to appoint one person as THE “Head activist” or THE “progressive dissident”, if we assess them by the criteria of representation of interests, organizational coherence, social impact, systemic policy-elaboration, for example.

Plus, no ideology can claim an exaggerated space in the limelight in a society that is more focused on surviving, a society which is mostly defined by the loss of faith in grand emancipatory stories, linked to the government’s rhetoric. Furthermore, I don’t believe any -ism captured the wealth of this society’s sectors, which are trying to organize more and more every day, becoming stronger and facing more hurdles. Artists, journalists, community activists, business owners, including many others.

I’m aware of how the Cuban government has used the excuse of the US embargo to mask the fact that it has been unable to produce a sweet potato for every Cuban per day, in 61 years. But I would like to know, what do you think about this new political landscape in which current US president Donald Trump has turned the heat up on sanctions?

Armando Chaguaceda: The impact of the embargo (I’m using the term I believe to be analytically correct), has to be defined for what it truly is and it needs to be put into its historic context. The embargo has been more or less serious, more or less relaxed, depending on the US administration of the hour and their attempt to either approach or isolate the Cuban government.

Either way, it has been a lot less severe than the embargo that Saddam Hussein suffered between 1990 and 2003, or the one that was used to sanction Franco’s Spain for a period of time. I believe that the key is something that you mention in your articles: Cuba’s foreign trade and access to credit is affected by the red tape imposed by the US government, but there are other key players such as the European Union, China or Russia.

This foreign trade and access to credit is affected by the lack of hard currency that the Cuban system itself generates, first and foremost. This system is incapable of driving exports, fostering the domestic market and creating a new development model. I believe that this is the real impact of the embargo, but the so-called internal “blockade” perversely – and decisively – goes hand in hand with the foreign blockade, aggravating Cuba’s problems.

SARS-CoV-2 has taken the Western world by surprise. In Asia, there is past experience of dealing with these kinds of situations, in spite of the new Coronavirus being a mutation.  I have read that many countries have ended up adopting the practice of wartime medicine, that’s to say, deciding who they save. What do you think about this ethical dilemma and the possible moral damage of this kind of decision?

Armando Chaguaceda: It would be irresponsible of me to comment on the matter, as leading experts in these countries are divided about what to do when the peak of infection arrives, when lockdown is extended. They are divided on deciding who to save under wartime medicine.

I believe that one of the things this health crisis can teach us is that you can’t be a jack of all trades, and we shouldn’t be giving our opinions lightly on subjects that are very complicated. We all have more or less informed opinions, which are derived from our own experiences.

However, when faced with such relevant issues, that can impact the behavior of other people who might hold us up as a reference of authority, we have to be very careful when giving our opinions about the social structure or government strategy. We must uphold our intellectual and civic responsibility, at all times.

5 thoughts on “Armando Chaguaceda on Trends and Possibilities for Cuba”