Rector Enrique Bolanos: “This is the crisis of our generation.” Strict measures adopted at the beginning, give the country more economic viability over time.

HAVANA TIMES – The Central American Institute for Business Administration (Incae) exercises a definitive influence, not only in the formation of business leaders from the private sector in Central America, but also on governments and those who shape public policies.

In the interview below, the institute’s rector, Enrique Bolanos Abanza, son of former Nicaraguan president Enrique Bolanos Geyer, analyzes the world crisis triggered by the novel Coronavirus, the implications of this for Central America, and the strategies for confronting the pandemic that have shown the best results internationally.

Bolanos recommends an initial period of “total suppression” with the adoption of “the strictest preventive measures”. Given the economic costs that this entails for governments and companies, he argues that “in the long run, strict preventive measures give the country greater economic viability.”   If “Central America fails to adopt strict measures,” he warns, “what happened in Spain, and what’s happening in the United States could happen here.”

The Coronavirus epidemic brings States up against the dilemma of choosing between the priority that health and life must have, and the recessive economic implications and fiscal costs of adopting preventive measures.  Where do you stand in terms of this dilemma posed by the world crisis?

If you analyze the number of cases that we have had in the world, excluding China because it’s a special case, there were 160 cases the last day of January; then 6,700 cases the last day of February; and today there are [over] half a million.  It’s expanded 70 times over in the world. And if you look at Korea and then Spain, because they’re two countries with the same population as that of Central America, Korea had 1,200 cases at the end of February, then took severe preventive measures, and today there are 9,000 cases, barely 7 times more. Spain, where they had a mere 58 cases at the end of February, today has 64,000, over a thousand times more.

For us, at Incae, harsh preventive measures are the only way to guarantee human lives. Economic damage will come, to a greater or lesser degree, we have to manage that, but we have to take all necessary measures to safeguard lives and protect the health of our population.

The Central American presidents have defined a strategy though SICA (Central American Intergration System), but there are large differences between what El Salvador, Costa Rica, Honduras and Guatemala have done and what’s being done in Nicaragua. What are the implications of these differences?

Every country has taken different measures, some greater than others. Some have followed the Korean example more closely. Central America is a more isolated region that hasn’t had the quantity of flights or such a large number of imported cases. As of ten days ago, on March 17, there were 126 cases, but today we already have 1,000 cases. If Central America doesn’t adopt strict preventive measures, then what happened in Spain, and what is happening in the United States can happen here.

Some countries have taken harder, more drastic preventive measures; others have taken measures less harsh. I believe that this is the crisis of our generation, this is the crisis of our lifetime and we have to unite and work to see how we face it, for the good of our population. Because we have to stop this pandemic, and its progressive, exponential spread.  I wish we all would take the harshest measures possible to arrest this pandemic, because they’re the ones that are going to help us most.

In Nicaragua, the private sector affiliated with Cosep, AmCham and other business organizations, as well as organizations of civil society, have demanded that the government assume its responsibility and adopt preventive measures against the Coronavirus. Nonetheless, the opposite has occurred. From the perspective of Incae, have you conducted any evaluation of this, and do you have any specific recommendations for the Nicaraguan government in this crisis?

The individual action that we in Incae took at the beginning of March when we saw this coming was what I call total suppression, or total “lockdown”. We have our residential Master’s candidates, the students that live on campus, isolated there, and personnel are working from their homes. Nearly everyone is on “lockdown”.

We’ve opened a webpage, we’ve made offers of whatever help and support can be given to the different friends we have. The general recommendation that we have is total suppression.

The private sector in Nicaragua is taking action; the church in Nicaragua is taking action; the doctors are acting. And I congratulate Funides (Nicaraguan Foundation for Economic and Social Development), AmCham (American Chamber of Commerce), Cosep (Superior Council of Private Enterprise), the Episcopal Conference, the doctors and the population in general, because if you look at the Managua streets, there are very few people out and the population is taking responsibility into their own hands.

I urge the whole country in general to act, there’s still time to avoid having this hit us too hard and to get ahead. Because if the opposite happens, if the pandemic hits us hard and there are high levels of infection – and there are many young people that may already be infected and don’t know it – the human cost could be very high.

The government hasn’t provided a clear and open public explanation of the reasons behind their inaction. Some spokespersons from the Health Ministry say that they shouldn’t take alarming and extremist actions, but extra-officially what some high government functionaries have said is that they’re not going to adopt any quarantine measures because the taxes collected would plummet. But at any rate, the country is already in a recession and there’s a state of voluntary quarantine. What real options does the government have?

I believe that very harsh initial measures in the long run give the country greater economic viability. That’s our official position at Incae. I believe that those who take the position that not adopting strict measures helps the country’s economy, run the risk of having many people suffer and many die. Sadly, we’re going to face the reality that our economic problems will now become much greater, with or without the epidemic. We’re going to lose family remittances, there’ll be lower prices in the commodities market and no tourism.

But the important thing is to safeguard lives, that’s the priority above all. Second, if you mitigate it rapidly, if you control it rapidly, then you begin to reactivate the economy to be able to get ahead in resolving the economic problems. Because it’s going to hit us, it’s going to hit everyone, it’s hitting the developed countries that have much more flexibility than us.

In El Salvador and in Costa Rica for example, the governments have dictated palliative measures to protect the population and businesses. In Honduras, the large business owners are demanding a tax moratorium. Can these measures be effective? How are the governments going to finance them?

That’s precisely the dilemma of our countries. The advanced and developed countries have every kind of fiscal measure for being able to make those decisions. The United States has just now passed a two trillion dollar measure to aid the population. I understand that Costa Rica, which is on a different economic level, is talking about a solidarity tax so that those of a certain higher economic level help the population to get through this.

I believe that these are the measures that we have to see about taking, within the economic limitations that we have in Nicaragua, because whether we want it to or not the pandemic is coming to us. 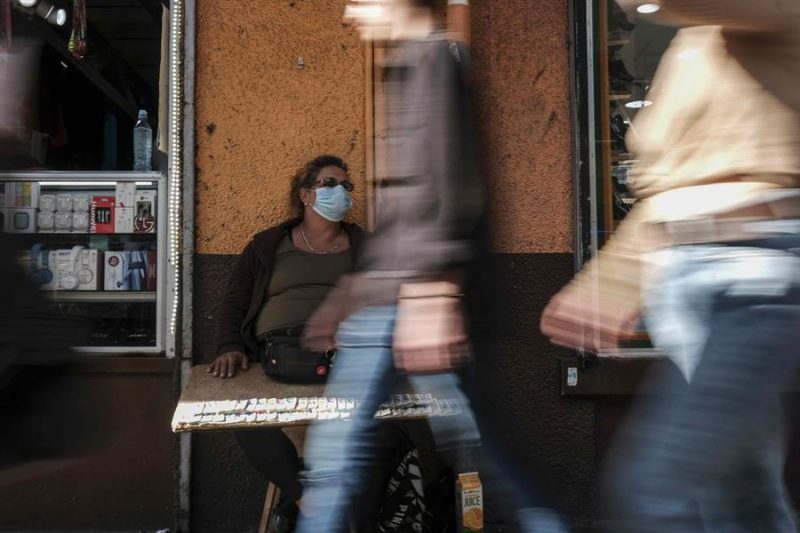 What kind of policies can the formal private sector, the medium and large companies promote to align themselves with those principles you point out, of protecting health on the one hand, and preparing for the economic recession on the other?

This has to be a strategy, let’s hope, that is totally national, involving the private sector as well as the rest of the country’s motor forces. The measure is isolation or initial suppression, but it must be accompanied by a quantity of additional measures, because we have to identify the people who are infected, conduct tests, protect the most vulnerable, protect the elderly; and we have to have masks, protective equipment for all of our medical teams. As I understand it, the private sector is already working and supporting all these things.

It has to be a strategy of all of us at a national level.

Can the private sector, the organizations of civil society, the citizens, take on this leadership without the role of the government? There’s clearly a vacuum in government action in Nicaragua, a policy that’s been the subject of international debate in the region and elsewhere.  Can that vacuum be filled?

Obviously, in every country, the government has a lot of strength and muscle, and it has a lot of impact in achieving the policies that must be put forward. In this case, the government hasn’t reacted, we’re clear, but it’s still early. There are still only a few cases. We’re at the stage where if all of us, everyone as a nation, get involved, we can do everything possible to get ahead with this.

The majority of the Nicaraguan population, more than 70% of the economy, conducts their economic activity in the informal sector.  Faced with the dilemma to stay at home, many people say: “but if I don’t sell in my market stall today, or I don’t go out to carry out my activity, I don’t eat.” What alternative do they have?

That’s the great dilemma of our country’s vulnerability with that informal population. What alternative do they have? There are countries that are doing something about this. El Salvador, Costa Rica are seeking a way to compensate them through taxes, give them temporary help with their economic necessities so that for the two or three weeks that they’re going to be in activities to suppress contagion we could come out afloat, further ahead, with that. On the contrary, if this doesn’t happen, what’s going to take place is the case of Spain, the case of Italy, in which we think that we’re controlling it, but in reality it escapes out of our hands. And later, it can be much more traumatic and with a much greater cost in lives for the entire population.