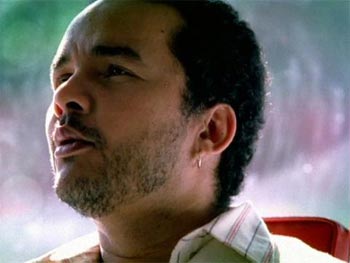 HAVANA TIMES — Another Cuban artist who emerged from the movement called “Nueva Trova” is Donato Poveda, someone whose work conserves the glory days of Cuban music. He agreed to give an exclusive interview with Havana Times after having lived for many years outside of the island.

Havana Times: Going back in time, how did you get started in music in Cuba?

Donato Poveda: My father, God rest his soul, was a sailor, and when I was seven he gave me a guitar that he brought back from one of his long six-month trips abroad. He left again and by the time he returned I had learned two or three songs. I remember one in particular — a bolero — that went “Heading to the bridge, I’m going to throw your love into the river….” That was one of his favorites, and it he taught it to me.

After several attempts to channel myself in the direction of a “normal” career, in 1978 a dear friend and classmate of mine, Alberto Cabrales, along with Alberto Tosca, who was also studying with us, showed me an announcement in the Juventud Rebelde newspaper where the leaders of the Nueva Trova movement were auditioning people, so I decided to introduce myself.

I remember the audition jury was composed by Jorge Gomez, the leader of the group Moncada; Pablo Milanes, Alberto Falla, Noel Nicola, and Vicente Feliu – the most distinguished artists of the genre. That night I met Santiago Feliu, with whom I established a deep friendship that resulted in the duo “Santiago & Donato.” 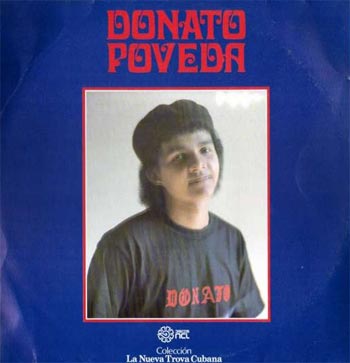 From that professional evaluation were born my first invitations to sing in many national and international events. In 1979, my song “Buscando ciudades donde amar” was a finalist in the Adolfo Guzman Competition. It was sung by Pablo Milanes and won a special mention.

In the ‘80s, another friend, Jose Raul Garcia Marrero, a songwriter who lives in Spain, invited me to sing one of his songs, “Madre por que” (Why Mother?), which also won an Adolfo Guzman award – first prize. What followed were many concerts and tours around the country and lots of TV shows. My favorite was “Te doy una cancion” (I’ll give you a song).

HT: What were the cultural influences on your development at that time?

DP: I studied English at the Enrique José Varona teaching school. I think I have influences from almost everything that was going on culturally at that time. But above all there were the influences of Fina Garcia Marrus, Eliseo Diego and of course Raul Rivero, in the development of lyrics; while musically I was inspired a great deal by listening to the jazz of Emiliano Salvador, his danzon-style pieces. Also, for the universal value of their music, Cesar Portillo de la Luz and Jose Antonio Mendez are still my references when it comes to composing.

HT: Your work as an author became a part of the repertoires of many other artists on the island, even today we’ll still hear these on albums and in concerts.

DP: That’s right, it all started at the EGREM recording studios in a very informal meeting with Luis Yanes and Nestor Proveyer, while drinking aguardiente. Luis told me several stories about productions for Nat King Cole in which he had participated as an assistant and the importance of finding that universal song that manages to transcend time and space. Ever since then I’ve been out here looking for that. I don’t know if I’ve found it yet but every day I keep on insisting on trying to achieve just that. Maybe that’s why some of my songs can still be heard, they really sought to make people happy.

HT: Honestly, after so many years without stepping onto Cuban soil, what longings and feelings does Donato Poveda have? 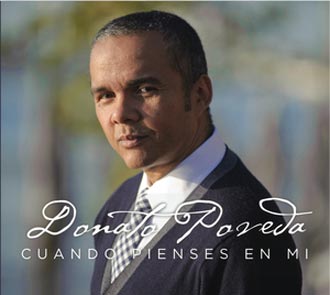 DP: Every day I dream of the Malecon and of the land where I was born that gave me so much love that I still have the energy to carry on. The people I met were special and it was a privilege to share with them. Although I don’t know when or if one day I will return, what I do know is that after traveling the planet, we Cubans have a reason to be proud, because Cuba supports and backs us up with its charm and magic.

HT: In recent times we’ve seen a rapprochement with Cuban musicians, artists and intellectuals who live abroad. Would you ever return to a stage on the island?

DP: I don’t know, I don’t think it’s possible yet. But I’m glad to see that we can overcome the anxieties of unequal ideas.

HT: Your song “Recordaras” (Do You Remember), here and now?

DP: I confess that I don’t live in my memories. The more time goes by, the more I’m interested in the future and in positioning myself in a place where I can be effective in helping other human beings in every way – from my music as a tool to philanthropy. I understand that my visit to this planet isn’t just from me, on the contrary, it’s for all human beings with whom I’ve had contact, it’s so that I can be a positive influence in sharing with them through music: Love, freedom and light.

HT: In relation to your current work, do you think you’ve strayed from the musical approach that defined your earlier work.

DP: Of course, I feel that if I hadn’t moved away from that I wouldn’t have evolved. In addition, I wouldn’t have been able to make a living from music. In 1979 I toured around the country, visiting super beautiful places hidden in the Cuban backlands. There, the musical approach that defined me previously passed its first acid test. That was when I was faced with campesino audiences that didn’t have any idea about the double tropes in my songs and that didn’t have any intention of putting their intellects to work after their long hard day. That’s when the idea began for making songs that would reach many more people than I previously had in mind.

HT: Many of us would like to know what the singer Donato Poveda has been doing all these years.

DP: I’m here in Miami, but they can also look at my website for more information, on the discography page, where they’ll find some of the productions in which I’ve participated, either as a producer, composer or as an artist.

HT: What places in Cuba would you return to first? And do you have any special place where you would give your concert for personal reasons?

DP: Mayajigua Lakes, in Santa Clara Province. I want to go back there. I don’t think it’s a place for a concert, but I love the site. The first thing I would do would be to go on vacation, then I’d think for a long time about where I’d like to perform, there are so many places, but there are many more tourist attractions to enjoy.

HT: Finally, how do you define the artist who has always coexisted with Donato Poveda?

DP: I’m the worst, sometimes I feel I don’t deserve all the blessings God has given me. I have a huge family with my wife, five children and one granddaughter. They’re very close to me, in fact they define me. They’re why I live, work, exert myself and make all my concessions to the world; it’s to see them happy, to see them succeed, because I know that success is only worthwhile when it’s shared with one’s loved ones.