HAVANA TIMES — In the ‘90s, a lot of people wanted to be responsible for watching over the State’s establishments and assets because security guards had other benefits on top of their salary. Years have passed since then but being a night or day security guard continues to be an advantage when compared to other jobs which only receive a low income.

Many professionals are still asking themselves why security guards earn more than them when they had to study for years; and as a result of the existing financial crisis, some have left their jobs to become security guards.

Elena Guzman Andino, 45, is an employee at the Pinar del Rio province’s Security and Protection Services Company, where she is a Security Guard. She works 12 hours straight and then has 48 hours off. Here, she will tell us a little bit about the reality of her work: the benefits and the dangers.

HT: Being a security guard requires having personal defense training. When you began working, did you receive any kind of training?

Elena Guzman: No, they only told me about the place I had to protect and the job’s obligations and prohibitions. I was given a baton which we are obliged to carry, luckily I have never had to use it on anyone because I don’t have the faintest idea about how to hit someone with something like this.

Training is given to employees at the SEPSA Company (another state-owned Special Protection Services Company), they are more specialized and look after places at high-risk, and that’s why they have a payment system based on results as well as a considerable income.

HT: What are the conditions at the places you have to keep guard?

EG: Dreadful. I have been stationed at different places, I have had to stay in the dark in some of them because we need to save electricity. In some of them, the only ventilation I have are some windows which I only open when I feel very hot because if I do open them, I get eaten alive by mosquitoes. I can’t take a fan, I live far away and when I leave after having kept guard, I don’t have the energy to do anything let alone carry the fan back home. 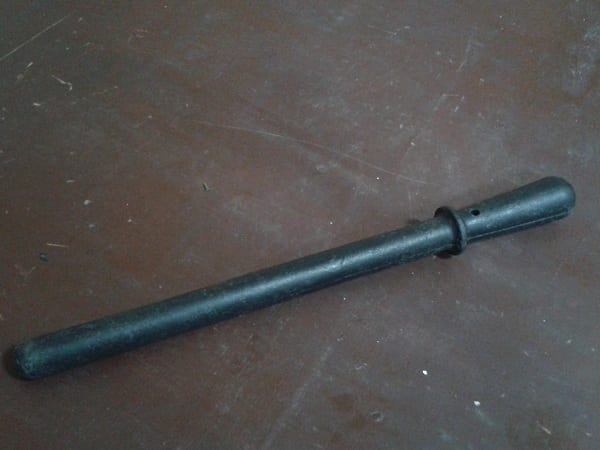 There are places, such as the post office, which really get me down because I have to work at night; there isn’t any access to a lavatory, I need to come up with ways to pee. Other places are in the process of collapsing; if anything happens, shouting is the only way I have to communicate to get someone’s help as phones are locked away during the night. We are banned from sleeping, of course, we’re supposed to be alert. If guards get home after working and don’t sleep, it’s because they slept while keeping guard; I’m absolutely shattered when I get home, not wanting to do anything.

HT: Do you hear a lot of noises in the night?

EG: You hear everything, the faintest noise: rats, toads, cockroaches. On Saturdays, after clubs close, there is nearly always a couple or two who come to have sex in dark places. Drunkards mostly just start shouting, crying, talk to themselves but they don’t hurt anyone and they aren’t even aggressive. I think that if anyone tried to rob something, they wouldn’t have much to take, the places I look after don’t hold very valuable things.

Up until now, I haven’t had any problems, but I just can’t get used to working nights, they are very long. I don’t know what it would be like to be stuck in one of those places when a hurricane comes, but it must be terrible. Sometimes, I have thought about putting in my notice, but then I bear it a little longer. There are some thoughts that torment me: what if the building catches fire, I would have burned inside by the time anyone got help.

HT: Does your salary cover your needs?

EG: My income is 260 Cuban pesos per month, plus the bonus which is 10 CUC (240 pesos) and the allowance, which isn’t a salary. If there is a complaint or incident in the month, then my bonus is taken away. My son came to bring me food once and the boss on duty, who was doing his rounds like normal, called me out because no one else can be in the place apart from the guard. There is an incidents book, everything that happens is written down there. I’m given a toiletry bag, this is why I haven’t left, plus the money I get. I have three sons who depend on me, their father left us a few years ago. I have the opportunity to work in other places but I wouldn’t get the bonus.

HT: How would you describe the nights you keep guard?

EG: It’s like a night at a funeral home or at a hospital and if it’s somewhere you feel afraid, it’s even worse. When I was keeping guard at a place near the cemetery, people used to say that spirits would come out running; I heard chains and cries a lot of times. The thing that calmed me down was knowing that my neighbors knew I was inside and that if anything happened, they would come to help me. Some nights are longer than others, which depends on the thoughts and worries you have on your mind that night.

HT: Do you think only men can be security guards?

EG: Luckily, we have equal opportunities and rights here in Cuba, especially when it comes to work. I am a single mother, I have raised my children with everything I could give them; I educate and teach them to do good. I have never spoken to them badly about their father even though he doesn’t see them very often. At the Security and Protection Services Agency where I work, there are more women than men, the majority are aged over 40 and many are university graduates who are just there because of the job’s perks: income, bonus and toiletry bag.

My youngest son doesn’t want me to carry on being a guard, he tells me to find something else. They stay alone at home the 16 days I work in the month and even though I have explained to them the reason I’m not there, he still doesn’t understand. On my free days between keeping guard, I try to help them with their homework, wash clothes, clean and organize the house, run errands, go to the hair salon. If I decide to leave for another job, it has to be to improve not only my finances but conditions too. While I continue to keep guard at night, something better will appear in the future.