HAVANA TIMES — Journalist, singer, producer, filmmaker: this has been the professional carrier of Sheyla Paz Hicks, born in the town of Tumba Siete, in Cuba’s east-laying province of Santiago de Cuba. Today, she works in the film industry in the United States.

HT: How long have you lived in the United States?

SPH: It was 14 years this past December. It seems like forever!

HT: How did you end up in Nashville, the Country music capital? Could you briefly share your impressions about the challenge of adapting to a culture that’s completely different to Cuba’s?

SPH: Well, I actually didn’t know Nashville was the world-famous Country music capital until a few years after moving there. My husband and I had met in Cuba when I was working as the producer for a band and we were performing at Havana’s Hotel Riviera. We had a long-distance relationship for two years and then got a marriage visa.

My first two years in Nashville, I studied music (piano and voice training) while learning the language, as I wasn’t yet fluent in English. I was talking with my husband about the city one day and he told me that the street behind us was Music Row. I asked him to explain what that was and he told me that’s where all the labels and studios where many Country music legends had recorded all of the famous songs we know, including the great, late Elvis Presley, were. It was very surprising for me to end up in a city that breathes music, my passion in life.

HT: How did the idea for Spanish-TV and Entertainment Circle come about as you were adapting to your new environment? How were these received by the non-Hispanic and Spanish-speaking communities?

SPH: In 2006, I was already working as a model and actress for different companies in Nashville and I had an agency that represented me. As we love to dance salsa, people would tell us they had seen us dancing on a local public channel. One night, we tuned in to see if we saw ourselves on the show. That was when my husband suggested I have my own TV show. 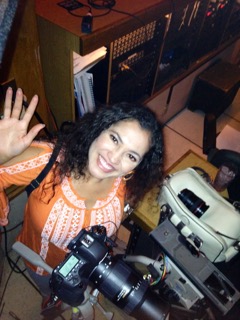 I really didn’t know a thing about television. The idea of having a show on that channel, SPANISH-TV, came up while talking to someone in the Latino community. We produced the show together for six months. Then I continued by myself, with the support of my husband, the public channel and the community.

Once I had a fairly solid program, I presented it to the local Telemundo channel and I was on the air there from September 2007 to December 2010, which is when Telemundo shut down its local channel. As I didn’t have a place to air my show for the Latino community, I went to a Comcast local channel, but I wasn’t getting much of an audience because most Latinos don’t watch TV channels in English.

That’s when I decided to launch my own Internet-based network, with the new name of Entertainment Circle Network. Over the years, my program has been very well received by the Latino and Anglo-Saxon community, for no one has managed to do what I’ve done for years here in Nashville.

HT: Are you working on any projects related to Spanish-TV and Entertainment Circle?

SPH: Spanish-TV was an important part of my career as a TV producer, and the name is part of the logo of my company, Paz Communications. It will always have a special place in my heart. I also have most of the programs I did back then on the Internet, in addition to the programs and interviews I do for Entertainment Circle. One of the new projects I’m working on – and we already have the pilot – is a cooking show called Zest del Mundo. It’s co-produced by Israel Garcia, an Ecuadorian filmmaker. We hope to be able to put it on the air very soon.

HT: There’s information on the Internet and social networks saying you’re working or will be working in the production of a film. Are you in fact entering the film world?

SPH: Yes, I’m very excited about this production. I’ve been working as a film and television actress for quite some time, but this is the first time I’ve become involved in all aspects of a film. The film is titled Mary Poser. The director is from Australia. We met almost a year ago, when I interviewed another Australian director for Entertainment Circle. That’s when he spoke to me about a film and we began to work together a day later. We shot a number of scenes in June of 2013 and we will be shooting again in April and May. Then, we’re going to the Cannes Film Festival to promote the movie. We’ve also launched a public fundraising company in Indiegogo to be able to finish the film. This is one of the challenges we’re facing in the world of independent cinema and television. We don’t have the money for these projects but we always manage to make our dreams come true. 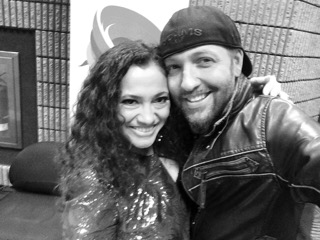 HT: Considering the experience, time and money that the film industry requires, what will happen with your other two projects?

SPH: I always have time for my projects, it’s simply a matter of managing your agenda and organizing your tasks and duties. I always have interview requests, events to cover in the community or red-carpet ceremonies to attend to. The work piles up often, but, when I share it with audiences, it is very well received and I am grateful to all of them for following my career and supporting me. Without fans, we have no artistic career, and I am very grateful for that!

HT: How has your personal life been all this time, away from your native country?

I am with a man who supports me in my career and, even though marriage is sometimes difficult, we have been able to maintain a strong relationship based on love and mutual respect for 14 years. At difficult moments, when someone in the family has been ill or I’ve lost a relative and have been unable to be close to my family, my husband has been a rock I’ve been able to rest on and he’s given me the strength to move on. I am very grateful for his love and support in every sense of the word.

HT: Could you tell us a bit more about Sheyla Paz Hicks, beyond her professional career?

SPH: I lead a very normal life, like anyone else. I get up at six in the morning every day to go to the gym for an hour and a half. I come back to get ready to start my work day, at 10 am. I always take an hour to prepare lunch and dinner. I’ve changed my lifestyle completely. I’m a vegetarian and I don’t make a habit of dining at restaurants, because there aren’t many options for vegetarians, and you save a lot of money eating at home. I also love to cook and come up with new, healthy recipes. Luckily, my husband’s also a vegetarian and it’s easier to cook one meal rather than two, like when I first arrived from Cuba. 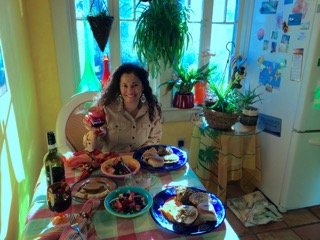 We share the housework. If I’m very busy, my husband cooks and I wash the dishes. If there’s dirty laundry, he puts it in the washer. I often tidy up and clean the house while he does some gardening work, and vice-versa. Sometimes, we do things together, particularly when we plan one of our patio salsa parties, which we call “Copacubana.”

We’re very passionate about dancing, particularly salsa. We used to compete in salsa contests as a couple and we’ve won awards. That’s when we decided to make our own dance floor out on the patio and invite all of our salsa-dancing friends, and those who don’t dance but enjoy watching others dance.

I believe I am very fortunate. I have many friends from many different countries. When they come to my parties, I often say I have the United Nations on my dance floor. My best friend is Colombian and, even though we both own small companies, we travel a lot and have very busy schedules, we always find the time to meet and talk a bit. Friends are what make one feel comfortable, get used to new social traditions and insert oneself into a new lifestyle, particularly when we are far from our loved ones. They are what make life in a new country feel like life at home.

One thought on “From Cuba to Nashville: An Interview with Sheyla Paz Hicks”