HAVANA TIMES — Recently, I had the pleasure of interviewing some of the members of one of the latest Cuban rock bands: Bassist, song-writer and director Alex Lofler, cellist Yanet Moreira and song-writer and vocalist Franklin Rodriguez. The group was formed at the end of last year but has already enjoyed some success.

HT: How does the band Halley come about?

Alex Lofler: We came together as a band in December of 2012, after several attempts at creating a band with these characteristics. We began to find one another gradually. We started to perform pieces together and finally decided to put out an album. One of the things that make us different is that we have a cellist in the band. That was something we had in mind since the beginning.

HT: Are you members of any music association or company in Cuba?

AL: We’re completely independent. Despite our limitations as independent performers, our first and only album was nominated this year for a Cubadisco award. We were very surprised when we learned we had been nominated. 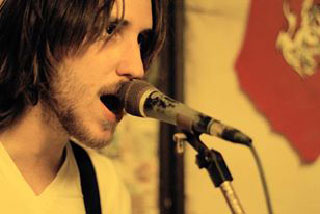 HT: Why did you decide to have lyrics in English?

Franklin Rodríguez: About 80 percent of Cuban rock bands play pieces with lyrics in Spanish, and 20 percent sing in English or do hard-core metal. Indie rock, which is what we play, isn’t played much on the island, and we’re playing it as it should be played. English is simply a more universal language, and it has a broader audience, in this genre. 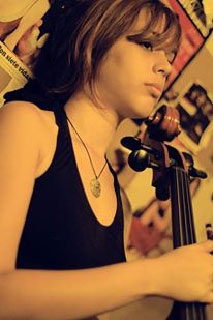 HT: Tell us about the album that began opening doors for Halley.

AL: The album brings together 11 pieces by the band. It is a mixture of many different styles. Our pieces are along the style of bands like Coldplay. There’s also something of The Beatles in what we play. In fact, people tell us we remind them of The Beatles. We recorded the pieces in 15 sessions, over the course of four months.

HT: Why is there a cello in a band like Halley?

Yanet Moreira: I’ve been studying music since I was eight. I graduated in 2012. I played in Havana’s Chamber Music Orchestra for some time and, today, I am with Cuba’s National Symphonic Orchestra. I do this in addition to playing in the rock band. The cello gives our music a different sound. Our idea is to have solos with this instrument instead of a guitar, which is the customary. Let’s say that this gives our music a very British feel.

HT: Where would you say you stand within Cuba’s rock movement?

FR: There are many rock bands in Cuba, but we haven’t heard any that’s doing the kind of music we want to make. In Cuba, you either play very hard rock, or do something more pop. Nothing in between tends to be successful. 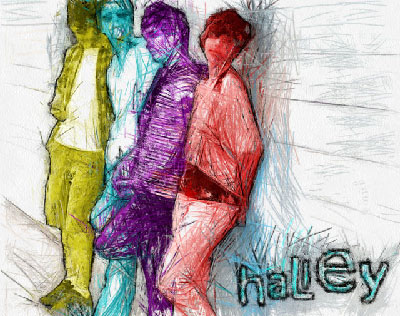 We’ve taken a risk, and managed to secure an audience. All of us in the band believe you can do commercial music while still being true to the music you like. We’re probably too soft for those who like metal, and too hard-core for those who like pop, but, right now, we’re seeing a lot of people asking for our kind of music, and we’ve placed our bets on this market.

HT: What are Halley’s future plans?

AL: We think that approaching a record label as an independent band created a few months ago isn’t the best way to go now. We want to throw some concerts first, promote the work we do, through our own efforts.

We have a Facebook page, and a webpage (www.HelleyCuba.com), which you can look up in Google. Through our webpage, we got in touch with a company that represents artists over the Internet, Sidebaby. We’ve already signed a contract with them. The company offers a whole series of services, from registering and promoting your pieces to selling records.

We’re also open to offers from Cuban labels. Anyone interested in our music can contact us at: [email protected]