HAVANA TIMES — Theater expert Vivian Martinez Tabares talks to us about the Latin American and Caribbean Theater Festival (Mayo Teatral) to be held in Havana from May 16 to 25.

HT: How would you summarize the essence of Mayo Teatral?

Vivian Martínez: Mayo Teatral is a Latin American and Caribbean theater festival organized by the Theater Department of Havana’s Casa de las Americas cultural institution every two years. It is an important space where people can gather and interact, as it brings together some of the best and most dynamic stage work being done in the region today.

The pieces that make up the program are selected on the basis of their quality by the festival curators. The festival also organizes workshops, talks and opportunities to analyze the creative process, as well as a gathering of Latin American and Caribbean theater experts, where participants get to know one another and their works up close.

HT: Tell us about the origins of the festival.

VM: Mayo Teatral came about as an extension of conferences organized by Casa de las Americas in 1998 and 1999. In 2001, it became the festival it is today. It has a threefold aim: to bring Cuban spectators up to date on what is happening on the Latin American and Caribbean stage, through a selection of the best contemporary pieces; to give participants, particularly young people involved in theater, the opportunity to advance professionally through workshops offered by several, experienced theater directors, and to hold the gathering of different theater groups, which is often held in the middle of the festival (the festival beings on a Friday and ends on the Sunday of the following week).

We should also stress that the Latin American and Caribbean Theater Festival, Mayo Teatral, was created as a means of restoring and extending the spirit of the Latin American theater festivals impelled by Casa de las Americas between 1961 and 1966. Today, we have many different festivals, and we want to acknowledge that those were the pioneers, expressive of the spirit of integration that always moves our work.

HT: What do you believe has been the festival’s contribution in the course of its history?

VM: I think the public and critics best answer that question. I believe Mayo Teatral has offered us an open-minded and unprejudiced look at the different tendencies behind performance arts in Latin America and the Caribbean, or at least, as much as this has been possible in material terms. It has helped broaden the cultural horizons of many people, including those involved in theater who participate in the festival, who are rewarded by the richness of the work of different artists and groups. Many collaborative projects have come about thanks to the gatherings we’ve held. 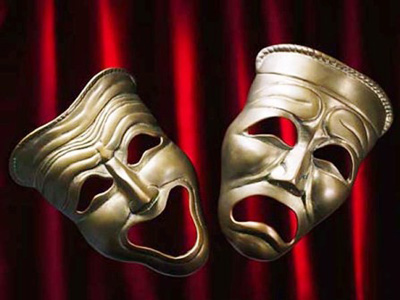 HT: Any special plans for this year’s festival?

VM: This year, the festival’s motif is intermingling, understood geographically, culturally and linguistically. Our region is a territory of diverse forms of intermingling and each of the stage works selected expresses this. Theater mixes with literature, and, within it, with prose, poetry and essay writing. It also comes into contact with silent cinema, music and puppetry and, more insistently, with video, which maintains a constant exchange with the actor on stage this time around. We also have other cross references, texts written in one country and staged in another, classics rendered within specific Latin American contexts. All of this invites us to reflect on the different ways in which cultural identity expresses itself.

HT: Tell us about the participants and their works.

VM: We have twelve theater groups from six countries and thirteen plays.

From Mexico, we have the Teatro de Ciertos Habitantes, a theater company known for its highly artistic intercultural and interdisciplinary explorations. This year, they bring us El automovil gris (“They Gray Automobile”), which sets up a dialogue between a classic Mexican silent film and oriental forms of acting. The Dominican Republic’s Compañía Nacional de Danza Contemporanea, directed by Cuban choreographer Marianela Boan, brings us Sed (“Thirst”).

From Cuba, we have five plays, to be staged by five important theater companies. The Ciervo Encantado company brings us Un elefante ocupa mucho espacio (“An Elephant Takes Up Too Much Space”), pieced together from stories found in Laura Devatach’s Monigote en la arena (“Doodle on the Sand”), winner of the Casa de las Americas Children and Youth Literature Award in 1975. Santa Clara’s Estudio Teatral will stage Hojas de papel volando (“Pieces of Paper Flying”), a one-person performance starring actress Roxana Pineda, based on the book of the same name by Colombian actress Patricia Ariza.

These rich diversity of plays will be staged in different theaters around the capital, such as the Sala Llaurado, the Bertolt Brecht Cultural Center, Mella Theater, the Guiñol, Nacional and Trianón theaters, as well as the Ciervo Encantado and Casa de las Americas theater halls (all located in Vedado).

HT: How would you situate Cuba within the context of Latin American theater?

VM: I believe we have many things to show and many others to learn, at several levels. The country’s development is bringing us closer and closer to the rest of Latin America and, despite hegemonic efforts to prevent integration, we have no other alternative than to unite, converse and learn from one another, conscious of our differences and what we are.