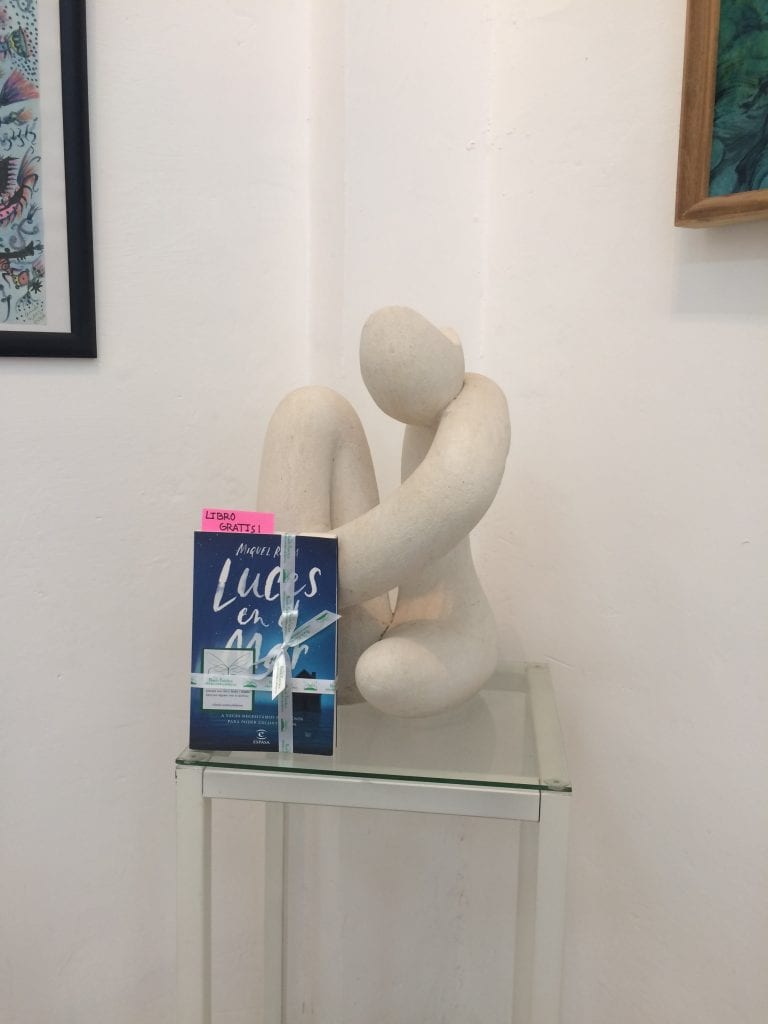 HAVANA TIMES — In today’s high-tech era, even with the slow advances that are being made on our island, how does a book compete with shiny, bright-colored screens that seem to bubble with life?

For example, the colors, movements and 3-D optical illusion of a videogame are just bewitching.

Whereas a book’s magic needs to go beyond the seemingly static column of words and 2-D pictures. Once you are immersed in a book, it can take you to such distant lands you wouldn’t even be able to describe. Journeys which travel at the speed of thought and put us in touch with past eras, events, passions that make us tremble which we never come the same out of.

How do you break this taboo that has been created by the competition of a mobile or tablet? Before, only a book could occupy this intimate space in a briefcase or bag.

Even though many Cubans still don’t know it, there are mysterious fairies that place books in public spaces across the country with the sole purpose of someone picking them up, reading them and then putting them back to be rediscovered by someone else, and the cycle repeats itself. A free book which also carries the story of the hands that have turned its pages.

Havana Times interviewed one of these fairies and even though he is a young university student who answers to the name Ruben Dario, he hasn’t given any more personal information, because these magical doers remain anonymous as part of the “The Book Fairies” strategy.

How did the project come to life? 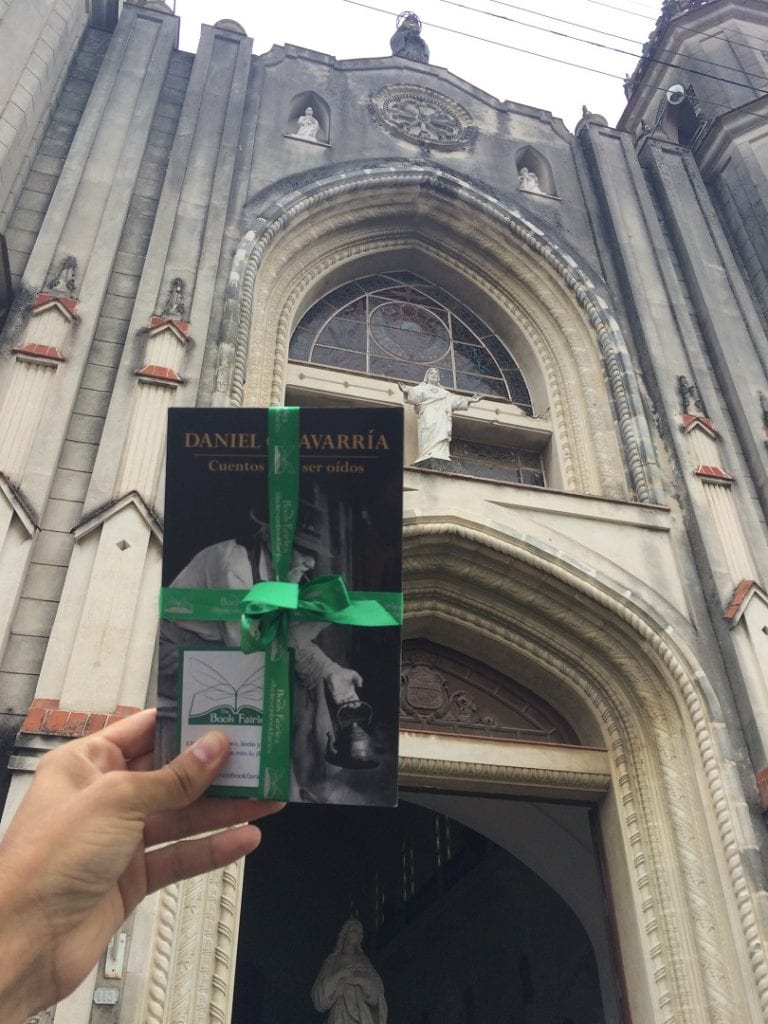 “The Book Fairies” project first appeared in London last year, in 2017. In the beginning, it was a project called “Books on the Underground” which used to leave books at London tube stations. The idea was simple: hide a book with the purpose of it being found and then put it back so the cycle could continue. Then, this idea was exported to the rest of the world and baptized “The Book Fairies”. There are now approximately 9000 book fairies all over the world in over 100 countries.

When and how was Cuba included?

Cuba has been involved in the project since August 2017, give or take. I follow Emma Watson on social media and one day, I saw a video of her hiding/leaving International Women’s Day books in different places in New York City. I began to look into the project and went to the website www.ibelieveinbookfairies.com , which is where I discovered what all of this was about.

On the website, there was a section where official fairies from each country could register and I realized that Cuba wasn’t on the list, so I wrote to them asking them to become official.

Stickers with the TBF logo are placed on the books so people know what it’s all about. Once a book has been found, you take a photo and upload it to your profile on social media, whether that’s Facebook or Instagram, so that readers can see where you left it. The first step you need to take in order to become a Book Fairy is to buy these stickers online on the organization’s website.

When I wrote to them, I explained that I couldn’t buy the stickers because I didn’t have a credit card (like many Cubans don’t) and so they sent me a free packet of 50 stickers to start off with. 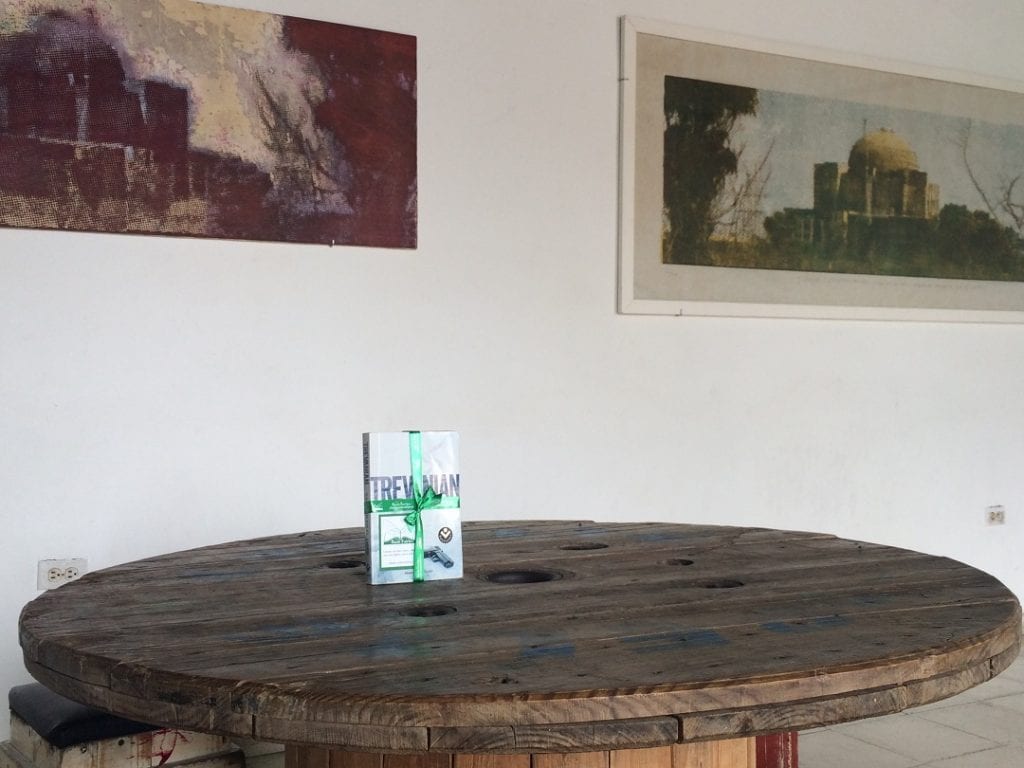 Do you put copies on a specific subject out? Are you interested in prioritizing a particular audience’s attention, for example, young readers?

The books we share aren’t subject to any specific theme, they can be novels, poems, science-fiction, horror… whatever the book fairy has available to hide, books that they might have already read and are maybe throwing out or books that are collecting dust in our rooms that can be read by someone else. We don’t target a specific audience either. That’s why, while the book is awaiting its fate to be found, the recipient can be an old man or a young university student.

What reference do you use to understand the impact of “The Book Fairies” project on people?

Social media play an essential role in finding out the TBF’s impact on people, because when a book is found, sharing a photo with the tags @bookfairiesworldwide or @bookfairies cuba explaining where it was found, would be the ideal thing to do. Normally, this is quite hard to do in Cuba because Internet access is far more restricted here than it is in other countries.

Besides reestablishing the valuable habit of reading, does the project also aim to encourage a certain way of thinking or philosophy?

Our philosophy is to build a greater community of readers and book lovers, and that’s also the aim of this project. To have some kind of impact on people who might change or modify their reading habits as a result of this project. Readers regularly check our social media pages, it’s an efficient way for them to get book recommendations. 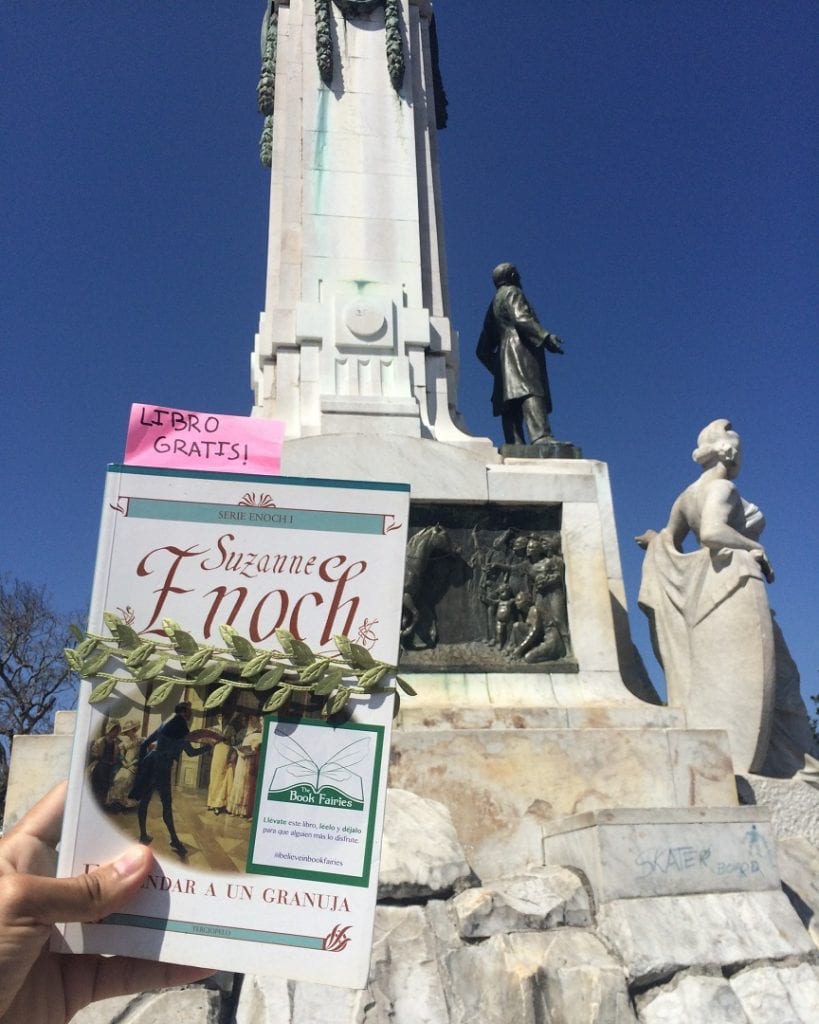 What guarantee do you have that the person who finds the book will actually read it?

None, it’s really a question of luck. But, maybe this person gives it to their nephew or to their daughter and they read it and so we’ve made an impact anyway. It’s not something you can easily measure.

What percentage of the books that were placed in different places over the world continue to pass from hand to another?

Many people interact on social media or in reading groups such as Goodreads and they comment on how they found a book that was hidden by TBF in cafe x or park y and this is also a reference for us.

Bearing in mind the fact that humanity is going through a tumultuous and pragmatic time, generally-speaking, with advances in global marketing which use more and more aggressive strategies in order to capture people’s attention, isn’t it naive to encourage reading through a game of hide of seek?

The idea to hide the book anonymously, wrapped up in wrapping paper, relates to the organization’s concept and name. We are book fairies who are giving and sharing the gift of reading with strangers so as to encourage reading. It’s a simple idea, but that doesn’t mean it doesn’t influence readers’ lives.

How do children normally react?

They are normally very surprised and happy because we make it interactive… at the end of the day, we are fairies, so we explain to them that the books need to enjoyed by other children and that once they have a book in their hands, it’s their decision whether it continues to circulate or not. The children we gave books to at the Pediatric Hospital were very happy and we loved being able to bring a smile to their faces on that day. Even though we don’t currently have many copies of children’s books, we are working so we can soon hide some of them at zoos or schools, thereby interacting with the child audience even more.

Besides Emma Watson, are there any other celebrities who taken part in the project?

No, Emma Watson has been the only celebrity thus far. We recently carried out another campaign with the actress in Paris, where we hid copies of “The Handmaid’s Tale” by Margaret Atwood (http://ibelieveinbookfairies.com/2017/06/book-fairies-and-emma-watson-in-paris-the-handmaids-tale/).

In Cuba, have you been able to carry out this project freely? Hasn’t there been fear on the government’s part about the content of these books? 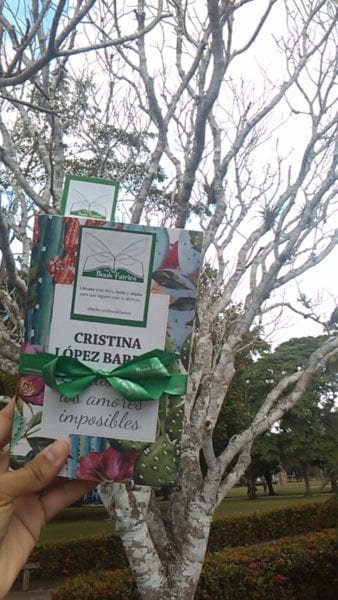 The only restriction we’ve faced so far has been the fact that Cuban publishing houses haven’t responded to our collaboration proposals, but that is something that happens everywhere. Unfortunately, we still haven’t received a response, until now that is.

Do you have an interesting anecdote you can share with HT readers about your experience collaborating with this project?

When we first started this project here in Cuba, we left a book in a park and there was a man nearby who was watching us and didn’t understand what was going on. We went away and waited to see who was going to take it. The man stood there a while looking at it, puzzled… He was like that for about 10 minutes until we got tired and told a pair of tourists that there was a book nearby that could be picked up, that they could take it if they wanted to. They then went past this other man and told him and it was he who finally picked the book up. It’s a normal reaction, it’s something very new. Most people don’t know about the project and people normally become confused when they see a book sitting on a bench or at the foot of a statue, to be picked up.

Is there any hope that books will once again take their sacred place (in cultural history and people’s hearts), which the world’s greatest writers attributed it?

Personally-speaking, literature will always have a sacred and special place in the heart of humanity, there are so many ideas and projects like this one that won’t allow it to be lost in oblivion. Even though technological advances are unstoppable, a digital work will never be the same as the smell of a book’s pages, paper and printed ink mixed with dust.