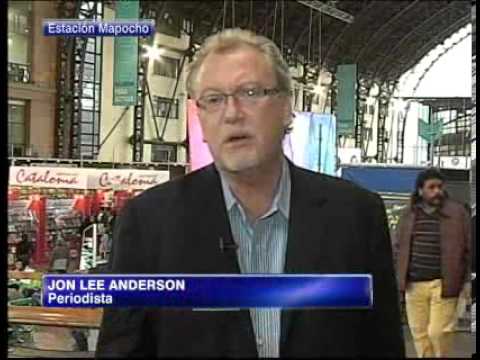 “I’ve just been in Nicaragua and it’s wrong to attribute revolutionary virtues to Daniel Ortega.”

HAVANA TIMES – According to Jon Lee Anderson (legendary US journalist who has covered events in dozens of countries and published articles in several of the world’s most prestigious media), Latin America and the world in general are going through a crisis that cannot only be viewed from the old Left-Right dichotomy.

DPA talked to Anderson in Peru, where he was the special guest at the 23rd edition of the Lima International Book Festival.

The world has changed. The Sandinista Revolution, that epic accomplishment of the Latin American Left’s struggle, has become a harsh dictatorship and is clinging onto power just like the dictatorship it confronted in the past did. What happened?

Jon Lee Anderson: I’ve just been in Nicaragua and it’s wrong to attribute revolutionary virtues to Daniel Ortega. He lost three elections and won again in 2006, but only thanks to the alliance he made with his former enemies.

He changed his slogan and now he is a “Christian, socialist and in solidarity”. I don’t know what that means exactly. His wife is the vice-president (Rosario Murillo). Most of the historic leaders of the Sandinista Party have distanced themselves. And now, he is doing what every authoritarian leader does: stay in power no matter what.

Can it be interpreted as another of the Left’s failures?

JLA: It’s wrong of the Left to cling onto romantic notions. Many of them pigeonhole themselves with ideas of what a person used to be. Like in Venezuela: I have no doubt that (Hugo) Chavez had good intentions in the beginning, but then he surrounded himself with opportunists and mediocre people. The same thing (happened) in many countries. The Left is ailing because it became corrupt and held onto an unreal rhetoric. It didn’t prepare the people, create social awareness or a State of Law.

Things only work when you have a Rule of Law, independent of whether it’s the Right or Left in power.

How do you see the situation in Latin America then from a Leftist point of view?

JLA: With (US president Donald) Trump in power, with someone like (ultraright candidate Jair) Bolsonaro winning survey polls in Brazil, it doesn’t help to talk about the Left and Right, but about humanism and democracy. Democracy doesn’t catch on in most countries and authoritarian leaders understood that they need to go to the polls because it helps to disguise them better.

We know full well how authoritarian regimes can use and exploit democracy. Look at (Russian president Vladimir) Putin, who was democratically elected. And (Filipino president Rodrigo) Duterte.

No dictator takes power with arms anymore. You have to understand that democracy is a very precarious thing. The new battle we have now is for humanist politics that save the planet. Climate change isn’t a Right or Left issue?

We don’t have a future if we don’t create laws that stop what are today’s patterns. We need humanist policies towards women, gender. Is racism a Right or Left issue? Rather, we need to be talking about humanism and real democracy.

A few years ago, it seemed like the Left was making a comeback…

JLA: There was Chavism which was being sustained by the oil “boom” at the time which created the idea that the Left was on the rise and buzzing. And it came at a time when the United States was distracted by war expeditions in Iraq and Afghanistan. The Left was able to flourish again, but it didn’t manage to consolidate itself. A lot of rhetoric without much behind it. It didn’t build solid foundations. Look at Ortega. Cubans have been inoculated to some extent because they are on an island and there is a sort of calm there.

JLA: In Central America, Mexico, Venezuela, Brazil, violent crimes are extremely high. It’s the most homicidal region in the world. Why?

It has to do with Rule of Law. Neighboring countries (to Peru) aren’t walking down a good path. For example, (former Brazilian president) Lula (da Silva) was put in jail, but what about (Brazilian president Michel) Temer? He hasn’t even been elected and there are audio files confirming the fact that he received bribes. The Brazilian Senate is a refuge for criminals. And if Bolsonaro wins the election, he’d be like Trump on methamphetamines.

And, of course, all of this coincides with Trump’s presidency in the US…

JLA: We have a criminal in the White House who I hope goes to jail sometime soon. While he is there with his racism, arrogance, and hostile and negative character, he acts as a trigger. In Nicaragua, I asked myself whether Ortega was able to do what he is doing because we have a Trump. It’s as if nothing is happening and you can do whatever you like.

What would be young people’s ideology today?

JLA: I’m leaning more towards the Left, but I’m not utopian or naive. I’ve been present at enough conflicts to understand when rhetoric doesn’t really go hand-in-hand with reality. In Nicaragua, young people have woken up, but they are up against hooded men with guns. In most societies, and dictatorships know this, that you only need to kill a few people for the rest of them to go home. Authoritarian leaders have many means. They have an extremely Machiavellian and bogus arsenal of weapons. We need to know that this is wrong and that we need to fight.

JLA: Authoritarianism is engulfing democracies. In Latin America, it isn’t the Left or Right, it’s the whole region, society. It’s time to set out on new paths that seek to strengthen society and its values, which respect humanity more than anything else. We need humanist forces to stand together. People who are aware and active in any society are always a minority.

Authoritarian leaders have learned how to exploit our passiveness and handle everything as if it were “fake news”.

JLA: Today, journalism is the battle ground. We (journalists) are the only thing that stand between people and the truth. We’re being attacked for good reason. The public aren’t served by Facebook or Apple because they are commercial entities that sell things. We are the guardians of truth. Those of us who have chosen this path need to try and be impartial.

That’s our greatest duty and if we don’t do this, then we fall into creating entertainment, the newsletter or propaganda of the party of the hour.

In 2008, I was in Tennessee and when (former US president Barack) Obama appeared on TV, a guy said: “He’s a Muslim.” I stopped in my tracks. “Yeah, I heard it on CNN” (he insisted), which simply can’t be true. It was the first time I really experienced “fake news”, in my own country. Trump’s support base are these people who believe lies or know the truth but want to believe in lies instead. It’s a truly new phenomenon.

However, can’t the Internet also be a way to mobilize people?

JLA: Yes, but they can influence it, everything can be hacked. In Iran, in 2009, it was the first-time young people mobilized themselves for democracy via Twitter. On the second day, the dictatorship already knew what they had to do: which is what Ortega is doing, snipers killed them. I was there, I saw it with my own two eyes. A car came to the university campus and seven guys got out with axes. They killed four or five. Students who saw it happen began to warn young people elsewhere and terror dissuaded them. Less and less (protesters) began to appear every day. Nobody took to the street. How did they do this? Using social media.
——

Jon Lee Anderson (California, 1957) is a legendary US journalist who has covered events in dozens of countries and published articles in several of the world’s most prestigious media such as “The New York Times”, “Financial Times”, “The Guardian”, “El País”, “Time”, “Life” and “Le Monde”.

One thought on “Jon Lee Anderson: “Authoritarian Leaders Know How to Handle Democracy””