A university leader, nicknamed “the Foreign Minister,” recounts the abuse in the prisons of Daniel Ortega

Levis Artola spent 202 days behind bars, and for him “it is an insult” to change the prison regime to house arrest for some political prisoners.

HAVANA TIMES – Although he was imprisoned for seven months in the La Modelo prison, the university leader, Levis Artola Rugama, now under house arrest, did not lose his sense of humor nor the charm that characterize him. Neither did he lose the rebelliousness that motivated him to get involved in the protests against the dictatorship of Daniel Ortega and Rosario Murillo.

The “Foreign Minister”, as his friends call him, was released to house arrest on March 15. That day he left the prison along with 49 other political prisoners. In San Dionisio, Matagalpa, they celebrated his arrival.

Artola Rugama was illegally abucted on August 25 in Leon, along with five of his friends. First he was in the departmental station of that city, then he was moved to the cells of the infamous El Chipote interrogation jail and ten days later he was taken to La Modelo prison. In all these places, he suffered physical and psychological abuse, but he estimates that, compared to what was done to other political prisoners, he did not take the worst part.

In this interview, he talks about torture in prisons, and he refers to the ninety-day deadline for the release of the political prisoners. “Our constitutional rights must not be negotiated,” he says.

The young university student believes that the political prisoner is a “prey.” “He is one more victim in a very vulnerable and completely risky state,” he says, and demands the immediate and unconditional release of all political prisoners, in rejection of the ninety-day deadline established at the negotiating table between the Civic Alliance and the dictatorship.

How was your arrival in La Modelo prison and your encounter with the other political prisoners?

In the first place, I was in what they call gallery 16-1. We did not do anything, but later we filled ourselves with pride, of being the actors that we were, and decided to start singing the National Anthem. For that, I was punished, and they took me to a punishment cell that was on the ground floor. I was there for three months, obviously I was not going to stop singing the anthem.

For three months we sang it, all night, shouting slogans, singing patriotic songs, and always with a strong and rebellious spirit. We were always rebelling, singing the Anthem, expressing ourselves; because there, in those circumstances, for political prisoners it’s the law of the muzzle, nobody speaks, and if they do, it is what they oblige you to say.

What were the conditions like in the maximum security cell?

It was a small cell, possibly two meters long by one and a half wide. It is very small; we had a concrete berth with an orifice in which we relieve ourselves. There were skylights done by the bricklayers, supposedly so that air could enter, but nothing got through. In that place we had no lights, the doors were hermitically sealed. No air got in, and during the day there was a little clarity, but by the afternoon there was none.

How were the beatings that you and your colleagues in La Modelo received? 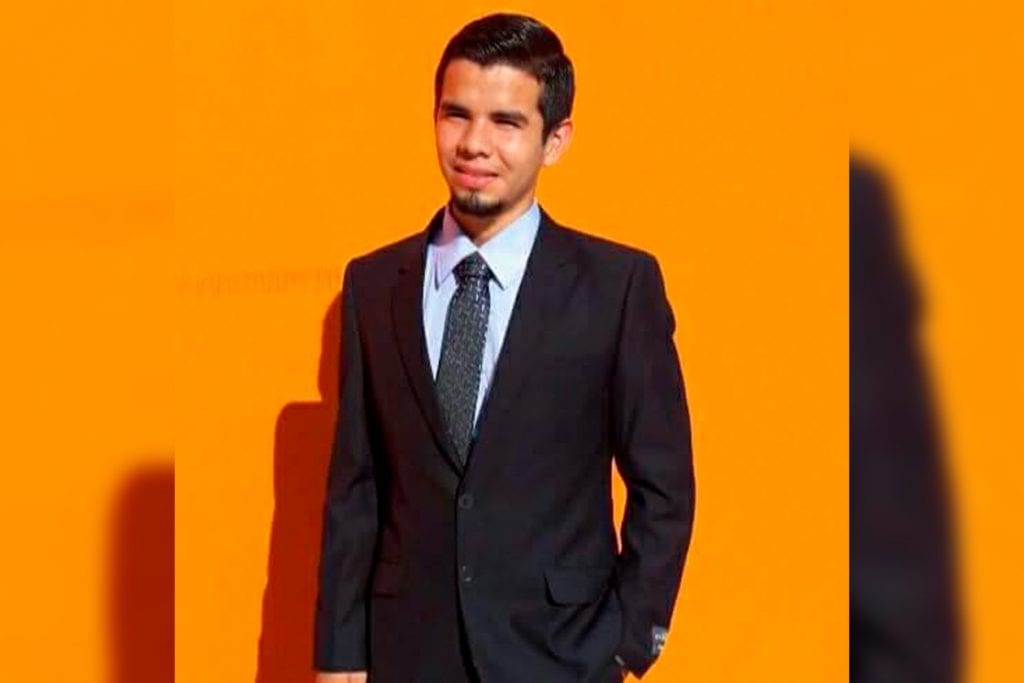 To clarify and be very sincere with all the people of Nicaragua, I did not suffer as much as others did. In my opinion some people were not given the visibility they deserved, because it is not comparable (my experience) and what I saw they did to others.

In Leon, when they captured us, it was hard. They beat me with their fists, slaps, shoves, kicks and they forced me to be under the whole group. Can you imagine how many pounds were on top of me? We were beaten. Some people are violent, cruel and paranoid. They are very defensive, full of hate and resentment.

In the penitentiary system they were rough, very brutish. These officers go through a brainwashing process and that makes them act that way. It seems to me that feeling was caused by what was happening. They felt defensive and felt betrayed. They also beat us when they were taking us to the hearings and would offend us. Always beating and kicking for everything. In maximum security we tried to do a mutiny, but it did not happen. It was because of problems with the officers who kicked the doors. They did not let us sleep. They are metal doors. They would only kick the door and were always offending. That creates stress and insomnia.

After your attempted mutiny, what punishment was imposed on you?

It was really a reprisal, one of the biggest. I felt more pain than everything that had happened before, from beatings and humiliations. What they did was shackle our hands and feet behind our back, tight, which caused a cut off of our circulation flow. Our hands got swollen. They turned purple. That and also the blows and the position we were in. It caused a lot of pain throughout the body. It hurt a lot. Everything hurt, even the ears.

So we suffered that from one in the morning until eleven in the morning. A very long and extensive time. It was torture. I was completely fainting. I screamed. I even asked for help, because I could not stand it. And, the only thing I did was pray to the Lord so he would touch their heart so they will come and loosen us a little.

But it did not happen. It was very frustrating, something that I will never forget. I utterly feel a noise in my mind every time I see someone with a watch or a wristband. It is frustrating. I think that that caused me more problems than the blows and humiliation that I suffered. 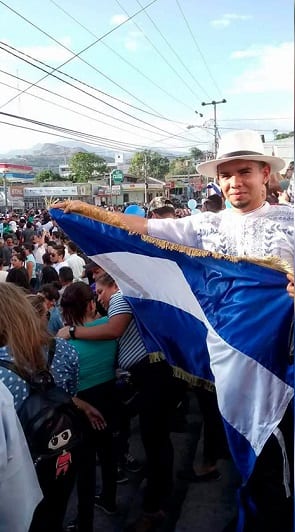 I did not know what was happening. Yes, we realized (something was going on) because the other common prisoners shouted that 170 people were going to be released, but I did not know that among those people I was going to get out of there. At one o’clock in the morning they woke us up and came in to search us violently, rapidly and took us out. They took me to a place. Since I was naked, they told me to look for clothes in a pile of old clothes. Then they took us to another room, and there we waited for the morning. And later, they made us sign some documents, that we were not allowed to read, but I perceived that it was our way out.

What is your opinion of the change from prison to house arrest?

It’s a fiasco. It’s an insult, the prison regime for innocent people, for people who have suffered so much. And I am not referring much to me, but to others. It is something disappointing, because truly, just as they kidnapped us, they could liberate everyone without conditions, without setting conditions.

What sequels do you have after your release to house arrest?

I have had a lot of problems adjusting to the environment. The light has made a lot of impact on me. My eyesight was damaged because I was in a very dark situation. Also, the same pressure that we had in there caused us to have little desire to eat. So, I still do not eat much. I also have a lot pain in my legs, in my bones, sometimes as a result of some of the beatings that they gave me, because they never hit the face, only the body.

Have you been harassed by Sandinista sympathizers, police or paramilitaries?

Yes, many threats, harassment. Currently, my family has had serious threats, to my mother, who is a woman that does not bother anyone. She is very Christian. There has been a lot of harassment. It is a very uncomfortable situation, because they are on the defensive, maybe disenchanted or angry. So, it is very dangerous and they are armed.

What do you think about the negotiation between the Civic Alliance and the dictatorship?

What do you think of the term of the regime to release the rest of political prisoners in ninety days?

I believe that ninety days is a lot. It is too much for the conditions in which people are there. It is cruel and inhuman. And I, at least, still feel myself imprisoned and I can continue thinking as if I am in a cell. I say it is disappointing. I would be with a big depression if I still had to wait ninety days.

What did you keep your spirits up inside the punishment cells?

To be rewinding the tape. To be thinking and analyzing how the country was before April, when the Government seemed strong. You saw an imposing Government that had the hold of the reins, the control of everything. To be thinking about what was achieved, gives you strength. In how Nicaragua managed to turn its back on it and slap the Government in a situation when before nobody protested.

Are you afraid of being imprisoned again?