HAVANA TIMES — A Cuban singer and musician arrives in the Arab Emirates to discover her true home. Hakely Nakao launches her first album in another distant land, Turkey, where she now resides.

HT: How did you, a Cuban, arrive in this region in the world?

Hakely Nakao: It was a very long journey from Havana to Muscat, the capital of Oman – a more than 30-hour flight and 9 hours difference between the two countries, to say nothing of the three connections in Europe and then the Arab-Persian Gulf, to finally make it to the Sultanate of Oman. That was my first adventure in this part of the world, a unique experience for any Cuban.

This change in my life took place in 2003, when I was offered a two-year contract at Oman’s private Classic Music Institute. The interest in discovering, getting to know and being able to live in the Arab world led me to accept the contract, which would distance me completely from the professional work I was doing in Cuba. I didn’t think about the consequences of my decision at first. These weren’t written down anywhere and no amount of money could compensate for them, for the loneliness and the nostalgia.

HT: I can imagine the culture shock this can entail for a Cuban woman. 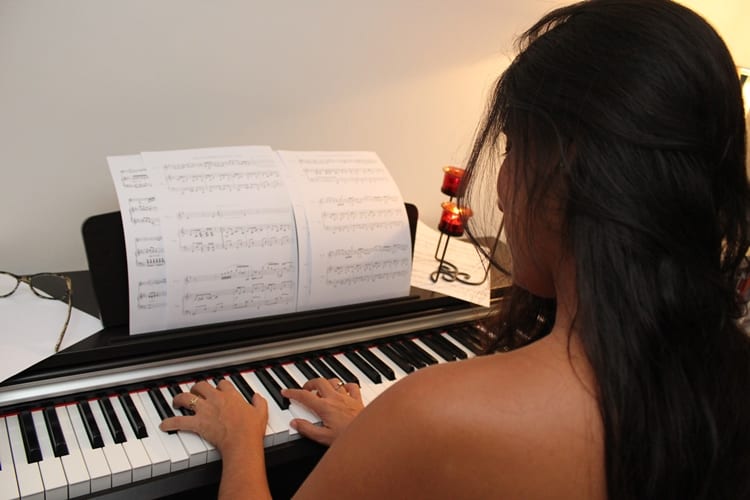 HN: “Cuban” and “woman” may be quite strong words in the region. If you add “alone” to the mix, a woman who has no male partner to answer for her, a husband, brother, father, uncle – the relationship doesn’t matter, all that matters is the gender of that person – then the situation is serious. Their entire culture has flourished under the written precepts of that renowned book that dictates the philosophy of Islam.

Culturally, women either work surrounded by other women or by relatives, where the brother or husband make the most important decisions and speak on their behalf. That doesn’t mean women are isolated, in contrast to other Arab countries. Women are valued far more here. They work in public places and even represent the country. But, being a single, female Cuban musician can be misinterpreted by others at first.

Another interesting experience has been adapting to the clothing, which undeniably helps bear the intense heat of the desert, to co-exist with a male-dominated culture that is still taken aback by a woman walking alone, who goes jogging at the park or goes to get the groceries at 11 at night (which is when I have the time to do this). In short, they look at me as though I were from a different planet. You want to be yourself, but can’t.

HT: Is this particularly the case in Turkey?

HN: Turkey reminded me of who I was once. It made me see that the forces of destiny are always at work, at the right place and time, that everything happens when it must, even though the path may be difficult at first, that hardships make you a stronger and better person. I discovered this marvelous place when I arrived in Oman, in photos, videos and anecdotes, through the eyes of a Turkish man who loved and was passionate about his roots, and an Istanbul that was far from him, as Havana is for me. Turkey turned out to be magical place that gave me back the strength I had lost after leaving the island. 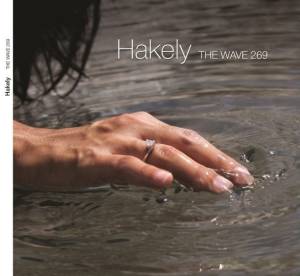 HN: The Wave is the name of the condominium I lived in Oman, and 269 was my apartment number. Thus, The Wave 269 is the address where each of the songs in the album were born in, and the dwelling that witnessed the discovery of each of the feelings reflected there.

HT: The album reveals your talents as a composer and singer.

HN: It’s true. I feel this is rather daring of me. Sometimes, in life, you get to a point where you don’t care if you’re judged for what you do or think. The cathartic act of revealing what I feel expresses the strength I’ve acquired away from home, the desire to yell at the world, in all senses of the word, what I had to say. I didn’t do this hoping to succeed or advance professionally, I merely express myself as someone with something to say, and turn this into song.

HT: How do you see Cuba from your new perspective?

HN: It continues to be the same Cuba I experienced inside, but now I miss it. When the place you’re in doesn’t get you close to your roots, you have two options: accept the inevitable process of entering a new culture or clinging to your own. I opted for the second one. Being Cuban is far more than what the political, commercial or cultural propaganda tells us, at home or abroad. Being Cuban is a proven quality seal which you regrettably only know when you’re far from home. Or, perhaps, when you’re abroad, you don’t feel they label you when you speak of the true worth of Cuban music or the colors of your flag, or when you confirm that cane spirits may not be the best rum in the world but do make for the best cocktails.

HT: Is love the main motivation behind your album? 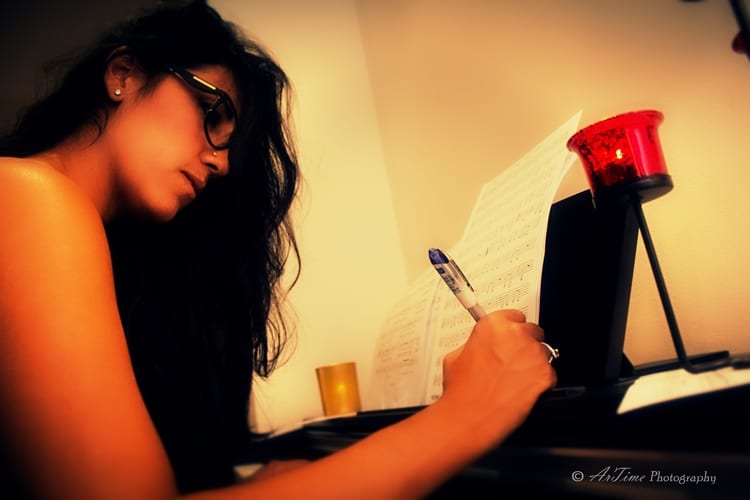 HN: As the great composer Ernesto Duarte says in his well-known bolero, “How it happened, I don’t know, I can’t tell you how it happened, I can’t explain it, but I fell in love with you.” I fell in love to the full extent of the word, with a man who is today part of my adventures, those of my family and friends as well, of my roots, of what I am and want to be.

HT: What are you currently doing in Turkey, professionally?

HN: I am a member of the chamber choir CorlSTanbul, directed by an Armenian maestro living in Turkey. There, we have a contemporary repertoire and sing pieces authored by the director also. I am beginning to enter the marvelous world of classical Turkish music and learning to use the Makams with my hands, under renowned composer and musicologist Erol Sayan, with whom I also share an interest in traditional Cuban music. We are continuing to work on a project that emerged there, from the curiosity we both hand in a bridge between the two forms of musical expression from these two countries. As long as music continues to be my means of expression, I will find the way to travel the world singing, singing and singing.