HAVANA TIMES — Odette is sitting in front me with her legs crossed, wearing the kind of smile that says you can ask her anything you wish. She is petite and dark-complected, with the full-bottomed figure Cubans describe as “criollita de Wilson” (a caricaturized depiction of a voluptuous female local).

Though she prefers mini-skirts and high-heels, she is wearing jeans, a tank-top and sneakers. Her delicate gestures and her frustration over not looking her “very best”, as in other occasions, makes me feel a little disheveled and not too feminine, and to forget that there are male genitalia between her legs.

Odette: I’ve always felt uncomfortable inside this body. At first, I thought I was just like any other effeminate boy.

HT: What was your life as a male like?

Odette: I was self-conscious, because I was short, had a big butt and a small penis, and I would stutter. I would bathe in my underwear. I was afraid the other boys would think I was gay and rape me.

As a student, I was beyond reproach: I was an active member of the Young Communist League and did my military service with honors.

I took two majors at university. I got to fourth year in Medicine and fifth in Pharmacological Sciences. I took a break, so that they wouldn’t issue my degree with my male name. I also had a problem at the Fajardo Hospital pharmacy which involved a criminal investigations unit. I took some medications out of the pharmacy without the needed prescription, because the guy who was going to write it up for me forgot to do it, and they found them on me. They scratched out four years of work from my employment record there. The medication was for my mother.

I took female hormones for the first time when I was eighteen. But my body showed no changes and I tried to commit suicide. I continued to live with a male body, against my will, until the age of twenty-seven. I was very brawny, I did a lot of physical exercise. I still have a very hard stomach. Developing a feminine body took a lot of work. I still looked very masculine eight months into the hormone treatment.

HT: Are your breasts implants, or the result of the hormone treatment?

Odette: The hormone treatment. But they’re small and that troubles me. As a woman, I would like to have very big breasts.

HT: Have the hormones helped reduce the size of your Adam’s apple?

Odette: Mine wasn’t too pronounced to begin with. On the other hand, I have a lot of facial hair and I have to shave every day. The hormones make the hair thinner.

Odette’s hands are small and delicate. They look feminine, even with short nails. Odette, however, casts them an unsatisfied look.

Odette: The hormone treatment weakens my nails and keeps them from growing. I have to use fake nails.

At first glance, Odette’s life and daily concerns are like those of any transsexual who feels they are a woman trapped in a man’s body. Contrary to most, however, she is attracted by women.

Odette: Raised as a boy and forced to have girlfriends along the way, I took a liking to my own gender. But I don’t like women the way men do; I like them as a woman. Women would always look at me strangely while I was still pretending to be man. Picture a lesbian trying to act like a man. I would become their best friends, never their boyfriends. 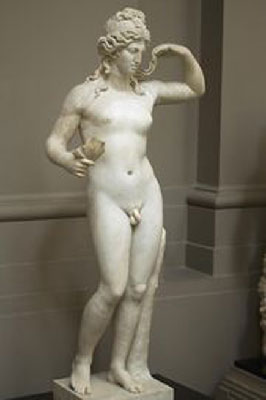 HT: What about now?

Odette: I’ve hit on thousands of women and have only had three girlfriends. I had my first sexual relation when I was thirty, with a girl whom I gave a bit of money afterwards. I tried to hire prostitutes, but they refused to have sex with me. I had been taking hormones for three years and, when one of them saw me naked, she said that the only thing I needed to do to become a woman through and through was to get rid of “that thing.”

Odette: Difficult. Without penetration, unless they want it. It is difficult to reach an orgasm like that and it’s rather painful, unless the woman masturbates me. But lesbians can’t stand the sight of a penis. I don’t have a problem with penises, what I don’t like is the male body. In fact, I don’t like women that look strong, I like them to look very feminine.

HT: You were a member of the transsexuals and lesbians group at Cuba’s Center for Sexual Education (CENESEX). How did you feel there?

Odette: Misunderstood, in both groups. The lesbians didn’t see me as a woman. I have a problem with my identity, not with my sexual orientation.

HT: Why don’t you get breast implants?

Odette: They’re too expensive. Many women have them thanks to a wealthy husband who pays for them. I was going to get them for free through a State-subsidized operation. One operation for the implants and one for the genitals.

HT: But your male genitalia give you the possibility of making a woman pregnant, in a country where homosexuals aren’t yet allowed to adopt children.

Odette: That was a dream of mine. I thought of doing what many in other countries have done: they get married, have children and, after a few years, they tell their wives that they’re actually married to a woman.

HT: That’s what happens in the movie Normal, with Tom Wilkinson and Jessica Lange. They stay together in the end.

One would think Odette, a transsexual who is attracted to women, is tormented by contradictions, but that’s not the case.

HT: I’ve been told your mother is a Christian.

Odette: A Seventh Day Adventist, like I am. I was the one who took her to Church, to evangelize her. They had invited me to become a pastor. They asked me to stop going to church when I told the truth about my identity.

HT: Wouldn’t acting in a pornographic movie go against your Christian convictions?

Odette: God gave me the free will to do anything.

HT: Who should you have sexual relations with after you’ve had your operation, to please God: with women or with men?

Odette: God doesn’t judge me for my body, He judges me for my mind. In my mind, I am a woman. Therefore, I should be with men.

HT: What if you don’t get the operation?

Odette: I should be with a man all the same. Accepting me would be his problem.

The problems I have with my family don’t have to do with relationships. They see me as a homosexual. I’ve tried to explain to them that there are girls who turn fifteen and never start getting their period. Then, they can’t get pregnant. When they go to the doctor, they discover they’re actually males, it’s just that their penises never developed and their testicles never dropped. 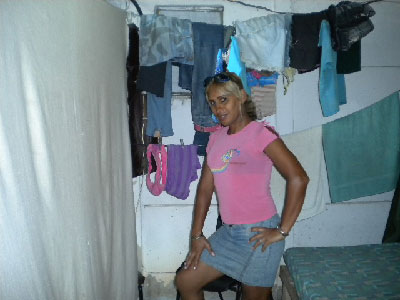 Just imagine, they have female bodies and female mentalities. When they find out they are males, they want to kill themselves. My mother says that’s not my case, but it’s pretty much the same thing. They have Y chromosomes, like me. Therefore, they are males.

One gets used to what one has. Social pressures are what force us to choose between being a girl or a boy. Society classifies people as men or women on the basis of their genitals. I see myself as a woman who has a penis. That is what I look like if you take my picture.

Christians aren’t the only ones who divide people. In another country, I could have an ID with a woman’s name without the need to get an operation. Genitals aren’t what make you a woman.

Some homosexuals change their appearance and their genitals to be accepted in society, and then they feel bad about this and want to kill themselves. Being a homosexual isn’t the same thing as being a transsexual. Transsexuality is a medical condition.

HT: There are currents of Christianity which do not see homosexuality as a sin and affirm that God loves you without you having to renounce to who you are.

Odette: God says homosexuals will not be allowed into the kingdom of heaven. He can make me change my orientation. If he doesn’t, I will try to keep away from women. Or I will sleep with them and not go to heaven.

Had I not been exposed to the Gospel, I would have liked to have slept with many women. I like being faithful, but pornography would give me the opportunity to do that. It would be a way of living like a teenage lesbian, of having a lot of fun. I feel frustrated, because I haven’t experimented in the least. I could live with a woman who accepts me the way I am, and forget about going to heaven. God gave me a free will. But I haven’t found that woman yet.

HT: Shouldn’t you have gotten your operation by now?

Odette: I could have gotten it in October of 2012 but I wasn’t ready. One of the candidates had second thoughts and they called me. But I was no longer with the person that was going to take care of me. We’re talking about two operations, I couldn’t go it alone. I was also afraid my mom would have a heart attack. I should have prepared her for it and didn’t.

HT: You haven’t told me your male name.

Odette: I’d rather not. The name I chose has a symbolic significance, I didn’t pick it out at random or because it’s pretty. The full name is Giselle Odette.

HT: In reference to the ballet pieces Giselle and Swan Lake?

Odette: Yes. Giselle feels betrayed and goes mad. I feel cheated by life. In Swan Lake, Odette is trapped in the body of a swan. That’s the way I feel, trapped in a body that isn’t mine. The operation is my Siegfried.

In the meantime, while she overcomes all of the contradictions in her life and awaits a new opportunity to undergo her operation, Odette sells crackers to make a living. She hasn’t had sex in eight years.

2 thoughts on “Waiting for Siegfried: An Interview with a Cuban Transsexual”