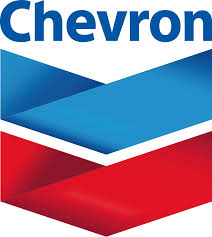 HAVANA TIMES — Ecuadorian Foreign Minister Ricardo Patiño announced in Caracas Monday that his country will approach the chairs of the Union of South American Nations (UNASUR) to register a formal complaint against the US oil company Chevron for its attempts to evade legal proceedings arising from environmental damage caused in the Ecuadorian Amazon, DPA reported.

Patiño stated that its report on the “unjust lies” the oil company has divulged about the case will be submitted on August 30.

Ecuador’s Foreign Minister declared that Chevron resorted to the Hague Court of Arbitration to challenge a sentence handed down by an Ecuadorian court, calling this “a legally absurd move.”

He added that Ecuador is engaged in an “uneven, multi-million dollar battle” against the oil company, which, according to him, has based its disparaging campaign against the Ecuadorian government on “dangerous lies.”

Patiño stated that Ecuador is calling for the creation of an international team that will monitor the activities of multinational companies in the region.

Last February, the Hague Court of Arbitration instructed the government of Ecuador to prevent the enforcement of a sentence imposed on Chevron by an Ecuadorian court, an instruction which was rejected by Quito.

The court had ordered the oil company to pay 18 billion dollars for environmental damage caused by its operations in the Amazonian region between 1964 and 1990, when it was still operating as Texaco.

Chevron challenged the sentence, considering it a product of political pressures brought to bear on Ecuador’s judicial system. The oil company had been accused of dumping toxic waste in the Amazon region.

Patiño visited Caracas to meet with his counterpart, Elias Jaua, and to review relations between the two countries.

The Ecuadorian diplomat said that he resumed bilateral talks with Jaua and reviewed “very important” issues, such as the construction of the El Pacifico refinery, a project Venezuela is to participate in.

“This refinery is of the utmost importance to Ecuador, and the project has relied on Venezuela’s support and assistance,” Patiño explained.

The diplomats also addressed issued related to trade and the Bank of the South, an initiative of former Venezuelan President Hugo Chavez.