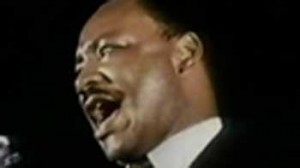 HAVANA TIMES, April 4 — Today marks the 44th anniversary of the assassination of Dr. Martin Luther King, Jr., on April 4, 1968, at the Lorraine Motel in Memphis, Tennessee. At the time, his every move was being tracked by the Federal Bureau of Investigation.

We speak with journalist Tim Weiner, author of “Enemies: A History of the FBI,” about the fanatical zeal with which the agency pursued the civil rights leader and peace activist. FBI Director J. Edgar Hoover saw King as a Communist. He ordered agents to wiretap and spy on his hotel rooms and his private home. Weiner describes how the FBI also pushed newspapers to publish sordid details about King’s relations with women other than his wife just before he won the Nobel Peace Prize.

NERMEEN SHAIKH: Today marks the 44th anniversary of the assassination of Dr. Martin Luther King, Jr. The civil rights leader and peace activist was gunned down April 4th, 1968, at the Lorraine Motel in Memphis, Tennessee. He was just 39 years old. On the night before he was assassinated, Dr. King spoke at the Mason Temple in Memphis.

REV. DR. MARTIN LUTHER KING, JR.: It really doesn’t matter what happens now. I left Atlanta this morning, and as we got started on the plane, there were six of us. The pilot said over the public address system, “We are sorry for the delay, but we have Dr. Martin Luther King on the plane. And to be sure that all of the bags were checked and to be sure that nothing would be wrong on the plane, we had to check out everything carefully, and we’ve had the plane protected and guarded all night.”

And then I got into Memphis. And some began to say the threats or talk about the threats that were out, of what would happen to me from some of our sick white brothers? Well, I don’t know what will happen now. We’ve got some difficult days ahead. But it really doesn’t matter with me now, because I’ve been to the mountaintop. And I don’t mind.

Like anybody, I would like to live a long life. Longevity has its place. But I’m not concerned about that now. I just want to do God’s will. And He’s allowed me to go up to the mountain. And I’ve looked over. And I’ve seen the promised land. I may not get there with you. But I want you to know tonight that we, as a people, will get to the promised land! And so I’m happy tonight. I’m not worried about anything. I’m not fearing any man! Mine eyes have seen the glory of the coming of the Lord!

NERMEEN SHAIKH: Less than 24 hours after Dr. Martin Luther King spoke at the Mason Temple, a sniper shot him while he was standing on the balcony of the Lorraine Motel. The bullet entered through his right cheek, breaking his jaw, neck and several vertebrae as it traveled down, severing the jugular vein and major arteries in the process before lodging in his shoulder. News spread across the world of King’s shooting. During a campaign stop in Indianapolis, presidential candidate Robert F. Kennedy broke the news to a crowd of supporters.

ROBERT F. KENNEDY: I have some very sad news for all of you, and I think sad news for all of the our fellow citizens and people who love peace all over the world. And that is that Martin Luther King was shot and was killed tonight in Memphis, Tennessee.

NERMEEN SHAIKH: Robert F. Kennedy, speaking the night of April 4th, 1968. Kennedy would be, himself, assassinated just two months later. Dr. King had traveled to Memphis to show his support for striking African-American sanitation workers. At the time, his every move was being tracked by the Federal Bureau of Investigation, the FBI. Fearing Dr. King was under the influence of communists, the FBI kept the civil rights leader under constant surveillance. In PBS American Experience‘s Roads to Memphis, journalist Gerald Posner discusses the FBI’s surveillance of Dr. Martin Luther King.

GERALD POSNER: We now know, from the documents released by the FBI, an FBI director, J. Edgar Hoover, who had a pathological hatred of Martin Luther King, so much so that he directed his own agents to break the law repeatedly in going after King and taping King and having illegal surveillance on King.

AMY GOODMAN: The almost fanatical zeal with which the FBI pursued King is now well known. And many other secrets about the history and practices of the FBI are no longer secret. More than 70,000 pages of documents have recently been declassified, and they are the foundation of a new book by journalist Tim Weiner called Enemies: A History of the FBI.

The book exposes how FBI directors, presidents and attorneys general have exercised their powers, both inside and outside the law, in the name of national security. It chronicles various detentions, break-ins, arrests, burglaries, wiretappings at the request of presidents. And Weiner explores how the FBI, since its formation over a century ago, has dealt with terrorists, spies and anyone else deemed subversive.

Tim Weiner joins us now. He’s won the Pulitzer Prize and the National Book Award for his writing on American national security. His previous books include Legacy of Ashes: The History of the CIA and Blank Check: The Pentagon’s Black Budget. As a correspondent for the New York Times, Tim Weiner covered the Central Intelligence Agency and the Pentagon in Washington, D.C. He has reported from Afghanistan, Pakistan, the Sudan and many other nations over the last 15 years, and now has written this new book — he is no longer with the New York Times — Enemies.

TIM WEINER: Ten years before Dr. King was assassinated, back in 1958, Hoover had a spy, who happened to be the foreign secretary of the Communist Party of the United States but was working for Hoover and the FBI, who went to Moscow and reported back that a Communist Party of the Soviet Union was intensely interested in backing the American civil rights movement and that Dr. King’s closest white adviser, a man named Stanley Levison, ghostwriter, counselor, confidant, had been a member of the Communist underground in the 1950s in this country. This drove Hoover mad with rage. And the history of his animus toward Dr. King is not rooted merely in racism, but in anti-communism.

AMY GOODMAN: And talk about what he did. Talk about the level of surveillance that he subjected Dr. King to and harassment.

TIM WEINER: With the approval, in writing, of the attorney general of the United States, Robert F. Kennedy, Hoover began bugging, wiretapping and surveying Dr. King, putting bugs in his hotel rooms, his private home, the Southern Christian Leadership Council offices, and very quickly came up with sex tapes of Dr. King having intercourse with women who were not his wife. He spread this dirt around as furiously as he could in the weeks leading up to Dr. King’s acceptance of the Nobel Peace Prize. No newspaper would touch it. It was too filthy.

AMY GOODMAN: And talk about what he did to King himself, in sending him the tapes.

TIM WEINER: One of his most trusted lieutenants, a guy named Bill Sullivan, nicknamed Crazy Billy for a good reason, was head of FBI intelligence. He put together a composite of these tapes and a poison pen letter to Dr. King, suggesting essentially that he commit suicide rather than be exposed, sent it to his home. His wife opened it. Dr. King knew that he was under this level of surveillance, and he chose to keep on doing what he was doing, crusading for civil rights in this country.

AMY GOODMAN: And he got that. That was sent to his home just before he won the Nobel Peace Prize.

NERMEEN SHAIKH: Did the original FBI report, though, that investigated King find that in fact he wasn’t a threat, and Hoover ignored that?

TIM WEINER: No, not exactly. To understand the mind of J. Edgar Hoover, you have to understand that this man is the father of anti-communism in America, the father of the national surveillance state. Every fingerprint that’s on file, every camera that looks over your shoulder as you’re walking down the street in New York or London, every time you go through an airport and they get your biometric data from your eyeballs, that is the world that J. Edgar Hoover invented. He’s been dead for 40 years now. We live in his shadow every day.

AMY GOODMAN: Talk about the history of the FBI. You also have revelations about J. Edgar Hoover himself in your new book, Enemies.

TIM WEINER: Sure. Well, Hoover ran the FBI for 48 solid years, by himself, from 1924 to 1972. Nothing like it in American history. The FBI itself was founded by President Theodore Roosevelt in 1908, 103 years ago. He wanted to go after three targets: anarchists—an anarchist had murdered President McKinley, making Roosevelt president in 1901; plutocrats, the malefactors of great wealth, as Roosevelt called them; and crooked congressmen. Well, one out of three ain’t bad, I guess, because they went after the left, and they went after them hard, and they never stopped watching them.

Hoover himself joined the Justice Department just as the United States was entering World War I in 1917. Within three years, in 1920, he was running the biggest counterterrorism raids in the history of the United States, arresting thousands upon thousands of people who were pacifists, anarchists, socialists and other enemies of the state. Couple years after that, before he turned 30, he was running the FBI. He stands in the middle of the American century like a great statue encased in grime. But he was not a monster. As the documents that I got for this book, Enemies, reveal, he was a Machiavelli. His power came from presidents, from Franklin D. Roosevelt onward, who gave him the power to bug, to wiretap, to break into people’s homes, to act as, essentially, the American secret police.

NERMEEN SHAIKH: Can I just go back to a point that you made earlier, well, that wasn’t sufficiently clarified, that the original FBI report on King—so, what did it say, that he was in fact a threat, or—

NERMEEN SHAIKH: And therefore, he was a threat.

TIM WEINER: And therefore, he was a potential pawn of the Communist Party.

TIM WEINER: And they never stopped watching him until the day he died.
—–
(*) See this interview on Democracy Now.