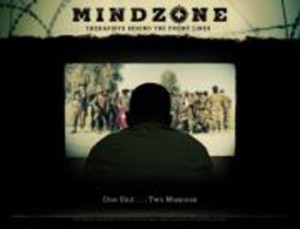 HAVANA TIMES, March 17 — Introduction: In a new film, psychologist and filmmaker Jan Haaken embeds with military therapists in Afghanistan and at their training at Joint Base Lewis-McChord — where the alleged U.S. shooter of Afghan civilians is from.

Lewis-McChord has a controversial record of addressing mental health problems, including high rates of suicides, domestic violence and homicides by soldiers. It was also home to the notorious “kill team,” a group of soldiers who murdered Afghan civilians at random and collected their fingers as trophies.

Haaken’s forthcoming documentary, “Mind Zone: Therapists Behind the Front Lines,” shows the ethical dilemmas faced by therapists in Afghanistan who guide soldiers through the trauma of war. “The military has relied quite extensively on therapists to kind of help hold people together psychologically in war zones,” Haaken says. “But they have to show that they are efficiency multipliers, force multipliers — in other words, that they can help the military get more out of their fatigued assets.”

JUAN GONZALEZ: While the name and motive of the U.S. soldier who allegedly massacred 16 Afghans civilians remains unknown, speculation has grown about his mental condition. The soldier’s home base in Washington state, Joint Base Lewis-McChord, has a controversial record of addressing mental health problems, including high rates of suicides, domestic violence and homicides by soldiers. The base was also home to the notorious “kill team,” a group of soldiers who murdered Afghan civilians at random and collected their fingers as trophies.

The mental health of soldiers and the challenges faced by those who care for them are the subject of a forthcoming documentary called Mind Zone: Therapists Behind the Front Lines. The film shows the ethical dilemmas faced by therapists in Afghanistan who guide soldiers through the trauma of war. This is a clip from the film where two soldiers talk about their mental stress.

U.S. SOLDIER 1: I think soldiers at a giant base like Kandahar Airfield are under a lot of stress, and stress that needs to be treated. It’s like being in prison.

U.S. SOLDIER 1: After nine months, you’re really running on fumes, and you see guys getting more aggressive. No 18-year-old has any business being over here.

AMY GOODMAN: A clip from Mind Zone: Therapists Behind the Front Lines, the film directed by Jan Haaken, who is a psychologist, who followed military therapists through training at Fort Lewis, at Joint Base Lewis-McChord, and then in Afghanistan. She’s joining us now from Portland, Oregon.

Jan, thank you for joining us. Talk about Fort Lewis, what you found there, what the role of psychologists are there and on the front lines in Afghanistan.

JAN HAAKEN: Well, psychologists and psychiatrists have been deployed to war zones since World War I, but the U.S. military has invested very heavily in these combat stress control units since the ’80s and, particularly over the last decades with these repeated long deployments, have really enlisted psychologists and mental health workers in a substantial way in preparing them not only in soldiering—they’re trained as any other soldier—but then they are also trained in a variety of stress management and mental health techniques to treat soldiers in—on the battlefield or in war zones.

And they have these two conflicting missions. One is to prevent psychiatric casualties, and the other is to maintain the fighting forces. And in going through the deployment and the pre-deployment trainings, there was quite a bit of discussion about these conflicting missions. And a key aim behind the documentary, Mind Zone, was to understand how they managed what many people see as ethically conflicted missions, that normally you would, as a clinician, not treat someone in a traumatic situation by putting them right back into that situation. But that is very much what they are expected to do.

Since World War I, therapists—their effectiveness has been evaluated primarily by return-to-duty rates. So the aim is to treat people very—as close as possible to their units, to convey to them the expectation that they will return to duty, that they will be fine, to normalize their reactions, and to send them back. And when you—as we moved into the war zone and saw them moving into their work, replacing a combat stress control unit that had been there for the previous year, I mean, these pressures are palpable. But that is the expectation, that people are patched up pretty quickly and told they’re expected to return to duty and asked if they feel they can do their job.

If you feel you can do your job, even though their—most of the effects of war are manifested in a certain amount of preoccupation with violence, preoccupation with killing, being around weapons a lot, these are—this is a kind of common emotional landscape of war, as we all know.

JAN HAAKEN: But where to draw the line clinically is a difficult—difficult line to draw.

JUAN GONZALEZ: Well, Jan, let’s go to a clip from your documentary, Mind Zone, where one therapist is talking about the ethical conflicts faced by mental health providers in the military, and then you hear two other therapists actually defending their role, saying it’s strategically good for the military mission. Let’s play that now.

THERAPIST 1: One of the unique challenges to being a mental health provider in the military has to do with a question I think probably all of us ask ourself at some point: should I have sent this soldier back to their unit, or should I have worked harder to get them evacuated from that unit? We have these competing missions.

THERAPIST 2: We are there to not take people out of the game, but to keep them in the game.

THERAPIST 3: We’re not here to send your soldiers home. We’re a force multiplier.

JUAN GONZALEZ: That was three different therapists, one talking about the ethical conflicts of military therapists, the other two actually defending the strategic value of their work. Jan Haaken, your response?

JAN HAAKEN: Well, the mental health workers, therapists, clinicians in the military have a big sales job to do, and they always have. And that is that therapists are associated with a kind of feminizing influence, and they have to show that they are really about soldiering and that their presence there, which always has been controversial, all the way back to World War I—therapists are associated with kind of weakening people, undermining the military mission, because part of our training is to protect people from situations that make them disturbed and are destructive—so, to justify their presence. And the military has relied quite extensively on therapists to kind of hold people—help hold people together psychologically in war zones, but they have to show that they are efficiency multipliers, force multipliers—in other words, that they can help the military get more out of their fatigued assets. And the military has done quite a bit over the last few years in resiliency training, integrating psychological techniques into the kind of middle echelon of leadership in the field.

But I think they’ve really oversold the job. I mean, they’ve oversold the capacity of clinicians to control what is a very combustible situation. I mean, even this issue of mild traumatic brain injury, which is a disturbing diagnosis, and one would think if you have had concussions, you would be pulled off the line. But concussions are quite common in war zones. And there’s a continuum of concussions that are more or less severe, and most of them are treated by a few days’ rest and then expected to go back, back to their units. And this is just part of the territory of war. And to think that skilled clinicians can separate the most disturbed from less disturbing effects and always predict who is going to go off the rail at that critical stress point, I think, is putting far more—expecting far more than we realistically can from these combat stress control units.

AMY GOODMAN: We don’t have much time, but Jan Haaken—

JAN HAAKEN: They have an impossible job.

JAN HAAKEN: Well, it’s a huge base, these three Stryker brigades. I think anytime you have a large base with a lot of infantry, you’re going to have problems that soldiers carry back from the field. I only worked with or filmed the 113th Medical Detachment as they were preparing their—doing their pre-deployment training. But I think there is something about this perpetual surprise that we need to attend to, why we’re shocked that domestic violence and other expressions of mental pathology or disturbances are associated with these bases, because some of that goes with the territory.

AMY GOODMAN: Jan Haaken, we want to thank you very much for being with us, psychologist and director of the film, Mind Zone: Therapists Behind the Front Lines. She’s a psychologist but also a filmmaker who embedded with the mental therapists who went to Afghanistan, and she filmed them at Fort Lewis, where the alleged killer comes from, as well.
—–

(*) See the video of this interview on Democracy Now.