HAVANA TIMES – Colombia’s decades-long war against drug trafficking has yielded no results, with cocaine production going up year after year. Under pressure from the United States, President Ivan Duque is adopting a hardline strategy that some say is also likely to fail.

Sitting at a table laid out with chicken, cassava and fried plantains, Colombian farmer Daniel Arevalo recalls how FARC guerrillas called his family and other residents of their rural area to a meeting more than a decade ago.

“They told us, ‘Those who don’t plant coca can pack their bags and leave’,” Arevalo says.

The middle-aged man and his four siblings, who live at about 60 kilometres from the port city of Tumaco in south-western Narino department, say they did not want to join Colombia’s illegal drug trade by growing coca, the plant from which cocaine is made.

But they felt they had no choice, and the high price the guerrillas and criminal gangs were paying for coca gave them economic stability for a decade to come.

Families like the Arevalos occupy the lowest rung in Colombia’s cocaine production hierarchy, but they play a key role. Alongside large-scale operations by drug traffickers, they supply the green leaves that are processed into cocaine and sold on the international black market.

Decades of battling drug cartels and billions of dollars in US aid have done little to curb the trade in the world’s top cocaine-producing country.

According to US government data, the area under coca cultivation in Colombia increased steadily from 2012 to 2017 before dropping slightly to 208,000 hectares last year.

That area yields cocaine worth billions of dollars, and the White House said that turnout remains at “historically high levels.”

More than one-fifth of Colombia’s coca fields are in Narino, the biggest producer among the country’s 32 departments.

Much of Colombia’s cocaine is smuggled to the United States, where overdose deaths involving the drug rose by nearly 160 per cent between 2014 and 2017. The number of cocaine users, meanwhile, increased by 40 per cent to 2.2 million.

US President Donald Trump has stepped up pressure on Colombia to halt the trade, and Bogota is trying to obtain rapid results with harsh methods that, according to Narino officials, are almost certain to fail.

Farmers in Narino annually earn between 15 and 25 million pesos (4,720 to 7,860 dollars) from one hectare of coca – at least two-thirds more than from a food crop such as plantain.

The new strategy included subsidies for peasants replacing coca with other crops – an approach that had proven insufficient – and rural development plans to help lift them out of poverty.

Welcoming “the opportunity,” the Arevalos uprooted their coca bushes in 2017 and made plans to modernize their sugar cane mill, which is powered by a horse and uses a cauldron showing cracks.

“They deceived us,” Daniel Arevalo says.

Such problems are partly due to red tape, but critics also attribute them to Duque’s perceived negligence of voluntary substitution programs in favor of the use of force.

Duque has sent soldiers to forcefully uproot tens of thousands of hectares of coca plants – a policy that earned him praise from Washington.

But past experience shows that farmers who are targeted without their consent often replant coca, Narino Governor Camilo Romero told dpa.

More than 40,000 Narino families that want to stop growing coca have received no funding at all, Romero said. “The likelihood with … the current government is that there will be no substitution,” he added.

The government denies the allegation.

In another hardline move, the government is seeking permission from the National Drug Council to aerially spray coca fields with glyphosate to eradicate them.

The Constitutional Court has upheld strict conditions for using the weedkiller, classified as “probably carcinogenic” by the WHO in 2015.

About 3.8 million liters of glyphosate were sprayed in Narino between 2005 and 2014, but the area under coca cultivation increased by 4,000 hectares during that time, Romero said.

Harold Ruiz, an expert with the Narino regional government, sees Colombia’s anti-drug policy as “a total failure” and the eventual legalization of cocaine as possibly the only way out.

Meanwhile, there are few signs of the planned rural development taking place in Narino, where residents complain about bad roads, drinking water shortages and poor educational and health services.

Worse, armed groups are threatening and even killing people who advocate crop substitution. Some officials and farmers said they had bodyguards.

“Some people are saying that … they may plant coca again,” said Yesenia Montano, a community leader in the village of Chilvicito.

With the possibilities of crop substitution appearing to flounder, many farmers feel the benefits of coca outweigh the risks. 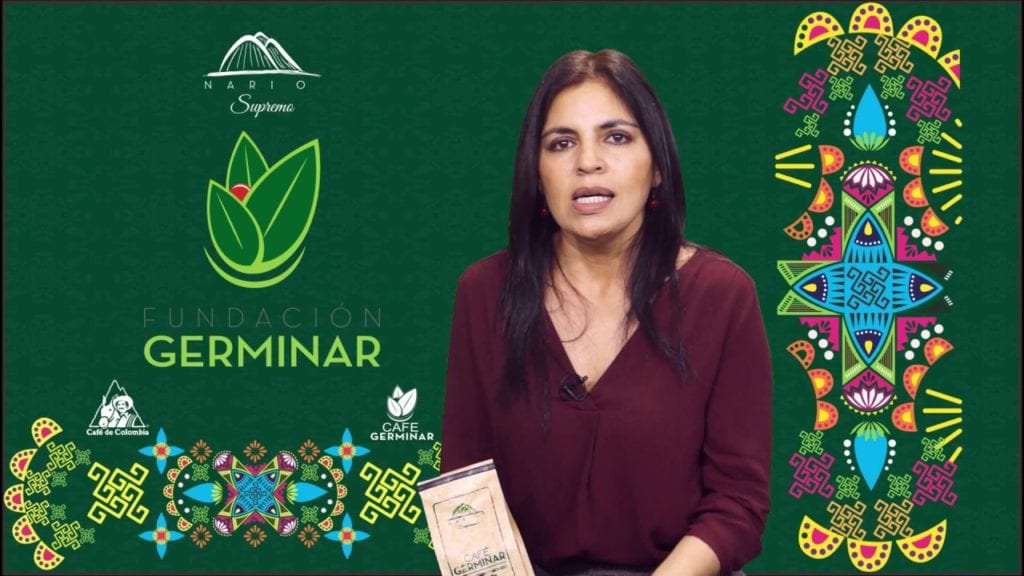 HAVANA TIMES – At the headquarters of Foundation Germinar in south-western Colombia, sacks of coffee are neatly piled up in one of the rooms, waiting to be exported overseas, reports dpa.

In the kitchen, where visitors are served coffee in plastic cups, co-director Braulio Salcedo talks about how growing coffee can help to end Colombia’s armed conflict

The conflict of more than half a century has been largely financed with income from cocaine, a drug made from the coca plant, which farmers sell to drug traffickers for much higher prices than they would earn from food crops.

The guerrilla movement FARC, which was heavily involved in the cocaine trade, signed a peace deal with the government in 2016. But dissidents from FARC, the smaller rebel group National Liberation Army (ELN) and drug cartels still traffic in cocaine.

The non-governmental organization is based in San Juan de Pasto, capital of the department of Narino, which has more than one-fifth of Colombia’s coca fields.

Founded in 2008, Germinar now groups 840 farmers, nearly half of whom previously grew coca. The NGO helps them find markets and better prices for their coffee, about 700 kilograms of which are exported annually to Germany, the Netherlands, Ireland, Spain and the United States.

But substituting coca with a food crop is a challenge in Colombia.

Coca yields five harvests a year and is often picked up by drug traffickers where it is grown, but coffee farmers only get two harvests and may need to transport their produce on bumpy dirt roads.

Coca farmers in Narino can earn up to 25 million pesos (7,860 dollars) annually from one hectare of the plant. But coffee prices are now so low that farmers are operating at a loss, Salcedo said.

There is a risk that “about 90 per cent of the [Germinar] farmers could start growing coca again,” he added.

While the prices of most food crops are too low to compete with coca, Carlos Ampudia has found an exception to the rule.

“Black pepper has changed our lives,” the farmer says while showing the light green bushes on his property near the port city of Tumaco.

The farm’s previous owners grew coca on the land. But Ampudia now sells the pepper for 8,000 pesos per kilogram – four times the price of a kilo of coca leaf.

“We need to offer young people opportunities so they don’t join armed groups,” the 64-year-old says.

But even when they have successfully switched from coca to other crops, community leaders like Ampudia criticize its cultivation at a risk to their lives.

Parts of Narino are swarming with armed groups which pressure farmers to grow coca. More than 20 community leaders – some of whom advocated crop substitution – have been killed in the department since last year, according to figures quoted by broadcaster RCN.

Salcedo says some coffee farmers have received threats, while Ampudia was shot in 2001 and lost his right eye.

“I don’t move around much, and I don’t leave the farm for Tumaco without a bodyguard,” he says.