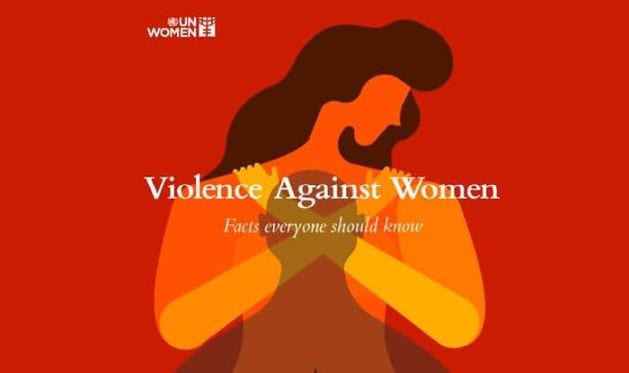 HAVANA TIMES – Every year, over 12,000 women are killed in Latin America. The region is plagued by extremely high levels of violence, and a vacuum of state power persists. Public face of this violence is caused by paramilitary, guerrilla, gangs and armed groups.

But there is an interrelated side of domestic violence that plays out in the private domain. The relationship between these two are yet to be understood, as is the potential of the Women, Peace and Security agenda (WPS) as a fundamental ingredient to sustainable peace and a life free from violence and fear.

The WPS agenda is a United Nations invention. Amid the increasing recognition of women’s and girls’ rights since the creation of the organization in 1945, it was only in the year 2000 that the organization recognized that conflicts affect women and girls, men and boys differently.

Notwithstanding the considerable expansion of engagement with the agenda globally, there is a persistent gap in Latin America. The engagement of local women’s organizations has been limited, while governments are yet to fully grasp the central importance of the agenda in terms of promoting sustainable peace.

Only six countries in the region launched National Action Plans (NAP) to implement the agenda, and with the exception of El Salvador and Guatemala, Argentina, Brazil, Chile and Paraguay mostly focus on their missions carried out abroad.

[pullquote]Women are systematically excluded from conversations concerning peace and security in the region, rarely included in peace negotiations and are the minority in police and military forces.[/pullquote]Ultimately, the gruesome reality of local women living in areas dominated by organized crime, or those that have joined these groups is yet to be understood or recognized by local governments.

There is little evidence on how women’s lives are affected by the extremely high levels of violence that plagues the region. Not only data is limited, only few policies dedicated to addressing violence against women are evidence based.

To make matters worse, there is a normative gap when it comes to addressing these challenges. While NAPs do not recognize these challenges, national legislation focuses on domestic forms of violence. The interplay between private and public violence as well as the direct and indirect effects of organized violence on women in the region are mostly ignored.

To illustrate, 38% of the world’s homicides occur within the region, which makes up only 8% of the global population. 43 of the 50 most violent cities in the world are located in Latin America.

Urban violence has particularly impacted women, who are not only targeted by organized groups, but also at home, where gender-based violence has spiked. According to the Economic Commission for Latin America and Caribbean (ECLAC), 40% of women in the region have been victims of physical violence and another 60% suffered emotional violence at some point in their lives.

Women also consist the primary victims of human trafficking and are often caught up in the crossfire of armed groups, when they are not directly target due to their relationship to members of different groups or gangs.

Violence affects their ability to access formal education, achieve economic independence and even political participation. It also bears the brunt of indirect forms of violence that are rarely recognized, including caring for the injured, emotional trauma among many others.

In Brazil, literally thousands of mothers have lost their sons in marginalized communities, where they are murdered on a daily basis.

Throughout the Americas, women have also joined armed groups and organized crime, serving in various types of roles from combat to support. This is particularly apparent in Colombia, where women made up 44% of the fighting force for Revolutionary Armed Forces of Colombia-People’s Army (FARC-EP).

However, even when women take part in these groups, they are often in less powerful and more vulnerable positions. The increased incarceration of women in the region is strong evidence of that. And what is worst, organized crime is born within prison, and that is where we are putting them.

Women are systematically excluded from conversations concerning peace and security in the region, rarely included in peace negotiations and are the minority in police and military forces. The WPS agenda has an enormous potential do recognize and address some of these issues.

However, countries in the region must recognize their high levels of violence and implement NAPs that are adequate to the reality of women living within boundaries. In times where political turbulence may disrupt the women’s rights agenda in many parts of the world, it is increasingly important to build evidence to inform policies and strengthen civil society groups who are in a unique position to remind governments of their commitments to women’s rights and their physical integrity.

One thought on “Promoting Women’s Safety in Latin America”