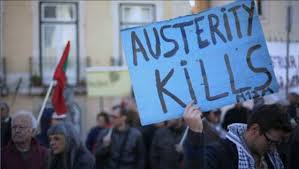 HAVANA TIMES – Greek Prime Minister Alexis Tsipras is facing protests from members of his own Syriza party after accepting harsh austerity measures in exchange for a new international bailout. In order for the deal to move forward, the Greek Parliament must accept pension cuts and other reforms by Wednesday, 10 days after voters rejected similar reforms in a referendum.

On Monday, Greek Defense Minister Panos Kammenos accused Germany of staging a coup. We speak to Michalis Spourdalakis, professor of political science at Athens University and a founding member of Syriza.