A Debate on Role of Russia, United States in Regional Crisis 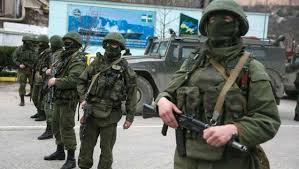 HAVANA TIMES – Russia is vowing to keep its troops in the Ukrainian region of Crimea in what has become Moscow’s biggest confrontation with the West since the Cold War. Ukraine’s new prime minister, Arseniy Yatsenyuk, said Russian President Vladimir Putin had effectively declared war on his country. Concern is growing that more of eastern Ukraine could soon fall to the Russians.

Earlier today, Russian troops seized a Ukraine coast guard base in the Crimean city of Balaklava. On Sunday, the new head of Ukraine’s navy defected to Russia.

To talk more about the crisis in Ukraine, we speak to Yale University history professor Timothy Snyder. His latest article for The New York Review of Books is “Ukraine: The Haze of Propaganda.” We also speak to retired CIA analyst Ray McGovern. He focused on Russian foreign policy for the first decade of his 27-year career with the agency. He recently wrote an article titled “Ukraine: One ‘Regime Change’ Too Many?”