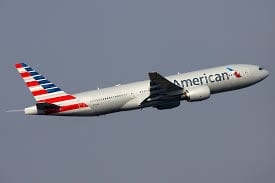 HAVANA TIMES – American Airlines has suspended flights between the cities of Managua and Miami for security reasons due to the serious crisis that is shaking Nicaragua, the company said in a statement today, reported dpa news.

The airlines posted a travel alert on its website and also sent the notice to passengers traveling to Miami on Sunday and today, who were relocated on other flights.

According to the notice, American canceled flight AA993 that was to arrive to Managua last night from Miami, and the flight AA994 foreseen to take off today in the morning from the Nicaraguan capital to the Florida city.

AA informed passengers that both flights will resume as of June 19. “All passengers are being relocated and protected on the following flights,” he said. However that actually happening will obviously depend on the situation on the ground in Managua.

The Nicaraguan capital dawned on Monday virtually besieged by a joint operation of heavily armed police and government paramilitaries who attacked protesters who had installed cobblestone barricades in the eastern neighborhoods of the city. The scenes broadcast on social media resembled urban warfare.

Government operations continue in at least five neighborhoods in Managua by plain clothed gunmen operating in conjunction with the police, residents of those places said.

Meanwhile, paramilitaries detained journalists Jorge Cabrera, of the British news agency Reuters, and Arnaldo Arita, of Reuters and the US network CNN, stealing their cameras, while covering events in the San José Oriental neighborhood, on the east side of Managua. The theft was registered in a video recorded by the newspaper “El Nuevo Diario”.