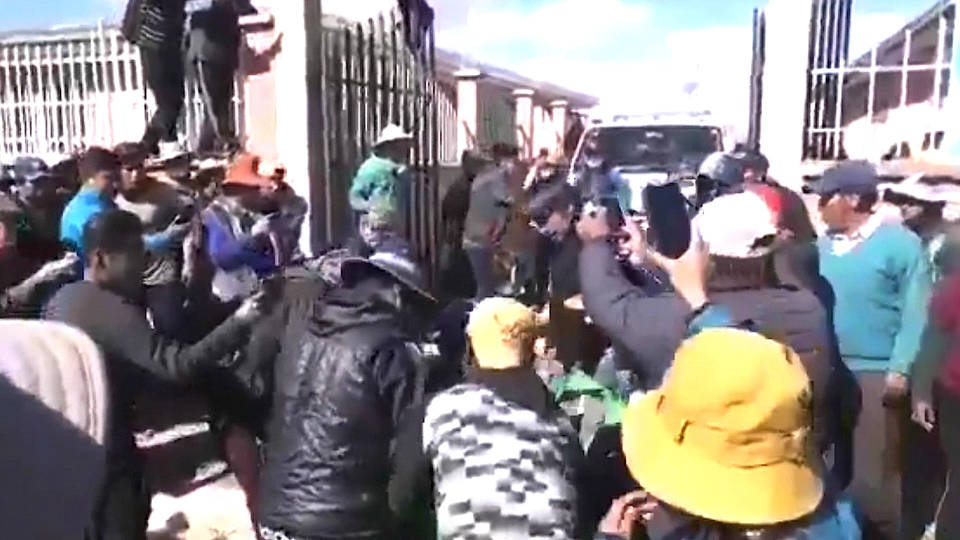 By Democracy Now
HAVANA TIMES – In Bolivia, police and military forces killed at least five pro-Morales protesters and injured dozens more Tuesday, in at least the second massacre against Evo Morales’ supporters since the longtime Bolivian president was ousted in what he calls a military coup. Tuesday’s massacre occurred in the town of El Alto, near the capital of La Paz, where protesters had been blocking a major fuel plant for days.
Police and military forces deployed helicopters and armored vehicles to the protest site. Witnesses say a military unit then opened fire on protesters, killing at least five young men. This is one of the victims’ relatives.

Shortly before his ouster, Bolivian President Evo Morales said he planned to cancel the agreement with Germany. But the right-wing government of self-declared President Jeanine Áñez now says the mining deal will move forward. Bolivia’s Potosí region is home to over 50% of the world’s lithium reserves.