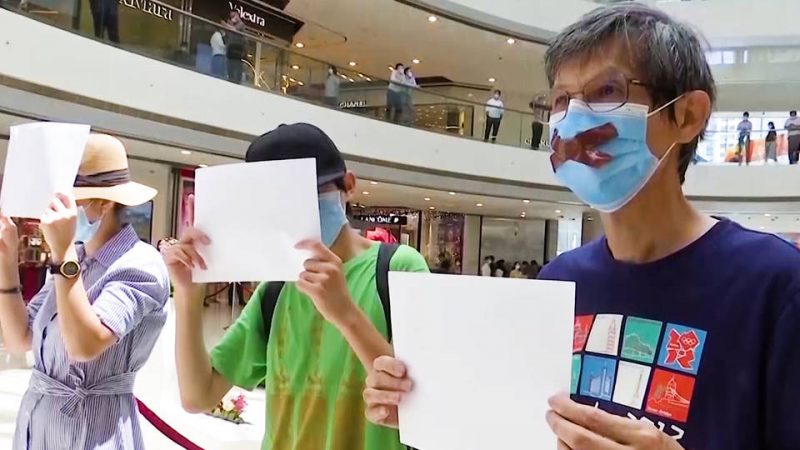 HAVANA TIMES – China continues its crackdown on Hong Kong, days after it enacted its National Security Law last Tuesday. Books from pro-democracy activists have been removed from Hong Kong libraries so that they can be reviewed for possible violations of the law, which criminalizes what it calls acts of “secession, subversion, terrorism and collusion with foreign forces.”

On Friday, a 23-year-old man became the first person to be charged under the new law after he rode a motorcycle into police, while carrying a sign that read “Liberate Hong Kong, revolution of our times” — a slogan which is now banned. At a protest Monday, Hong Kong residents held up blank pieces of paper to protest the legislation and censorship.

Mr. Leung: “These slogans will always be in my heart, and those words will always stay on white paper, which will never disappear. They can silence us, create white terror and let us censor ourselves, but our heart will never die.”

Prominent Hong Kong pro-democracy figure and former lawmaker Nathan Law said he fled Hong Kong to an undisclosed location following the signing of the law. Nathan Law testified before U.S. House members last week and told supporters he would continue the struggle from outside Hong Kong.