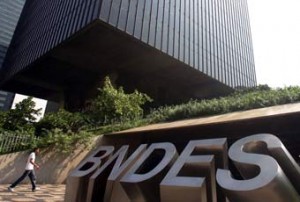 HAVANA TIMES — The National Bank for Economic and Social Development of Brazil (BNDES) has put an end to the secrecy surrounding its contracts and divulged classified information about loans advanced to Cuba, including a more than US $680 million investment destined to the Mariel Port mega-project.

The financing destined to construction in Cuba, offered by the Compañía de Obras e Infrastructura (“Construction and Infrastructure Company”) – a subsidiary of the construction giant Odebrecht – is of US $832 million. Of that total, $682 million were used to finance construction work at the Mariel Port, whose total cost was over $900 million.

The Brazilian financial entity made five yearly disbursements (from 2009 to 2013) to finance each of the stages of the expansion and modernization of the port, located in the province of Artemisa, as well as its access infrastructure. A term of 300 months was established for the repayment of each of the loans, which carry yearly interests between 4.44 and 6.91 %.

In this type of bank loan, the Brazilian company abroad also handles the financing, but the final client is responsible for settling it.

In addition to the sums secured for the Mariel Port, Cuba also received a $150 million loan from Brazil to expand and modernize Havana’s Jose Marti International Airport, expand the Santa Clara airport and purchase equipment for the Holguin, Cayo Coco and Cayo Largo terminals. This loan, signed on August 2014, has a 180-month settlement term and a yearly interest of 7%. The construction work will also be carried out by Odebrecht.

The BNDES also opened up its wallet to TPRO Engenharia y Pharmaster do Brasil, for the construction of a parenteral solutions and hemodialysis manufacturing plant in Cuba. The $14.8 million dollar loan has a 120-month repayment term and a yearly interest of 4.69%.

Brazil’s financing of construction projects in Cuba has been prompting criticisms since January of 2014, when President Dilma Rousseff attended the inauguration of the Cuban port (built using Brazil’s public funds) as a special guest. Since then, the government has defended the financial operations as advantageous, but had till now been reluctant to reveal the details of the transaction.

Pressure from the Opposition

Pressured by the opposition, seeking to secure consensus for the assembly of a parliamentary commission that is to investigate the operations of the bank and following an unprecedented decision by the Supreme Court that put an end to the secrecy surrounding another controversial loan made by the entity, the bank decided to pull the curtains and divulge the details of the contracts it began to sign as of 2007, through the BNDES Transparente at the bank’s web-page.

The decision was announced by Minister for Development, Industry and Foreign Trade Anmando Monteiro and by Luciano Coutinho, president of BNDES. According to Coutinho, the hitherto secret information will be published gradually. The bank president mentioned that the bank’s international loans portfolio is of US $11.9 billion.

Though the financial advantages of these transactions can only be adequately gaged through more complex calculations and on the basis of information that has not yet been revealed by the banking institution, according to economist Sergio Lazzarini, professor at the Insper Higher Institute and BNDES analyst, the long-term interest rates negotiated with Cuba, with guarantees from the Brazilian government itself, are very favorable conditions and treat the country is “risk-free.”

“Cuba has one of the highest credit risks in the world and it was granted extremely favorable conditions,” Lazzarini said during an interview for the newspaper O Estado de Sao Paulo. According to the expert, a study conducted by the University of New York calculated that any financing offered Cuba should carry interests between 11.5 and 12.5 %.

According to Samuel Pessoa, researcher for the prestigious Brazilian Economy Institute of the Getulio Vargas Foundations (IBRE/FGV), BNDES operations in Cuba do not follow standard market practice and entail an enormous, implicit subsidy.

“The question that should be asked is whether the investment is worth it and what returns Brazilian society will see. The decision to subsidize projects such as the Mariel Port is a political decision made by the Brazilian government, I do not believe it was a financial decision by BNDES,” Pessoa affirmed.

The political use of State funds and the favoring of allied countries during the administration of former Brazilian President Lula da Silva and current President Rousseff, to the detriment of national investments, is the main practice questioned by the opposition.