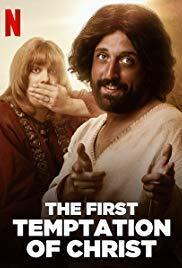 HAVANA TIMES – The headquarters of Brazilian producer Porta dos Fundos, in Rio de Janeiro, was attacked on Christmas Eve with Molotov cocktails after a movie was released on Netflix in which Jesus Christ is ‘gay’, Europa Press reported.

“On the early morning of December 24, the headquarters of Porta dos Fundos was the victim of an attack. The perpetrators launched Molotov cocktails against our building,” reported the film company.

The security guards managed to quickly control the fire, so there were no injuries, “although innocent lives were endangered at the film company and on the street.”

Porta dos Fundos has delivered the videos recorded by the security cameras to the Brazilian authorities “so that those responsible are located and punished.”

“We will move on, more united, stronger, more inspired and confident that the country will survive this storm of hate and that love will prevail along with freedom of expression,” said the filmmakers.

The origin of the controversy is ‘The first temptation of Christ’, a 46-minute comedy in which a homosexual Jesus takes his boyfriend to meet his family. Nearly two million people signed a petition for Netflix to remove the film from its special Christmas grill.