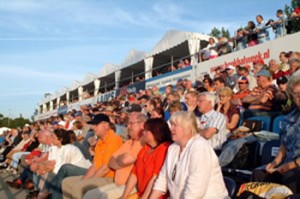 HAVANA TIMES — The Cuban national baseball team will debut today against Puerto Rico at the beginning of the 26th edition of “Baseball Week” in Haarlem, the Netherlands, which will run until July 22 at the Pim Mulier Park, reported the Prensa Latina news agency.

Right-handed pitcher Yadier Pedroso will throw in this first challenge, while his counterpart will be the Puerto Rican southpaw Luis Cintron, who we faced in September 2011 in Cuba.

The contest will be realized through a system of everyone against each other in one single round, with the four teams making it into the semifinals to then face each other.

Holland (the champion in the last World Cup in 2011) and the US will be the main opponents for the island’s team, which hasn’t walked off with the tournament scepter since 1998.

The game is starts at 2:30 p.m. Cuba time (EDT) and can be seen live at: http://www.honkbalweek.nl/index.php?hhw=service_livestream&id=live1 although the narration is in Dutch.