HAVANA TIMES — Cuban and US aviation authorities have reached an agreement about deploying US security agents on regular flights between the two countries, which clears up one of Washington’s demands for reestablishing commercial routes to Cuba as of September.

The Civil Aviation Institute of Cuba (IACC) and the Transportation Security Administration (TSA) have come to an agreement about chartered flights, according to an article published on the government website Cubadebate.

The decision came after the TSA asked for this guarantee during bilateral meetings and inspections of Cuban airports to give the thumbs up on US airlines making direct flights to the island.

In February, the US Department of Transportation approved scheduled service of 110 daily flights to 10 Cuban cities, 20 of which are to Havana, in cooperation with eight US airlines.  It’s estimated that the first of these flights will begin in early September.

Congress in a stir

However, after the process of normalizing direct flights had begun and a congressional hearing was held about the subject in Congress, last May, doubts and critiques about the security of these flights came to light. This month, a group of congress people from the House of Representatives Security Committee, who were denied visas by the Cuban government, presented a legislative project to put direct flights on standby until airport security measures in Cuba are assured, among them being the presence of US security personnel on these flights. 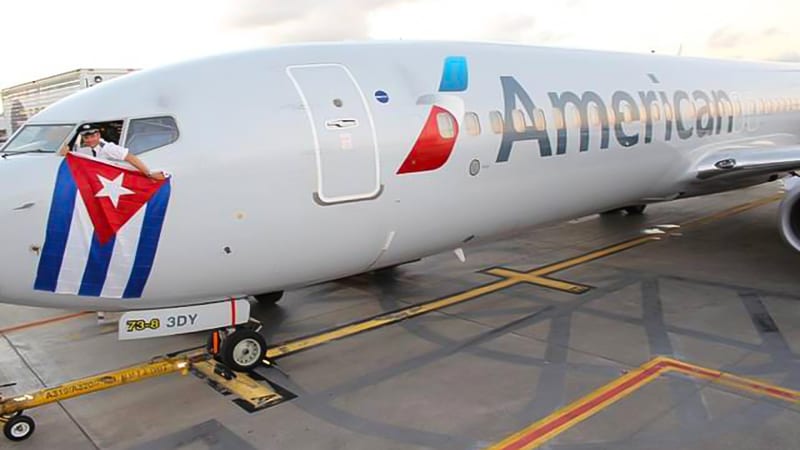 The commotion caused by these congress persons, who were against approving direct flights to Cuba without certain security guarantees, and the questioning opinions of former employees about the capacity Cuban airports to have security controls and technical equipment, motivated the Cuban Civil Aviation Institute’s Department of Aviation Security to respond.

Josefina Vidal, the leader of negotiations with the US, suggested a recent interview given by Armando Garbalosa, Head of the Department of Aviation Security, as “a good dismantling” of the accusations thrown about in the US Congress.

In Garbalosa’s own words, Cuban airports and security controls are safe and “there’s nothing to be afraid of.”

According to Garbalosa, contact between the IACC and US aviation security authorities began in 2000 with regular visits, which have been made every year since 2003.

It seems that the agreement will be put into effect for the chartered flights that currently connect many US cities to Cuba and will then cover regular commercial flights made by airlines approved by the US Department of Transportation.

Cuban authorities have stated that, in 2015, there were a total of 4,783 chartered flights, while during the first semester of this year alone, 3452 flights have already been registered, with no incidents reported where airport security was compromised.