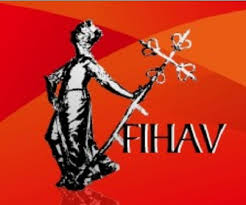 HAVANA TIMES — Cuba’s official newspaper Granma has announced that the island’s government will be publicizing 246 investment projects in order to attract foreign capital, for a total value of nearly US $ 9 billion, DPA reported.

On Friday, the Cuban government’s Council of Ministers approved an Investment Opportunities Portfolio that will be presented to foreign investors during the upcoming Havana International Fair (FIHAV), to be held from November 2 to 8.

The portfolio approved by the government contains investment projects for a total of US $ 8.71 billion (some 6.8 billion euros) and “encompasses decisive sectors such as agricultural food products, construction, the pharmaceutical and biotechnological industries, renewable energy and others,” Granma outlined.

“The projects encompass all of the country’s provinces,” the daily quoted Vice-President Marino Murillo, head of the island’s economic reform commission.

According to information recently divulged by the organizers, the FIHAV, considered one of the Caribbean’s largest commercial fairs, will welcome some four thousand participants from 60 different countries. Representatives of European countries like Spain and France will participate at the fair this year.

At the close of March, the Raul Castro government approved a new foreign investment law aimed at refloating the island’s economy, as part of the market reforms impelled over the past five years.

The law replaced a legislation that had been in effect since 1995 and which had opened a handful of sectors, particularly tourism, to foreign investment. The new legislation liberalizes a number of other areas but maintains a number of restrictions for foreign investors, such as the inability to directly hire local personnel.

According to Murillo’s statements in March, the island aspires to draw in anywhere from US $ 2 to 2.5 billion a year with the new foreign investment law.