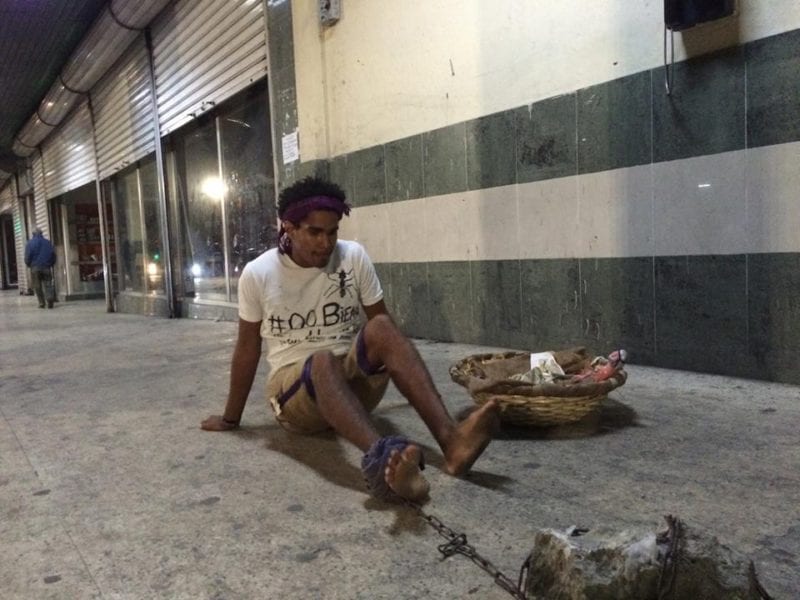 HAVANA TIMES – The whereabouts of Cuban artist Luis Manuel Otero, reported as disappeared last night while on a long pilgrimage to the San Lazaro Sanctuary, is now known.

Luis Manuel is being held without charges at the Aguilera police station in Lawton, Yanelys Nuñez Leyva told Havana Times.

“The friend who was with Luis last night when a patrol stopped them was released today in the morning and it was he who told me about his whereabouts. I just talked with the officer at the station desk and he told me that Luis is there because of ‘operational interest’.  He said Luis hasn’t been charged with anything but couldn’t say when he would be released.”

The appeal that Otero tries to take to the San Lazaro sanctuary asks the following:

Oh! Saint Lazarus
You who are stronger than all presidents
and the forces of this world
I ask you to help me with your divine power,
in this situation that afflicts the Cuban people
and me as one of them,
in this moment of despair
and that men cannot solve.
I summon you and I ask you miraculous saint
that you eliminate all miseries for Cubans;
that neither death and violence
be the path of transition;
I ask you for genuine democracy
where legality protects us. 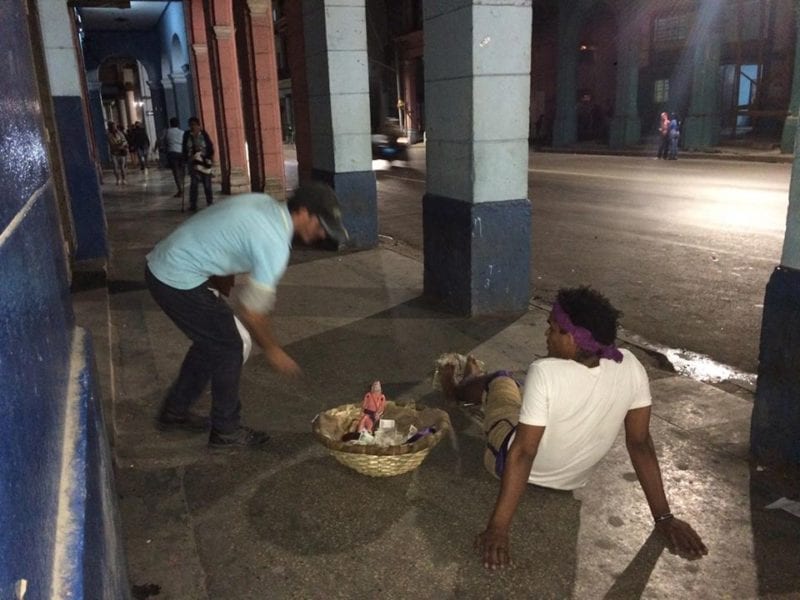 Saint Lazarus you have my supplications
I ask you to remove the blockade,
Prosperity
Freedom of expression
Freedom for political prisoners
Free access to the Internet
Cessation of race, gender and creed discrimination;
no more repression!

OH! Babalú
You who always lived abandoned of everything,
sick and hungry, nobody would help you,
and you always had a good heart
and you knew how to put your trust in God
Intercede today for us.
Make my generation regain faith.