HAVANA TIMES — Cuban authorities have finally began to crawl and take their first steps in the face of a discouraging landscape which is on the horizon with an island full of elderly people given the country’s low birth rates and the rise of walking sticks, walkers and wheelchairs on every street corner.

With the country hovering around zero population growth for several years, four new policies have been introduced so as to encourage an increase in offspring. The question is will they be enough to make a dent in the problem?

Whether or not those who rule us want to admit it, we have to recognize the fact that we are losing our youth, in view of the mass exodus to other countries. And on the other hand, we aren’t able to give those who stay a roof over their heads and enough wages to face some of the necessary material factors of settling down and starting a family.

It’s hard to procreate when many couples are living a nomadic lifestyle: sometimes at the home of one of their in-laws and the rest of the time at the other in-laws. In summary: there aren’t any incentives for people to go down the family-making route.

It’s really good that they are beginning to take into account the magnitude of this tragedy and to prioritize benefits to mothers who have few resources and have three or more children aged 12 or under to repair or extend their home. 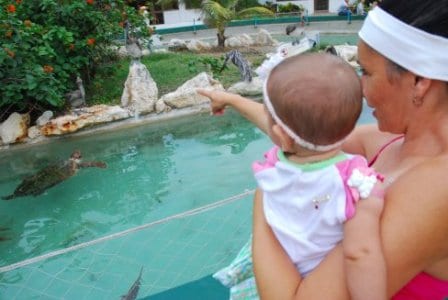 One of the other measures outlines the possibility for women to go back to work before their year of maternity leave ends and to receive both financial benefits.

Grandparents, who traditionally take care of the grandchildren a lot of the time, will also receive financial benefits for their work as custodians and raising them.

Women will receive a 50% discount at day care centers and starting with the third child will not have to pay.

Having two or more children under 17 will benefit mothers who will now receive a 50% reduction in their personal income taxes [which workers who earn over 25 USD a month must now pay].

It’s a good start although many young people will see it as too little and a little late. And most importantly, authorities need to urgently create an organized framework of actions beyond these first steps if they truly want to reverse the trend.