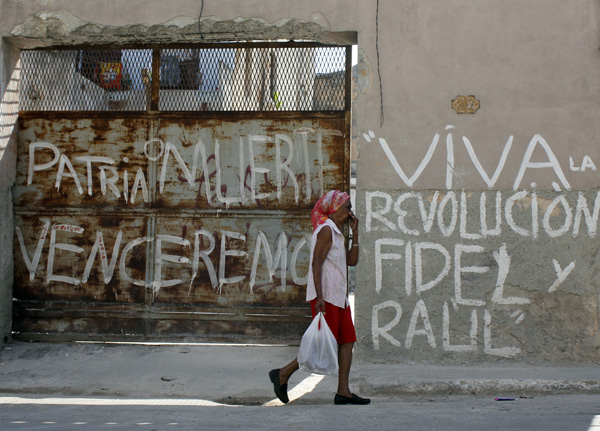 HAVANA TIMES, April 15 — A huge military parade takes place in Havana on Saturday to commemorate the 50th anniversary of the defeat of the 1961 Bay of Pigs invasion.

The event takes on special significance because it is also the inauguration of the long awaited 6th Congress of the Communist Party of Cuba (April 16-19) that will approve numerous reforms in the country’s economic system.

HT contributing photographer Jorge Luis Baños gives us a look at the publicity campaign encouraging Cubans to participate in the parade, the biggest since the one five years ago, which was another 50th anniversary –, that of the 1956 landing of the Granma boat that transported the initial guerilla force onto the island.