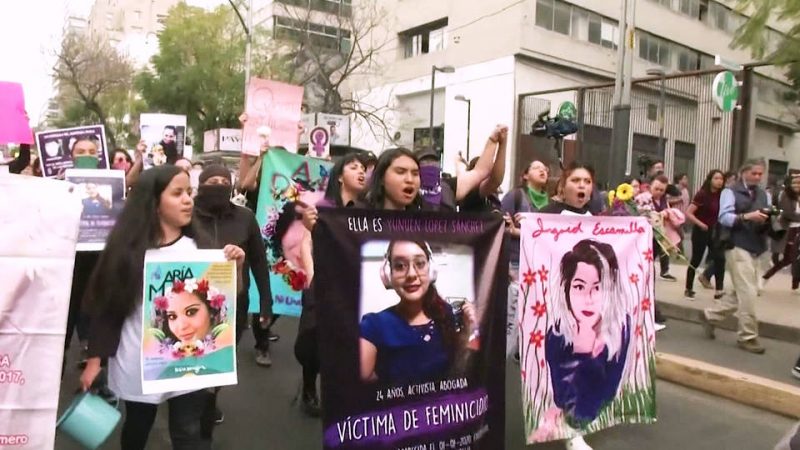 HAVANA TIMES – In Mexico City, Valentine’s Day protests called out the Mexican government and media for its inaction, and in some cases its complicity, in the high rates of femicide. The Friday protests were sparked by the publication of graphic images of the murdered 25-year-old Ingrid Escamilla’s mutilated body in a tabloid, accompanied by the headline “It was cupid’s fault.” Escamilla was murdered by her boyfriend. This is Lilia Florencio Guerrero, whose daughter Diana Velázquez Florencio was raped and killed in 2017.

Lilia Florencio Guerrero: “It fills us with rage and anger how President López Obrador makes his statements about material things and how an airplane raffle is more important to him than the 10 women who are murdered every day in this country. So, yes, it fills us with rage and anger. And that’s why we’re here, because they’re murdering us, and this government and the last one are not interested in us.”