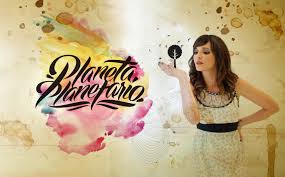 HAVANA TIMES — Cuban singer Diana Fuentes began her first national concert tour over the weekend with a performance in the city of Cardenas, Matanzas, the first in a series to promote his new album “Planet Planetarium“.

The tour is called “From east to west”, which will take her to cities such as Santa Clara, Trinidad, Cienfuegos, Pinar del Rio and Havana.

On “Planet Planetarium” the young artist felt that 2015 will be her take-off year, as last year she was busy with maternity and other art projects, limiting the disc’s promotion. Nonetheless she did present it in several countries.

The Sony label has internationalized the work of Fuentes, who would like to continue her collaborations with other artists, a trend that has had her join the jazz stars like Aldo Lopez-Gavilan and singer/songwriter Carlos Varela.