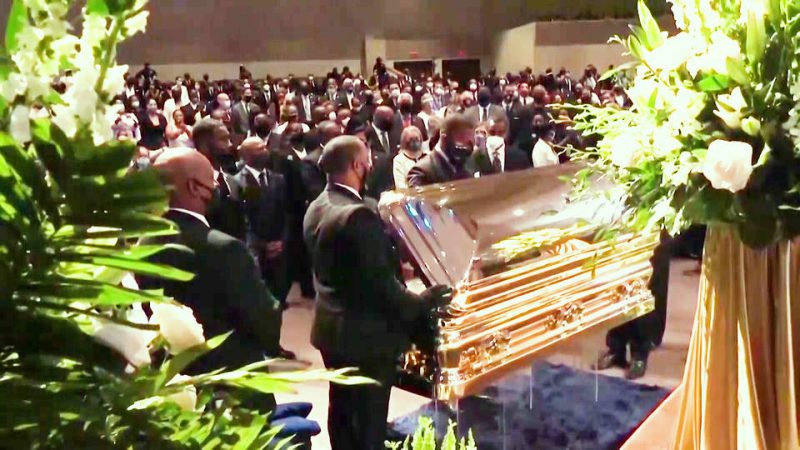 HAVANA TIMES – After weeks of protests over the death of George Floyd, who died after a Minneapolis police officer killed him by kneeling on his neck for nearly nine minutes, family and friends gathered in Houston Tuesday for a private funeral, to lay George Floyd to rest, and to call for change. This is Brooke Williams, George Floyd’s niece, speaking at the funeral.

Brooke Williams: “These laws need to be changed. No more hate crimes, please! Someone said, ‘Make America great again.’ But when has America ever been great? Those four officers were literally on him for nine minutes, and none of them showed they have a heart or soul. This is not just murder, but a hate crime. I share happy memories with my uncle. And that’s all I have, are memories.”

After the funeral, George Floyd’s golden coffin was driven to a cemetery to be buried beside his mother. Thousands lined the streets as his motorcade passed. After headlines, we’ll air excerpts from George Floyd’s funeral service, including remarks by his brother Philonise, who’s testifying today before the House Judiciary Committee.

2 thoughts on “George Floyd Laid to Rest, Two Weeks After Killing by Police”

Maria Creuza – Song of the Day