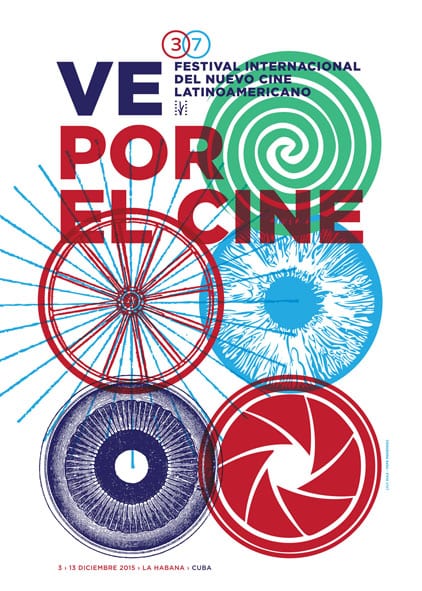 HAVANA TIMES — On December 3, 1979, a new trail began to be blazed across the landscape of regional film festivals. The Havana Film Festival was born, with the aim of divulging and strengthening Latin American and Caribbean identity.

Over the years, the festival has grown, not only in terms of the number of films screened but also as regards venues and participating countries.

Next month, from December 3 to 13, the public will once again stampede to the country’s movie theaters. The 37th Havana Film Festival will be an opportunity to get one’s bearings with respect to the most recent in film production in Latin America and cast a glance at film productions from other parts of the globe.

During a press conference held last Tuesday, the president of the Cuban Film Art and Industry Institute (ICAIC), replying to questions regarding the autonomy of the festival, pointed out that the event is organized exclusively by this institution.

According to Roberto Smith, it is highly gratifying to screen Cuban films but privileging the host country might lead to a sense of imbalance in a gathering that seeks to be international. It was difficult to strike this balance this year, as nine Cuban features are to premiere at the festival.

The head of ICAIC stated that some of these films expose us to what ought to be the future of Cuban cinema: a creative alliance between independent filmmakers and the institution. He explained that efforts are being devoted to creating mechanisms that will allow for cooperation between ICAIC and independent producers.

Alejandro Gil’s La emboscada (“The Ambush”), which premiered months ago, will be screened in the festival’s non-competitive section.

In response to a question posed by Cuban film critic Joel del Rio, the president of ICAIC explained that El rey de la Habana (“The King of Havana”), a film based on Pedro Juan Gutierrez’ novel of the same name, was not submitted to the festival within the established term. According to Smith, the criticisms levelled at ICAIC were premature, as the institution cannot censor a film that isn’t submitted for consideration.

Movie theaters with proper air conditioning, quality projectors and overall comfort have been decreasing in numbers in the Cuban capital. With its scant resources, ICAIC tries to keep the major cinemas afloat. The country’s economic situation makes it impossible to refurbish the neighborhood cinemas that many people in Havana recall with nostalgia.

At any rate, the festival is also an opportunity to benefit from the generosity of others, as there’s always a chance it will lead to the donation or purchase of a piece of equipment that is essential to the magic of cinema.