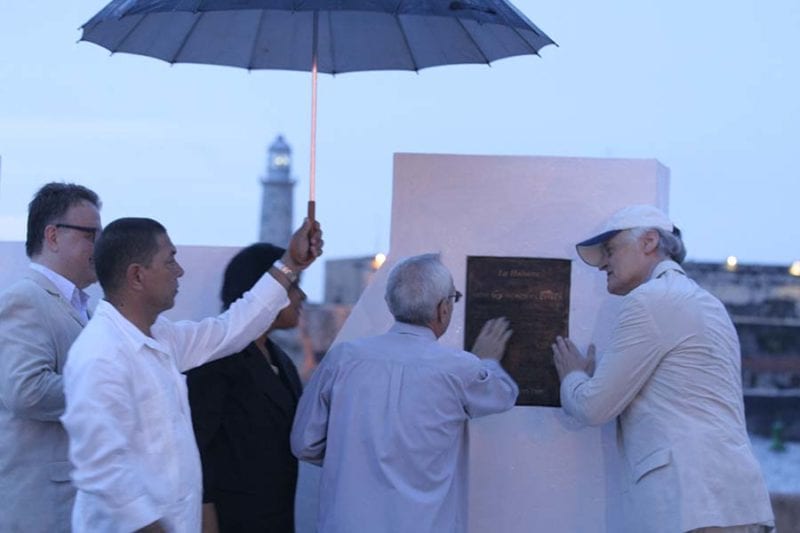 HAVANA TIMES – The Wonder City status granted to Havana in 2014, was made official yesterday afternoon, June 7.

The persistent rain did not stop the ceremony in the courtyard of the Castle of San Salvador de la Punta, declared in 1982 a World Heritage Site along with the Historic Center of Old Havana and the system of fortifications of Havana. It was an appropriate setting for the official unveiling of the monument with plaque, bestowing the Wonder City of the World status to the Cuban capital.

For a few minutes the entrance of the castle sheltered those whose who took the opportunity to attend the public event on the occasion of the noble idea. Presiding were Havana City Historian, Dr. Eusebio Leal, along with Bernard Weber, president and organizer of the New7Wonders Foundation contest and Mercedes López Acea Vice President of the Cuban Council of State.