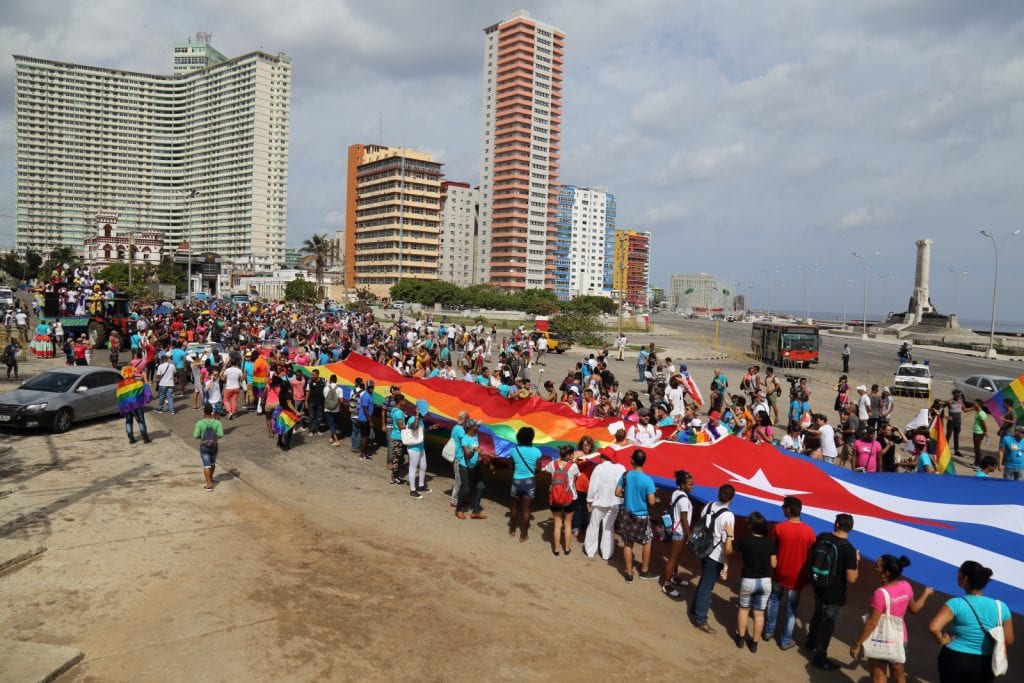 HAVANA TIMES – Today in the Cuban capital ten years of activism for the rights of the homosexual and transexual community was celebrated with calls against homophobia and the ongoing demand for the approval of marriage equality.

A parade along the Malecon, the traditional seaside promenade of Havana, was one of the most important moments of the Cuban Campaign against Homophobia and Transphobia organized by the National Center for Sexual Education (Cenesex) led by Mariela Castro, the daughter of President Raul Castro.

Mariela Castro defended that the issue of the rights of the LGTBI community is already “on the political agenda” of the Communist Party of Cuba (PCC) and the National Assembly.

“The issue is already discussed in the meetings of the Party, and that is an achievement,” affirmed Castro before beginning the parade.

During the march, phrases such as “Revolution yes, homophobia no” or “I am Fidel, I am Fidel” were shouted while Cuban and rainbow flags were being waved, symbolizing the LGBTI community internationally.

Castro recalled that there are still “many challenges, especially in the legislative area” in reference to changes in the Family Code to recognize same-sex marriage, one of the main demands of the Cuban homosexual community.

The proposal of the civil unions has been in discussion for years but remains rejected by the “old guard” that maintains historical prejudices towards the gay community on the island.

After the revolutionary triumph of 1959, the homosexual community was persecuted, being marginalized from some professions like teaching and even sending them to agricultural work camps.

Castro noted that up to now, 35 sex reassignment operations have been carried out in state hospitals, which also provide a “psychological accompaniment” to the patients.

Recently, Cenesex launched a campaign focused on preventing homophobic and transphobic bullying at schools, a phenomenon that is not quantified by Cuban authorities “but it is present,” said Mariela Castro.

2 thoughts on “Havana’s 2017 Parade against Homophobia”