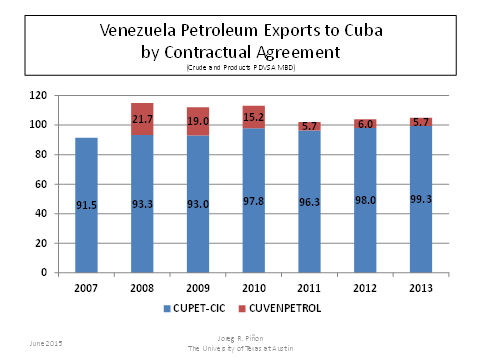 The context and data sources used in these reports by which they reached these conclusions are incorrect. 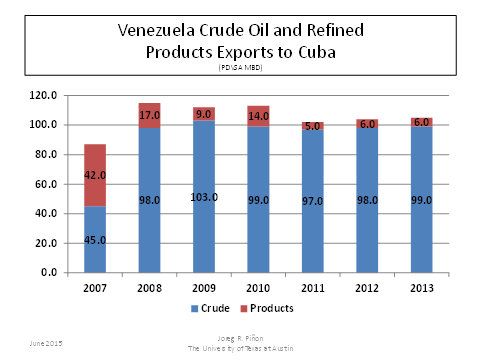 Yes, PDVSA has reduced the volume of Mesa 28 crude oil exported from Venezuela to Cuba; but it has been replaced by a similar volume of crude oil and petroleum products from its Caribbean transshipment terminals of Bonaire, St. Eustatius, Aruba and Bullen Bay and Willemstad, Curacao. 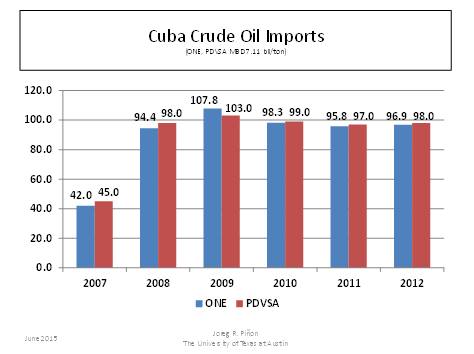 As a result, PDVSA is using some of its own declining light and medium domestic crude oil production, such as Mesa 30-28 crude oil, and for the first time in its history it is also purchasing foreign crudes such as Algerian Saharan Blend and Russian Urals, as diluent and blending stock for their Orinoco heavy crude.

Therefore analysts and researchers that follow oil tankers traffic from Venezuela to Cuba have now also to monitor marine movements between Caribbean transshipment oil terminals and Cuba in order to validate and account for total crude oil and petroleum products deliveries by Venezuela to Cuba.

Our analysis, including that of tanker movement reports, indicate that for 2014 and 1Q-2015 crude oil and petroleum products deliveries by Venezuela to Cuba are still in the average range of 80-90,000 barrels per day under the CIC barter agreement. (See Attachments) Monthly volume fluctuations will occur as a result of refinery unit maintenance (December-January) and hurricane threats when normal working inventory levels increase.

It is important also to note that the Cienfuegos CUVENPETROL joint venture has been processing and blending crude oil and petroleum products for sale to third parties, and these volumes are not part of contractual deliveries by Venezuela to Cuba under the CIC barter agreement. These arms-length commercial transactions are also often misrepresented as the re-sale by Cuba of Venezuelan crude oil deliveries under the CIC barter agreement, which is not the case.